Founded in 1769, San Diego is the oldest town in California. With its fascinating natural beauty, mild temperatures and plenty of sunshine it has a lot to offer. The city boasts popular attractions like the Spanish Colonial-style architecture found in Balboa Park, the world famous San Diego Zoo and the Midway Aircraft Carrier Museum. Love history or want to do a little shopping? Stroll the streets of Old Town San Diego State Historic Park or wander through the Gaslamp Quarter. And with more than 68 miles of beaches in and around the city, sun and surf all you want. 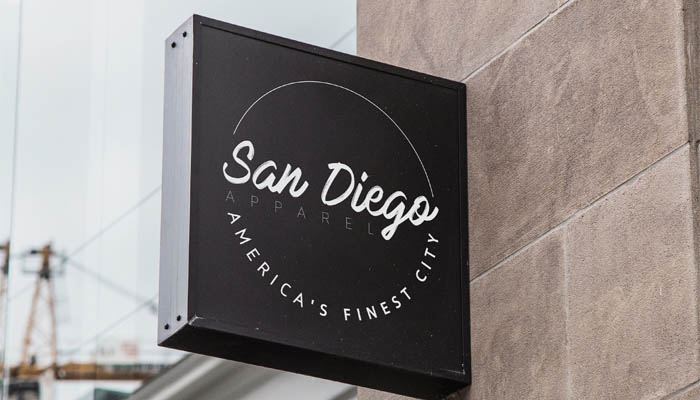 The park was created for the Panama California Exhibition of 1915-1916, most of the buildings of the park have remained the same since then. The Spanish-style low-rise buildings blend perfectly with the natural surroundings. Visitors to the park can see the botanical gardens and lily pond, the Museum of Man, the Museum of Natural History, the San Diego Museum of Art and the famous San Diego Zoo. Balboa Park covers 1,400 acres with historical buildings, numerous museums, gardens and green space.

Located along the waterfront in Mission Bay, SeaWorld is one of San Diego’s main attractions, particularly for families. Around since the 1960s, SeaWorld has been a longtime family tradition. The shows featuring killer whales, sea lions, dolphins among other sea life. One can enjoy all kinds of rides, from roller coasters plowing into water to more easy ones for kids. SeaWorld offers other features like close-up look at sharks and other sea creatures that can be seen through an acrylic tunnel, along with touch tanks and close encounters with dolphins including inhabitants of tidal pools.

One of the largest and most famous zoos in the United States, San Diego Zoo is part of Balboa Park. With all kinds of exotic animals, including pandas, which have been successfully bred here, the zoo is spread along a canyon, with many hills. The hills can be a challenge for old visitors and those who can’t climb for health reasons. The zoo prides itself on its animal enclosures designed to recreate natural surroundings.

An area of restored late-19th- and early 20th-century Victorian buildings, the Gaslamp Quarter is a trendy area with shops, restaurants and galleries, attracting locals and tourists. Covering an area approximately from Broadway to San Diego Bay, Gaslamp Quarter boasts a large number of high-end hotels popular with tourists and business travelers alike due to the great location in downtown San Diego. It was listed on the National Register of Historic Places following its restoration in the 1970s.

Being right on the waterfront, this area of unique shops and restaurants is one of San Diego’s must-sees. Dotted throughout the area are picnic tables, benches and waterfront patios with outdoor performers taking to the stage regularly in the afternoons. It is easily reachable by foot from many of the nearby attractions including the USS Midway. Parking at Seaport Village is limited and not cheap, so it’s best to park a little distance away. Seaport Village is a delightful place to stroll around and spend an afternoon along the waterfront.

The park showcases Mexican and early American history along with interesting shops and restaurants with outdoor patios. It is said that the park was founded in 1820 by demobilized Mexican soldiers who served at the Presidio or in the fort on Presidio Hill, both of which are located on site. But the date seems suspect. Many of the park’s historic buildings, including numerous adobe houses, have undergone restoration work. The Old Town State Historic Park is the most visited state park in California and one can visit it for free.

Offering an incredible view of San Diego and the Pacific Ocean, Point Loma is the place where Juan Rodriguez Cabrillo first landed on the west coast of the United States in 1542. His fantastic “Voyage of Discovery” is told through a variety of displays and exhibits at the Cabrillo National Monument. A large statue of Juan Rodriguez Cabrillo stares out over the land he discovered. Also located at the same place is the refurbished lighthouse building Old Point Loma Lighthouse, built in 1858.

Located in Balboa Park in San Diego that houses a broad collection of Spanish art. The museum opened as The Fine Arts Gallery of San Diego on February 28, 1926, and changed its name to the San Diego Museum of Art in 1978. The museum’s collection covers art from Spanish painters including a broad spectrum of works from around the world and pieces dating back to 7,000 years. Spanish old master paintings, along with busts of Spanish painters adorning the facade couple Asian art, European art and art from the Americas. Nearly half a million people visit the museum each year.

The USS Midway Museum is a maritime museum located in downtown San Diego, California at Navy Pier. The highlights of the USS Midway Museum include over 60 exhibits and 25 restored aircraft. USS Midway was the United States’ longest-serving aircraft carrier of the 20th century, from 1945 to 1992, with more than 225,000 military service personnel serving on the ship. Today, one can take a self-guided audio tour to learn all about its history. You can try a flight simulator on board for an extra charge.

A community built on a sandbar between the Pacific Ocean and Mission Bay, Mission Beach stretches across nearly two miles of oceanfront. Embodying the dreamy Southern California lifestyle, Mission Beach Boardwalk is a scenic three-mile stretch popular for rollerblading, skateboarding, cycling, sunbathing, and leisurely walks or just people-watching. The highlight of the beach is Belmont Park, a seaside amusement park with a historic roller coaster, sumptuous restaurants, fairground eateries and enjoyable street performances.

If you want to witness an awe-inspiring experience of the Southern California sunset, one of the best places to go is Sunset Cliffs Natural Park. Stretching for 68 acres along coastal bluffs above the Pacific Ocean, it makes for an incomparable viewpoint. The ocean panoramas change as the rays of the sun transform the horizon from magnificent blue to glorious rosy-toned hues. During the gray whale migration season, one can spot the whales as they migrate to Baja California in Mexico.

Mission Basilica San Diego de Alcala was the first Franciscan mission in California. It was founded in 1769 by Spanish Franciscan Father from Majorca, Junipero Serra, on the land long inhabited by the Kumeyaay people. The mission and its surrounding area were named after the Catholic Didacus of Alcala, a Spaniard more commonly known as Diego de San Nicolas or San Diego. Mission Basilica San Diego de Alcala was also the site of the first Christian burial in Alta California. The city of San Diego is also generally regarded as the site of the region’s first public execution, in 1778. The tomb of Father Luis Jayme, California’s first Christian martyr, lies beneath the chancel floor. Built in the early 19th century, the present church is the fifth to stand on its site. Today, one can see the old church with its bell-tower, declared a basilica in the 1970s, a beautiful garden and a small museum. The mission is a National Historic Landmark.

If you’re looking for more information on these and more tourist attractions in California, get Cox in San Diego for a dependable and reliable connection and service.