Things to know before Visiting Vatican

Located within the city limits of the Vatican City are the Vatican Museums and St. Peter’s Basilica, two of the world’s most popular attractions.  Pope Julius II founded the Vatican Museums in the early 16th-century.  They house all the artwork collected by the various popes over the centuries.  The Vatican Museums are made up of 54 individual museums that culminate towards the breathtaking majesty of the Sistine Chapel.  It is in here that you marvel at Michelangelo’s beautiful frescoes, “The Creation of Adam” and “The Last Judgement.”  Then, of course, there is St. Peter’s Basilica which is built over the grave of St. Peter, who is recognized by the Catholic church as the first of its unbroken succession of popes.  But, enough with the history, let’s talk about the practicalities of getting there and getting in. 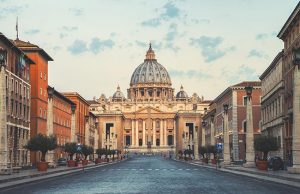 The Metro is the quickest way to the Vatican City.  Jump on Line A and ride it to Lepanto or Ottaviano.  For those interested in getting straight to it, Ottaviano is closer to the Vatican than Lepanto.  But, if you’re keen on a walk through Cola di Rienzo, a popular shopping street, then hop off at Lepanto.

If you take the 492 bus and get off at Piazza Risorgimento, you are a 5-minute walk in either direction to the entrances of either the Vatican Museums or St. Peter’s Square.

Stopping at the bottom of Via Della Conciliazione is bus number 492.  If you get off here, you are a short walk from St. Peter’s Square.  Connecting Termini Central station and the Vatican city is bus number 64.  This along with Bus 81 are good because they also serve a lot of Rome’s other major attractions.

If you want to get into the Vatican City and stay in, this is an important rule.  The Vatican City does have a strict dress code.  After all, not only is the city head of the Papacy, but it’s where the Pope lives.  So, remember to be respectful of this.  Generally, a good rule of thumb is to avoid wearing anything that does not cover your shoulders or your knees.  This will be difficult in the summer months when Rome can get very hot.  But, it’s a small price to pay to get to see a truly spectacular place.  It’s also worth noting that the Swiss Guard are very vigilant and keep a keen eye out for anyone who is not dressed appropriately.

The reality is that there is no best time to visit the Vatican, this is one of the busiest attractions in Italy.  During peak season approximately 25,000 people pass through its halls.  That being said, there are better times and ways to visit.  Contrary to popular belief, mornings at the Vatican are not always quieter.  In fact, a lot of the time this is when tour groups – the kind that comes on buses – visit.  Opt for an afternoon visit, say from 2.00 pm.  As you push further into the afternoon and closer to the Vatican’s closing times, crowds will begin to thin out.  This is great when it comes to seeing the Sistine Chapel as it will be much quieter.  Most important though is to remember to book Vatican tickets to visit the Museums and St. Peter’s Basilica in advance.  Having tickets beforehand gives you fast track access, and you can skip the lines, which will save you hours of time.

If you’re in Florence, then you’re definitely going to need to make time for a visit to the Boboli Gardens.  They are one of the most beautiful gardens in the world (if your grandmother asks though, make sure you tell her’s a better, okay).  Also, after a full few days wandering around museums like the Uffizi Gallery and Galleria dell’Accademia you’re going to need a few hours outdoors, getting some fresh air.  But, before you head out, take a second to read about the what, where and when to get the most out of your visit. 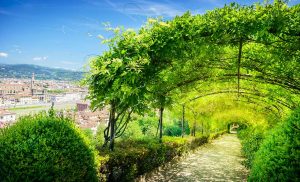 Sitting behind Pitti Palace and built for the Duchess Eleonora of Toledo, the Boboli Gardens began life in 1549 under designer Niccolo Pericoli (also known as Tribolo).  After the death of Pericoli, work was continued by Bartolomeo Ammanati with contributions from Giorgio Vasari (who designed the Grottos) and Bernardo Buontalenti (who designed the sculptures).  Interestingly, the Garden’s have no natural water source, and a conduit was built specifically to redirect water from the River Arno into an elaborately designed irrigation system.

Now, the Boboli Garden’s are an oasis in a city.  A veritable Eden of lush greens, twisty, shaded lanes and breathtaking architecture.  The Grottos are a must see, the gardens’ centerpiece.  The artificial cave is a stunning piece of work, decorated with stalactites, stalagmites, rocks, shells, and sponges.

To get to the Boboli Gardens your best bet in to jump on a bus.  The area is very well serviced.  You can grab the Number 11 bus has two stops along the Via Romana: Stop 1, Piazza San Felice; Stop 2, Romana.  Both are a very short walk from Pitti Palace and one of the main entrances to the Gardens.

You could also take the bus Number C3 or D which both stop at Pitti and Santo Spirito, both right in front of the Pitti Palace.

There are four entrances into the Boboli Gardens with ticket offices at each.  The main entrance is at the Pitti Palace.  The other three are at Forte Belvedere, Via Romana 27/A, and Porta Romana.

The best time to visit the Boboli Gardens is when you’re feeling overloaded with museums and need a break from the city.  Because it’s such a beautiful, sprawling area of greenery, you don’t have to worry about crowds. At the Gardens can always find a beautiful corner to sit down and enjoy some quiet.