On completion, Barcelona’s Sagrada Familia will be the tallest church in it’s towering towers outstretching southern Germany’s 162 meters Ulm Cathedral. The idea for the church sprung from the mind of Jose Maria Bocabella, a book publisher. Construction began in March of 1882 with Francisco del Villar as head architect. However, after falling out with Bocabella, Gaudi was brought on board. The project soon became Gaudi’s life, and in his later years, he moved into the building. When Gaudi was killed by a tram in 1926, he was only a few streets from the Sagrada Familia. 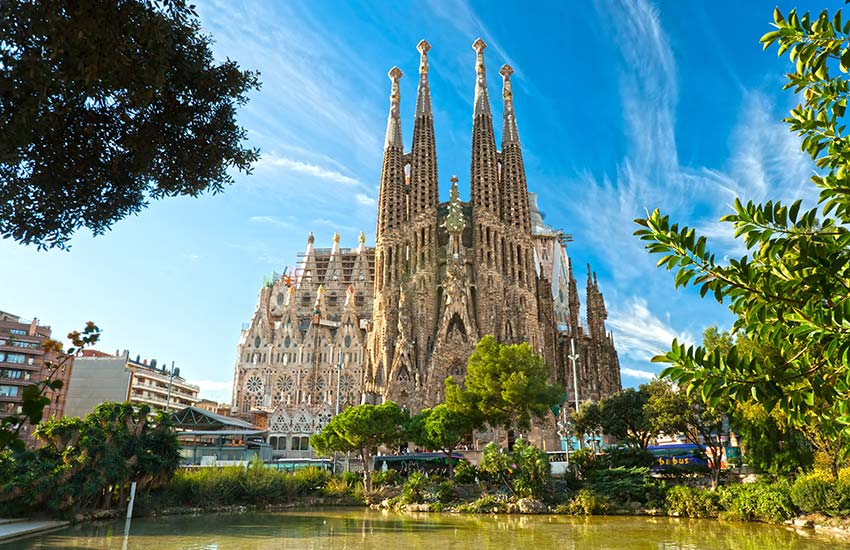 Where is it and how do I get there?

Do I need a ticket?

Yes, you do have to buy Sagrada Familia ticket. Although you can walk around and marvel at the buildings impressive architecture and towers from outside, you’d be denying yourself the spectacular interior. And, why would you do that?

Where do I get tickets from?

You can buy tickets from the ticket office located at the main entrance. But, queues are long (everybody wants to see the Sagrada Familia) and wait times, especially in the summer, can be upwards of 2 hours. Book online tickets for ease.

Is it worth getting a guide?

This is a bit like asking: “is it worth going to school?” Sure, you can walk enjoy the Sagrada Familia without a tour guide and lose yourself in the buildings transcendent beauty. But, a tour guide will be able to tell you everything you want to know about the fantastic structure. If you’ve got any questions that your guidebook can’t answer, you’ve got someone to hand who can.

Park Guell is a UNESCO listed park located North of Barcelona’s Gracia district in the hills of Carmel. It was built by renowned Catalan Modernist architect, Antoni Gaudi.

Then why’s it called Park Guell and not Park Gaudi?

Because, when the industrialist Eusebi Guell – Gaudi’s patron – bought the land he instructed the architect to build a garden city. That’s why. 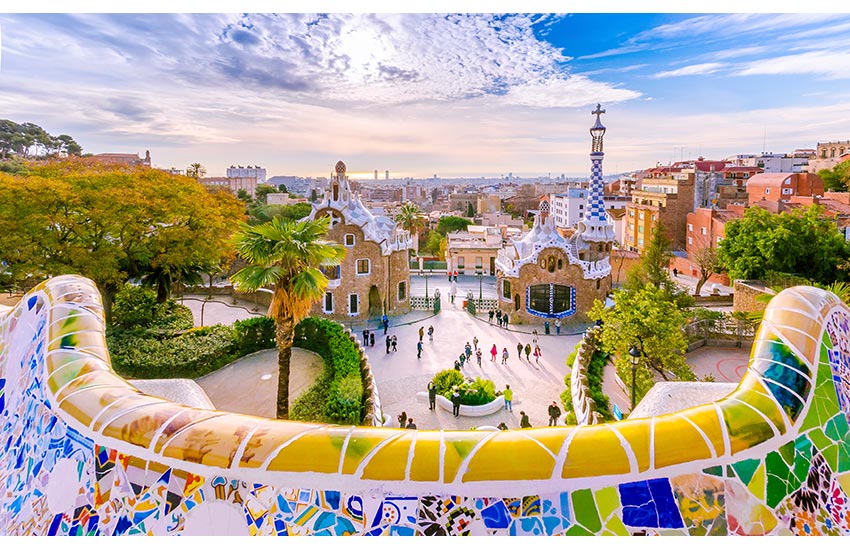 Park Guell is a stunning work of architectural art where nature and architecture exist in perfect harmony. Initially, the park was envisioned as a housing project for wealthy Barcelonians who wanted to live away from the hustle and bustle of the city center. However, when the project failed to attract investors, the idea was abandoned and eventually the land – and the work that was done to it – was opened to the public.

Gaudi has crafted in Park Guell a beautiful homage to nature. The park is both a wonderland of beauty and curiosity that is organic in style and sure to be unlike anything that you will ever have seen.

Okay, sounds good. How do I get there?

You can get to Park Guell a number of ways. If you want, take metro line L3 (Green) and get off at Lesseps or Vallcarca metro stations. From here it’s a 15-minute walk. You can also take the H6 or 32 buses and get off at Travessera de Dalt. From here proceed on foot for 10 minutes. For those not keen on a walk, take the 24 or the 92 and get off at the Carmel-Park Guell stop which is right in front of one of the main entrances.

Do I need a ticket?

Part of Park Guell is free meaning you can enjoy some of Gaudi’s handiwork and some spectacular views of Barcelona at absolutely no cost. But, if you really want to experience the enchanting environment that is Park Guell, you’re going to have to bone up and buy some tickets. Don’t worry though; it’s worth it.

Single Park Guell tickets cost 7€, and then you’re free to wonder at your own leisure. But, it’s definitely worth checking out tour options too. A tour around the Park brings to light tons of interesting details about Gaudi, the architecture, and the beautiful smashed tile mosaics.

Yeah, make sure you snap a photo with the beautifully ornate, tiled dragon that sits on the Park’s central staircase. It’s a must.

dotravel is author at LeraBlog. The author's views are entirely their own and may not reflect the views and opinions of LeraBlog staff.