We all know there is more to this world than what we see through our window. If you are looking out onto your own garden then why not take the chance to expand your horizons and explore your love of gardens on a whole new scale! Seek inspiration, new styles and ideas with this guide to the best flower gardens around the world. 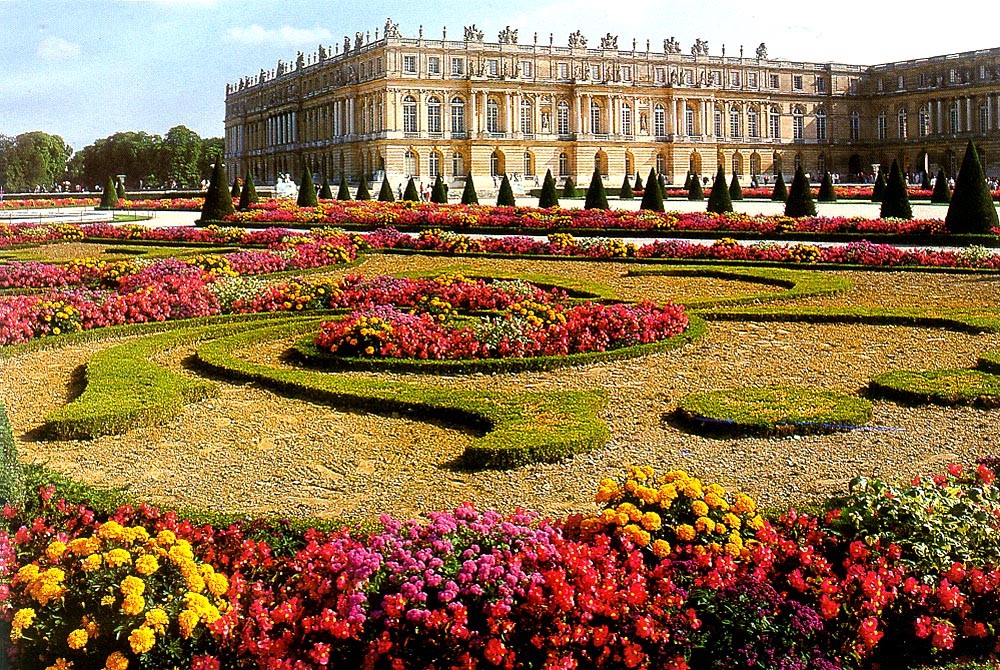 The gardens of Versailles are rich in their splendour and grand surroundings offering an elegant splash of colour amongst the grand surroundings. The neat topiary trees and hedgerows are set in 800 hectares and in 1661 Andre Le Notre was commissioned by Louis XIV with the task of designing the layout of the gardens. The works began at the same time as those of the palace and took forty years to complete. Further land was purchased from Jean-Francois de Gondi in 1632 by Louis XIII.

The gardens are home to a variety of settings not just flower beds, relax in the Orangery, stroll by the canal or take a moment to watch some of the many ornate fountains. Tickets are available from the website and you can purchase a two day passport allowing you access to the Palace and grounds - something worth looking into as you won't want to rush around this garden. 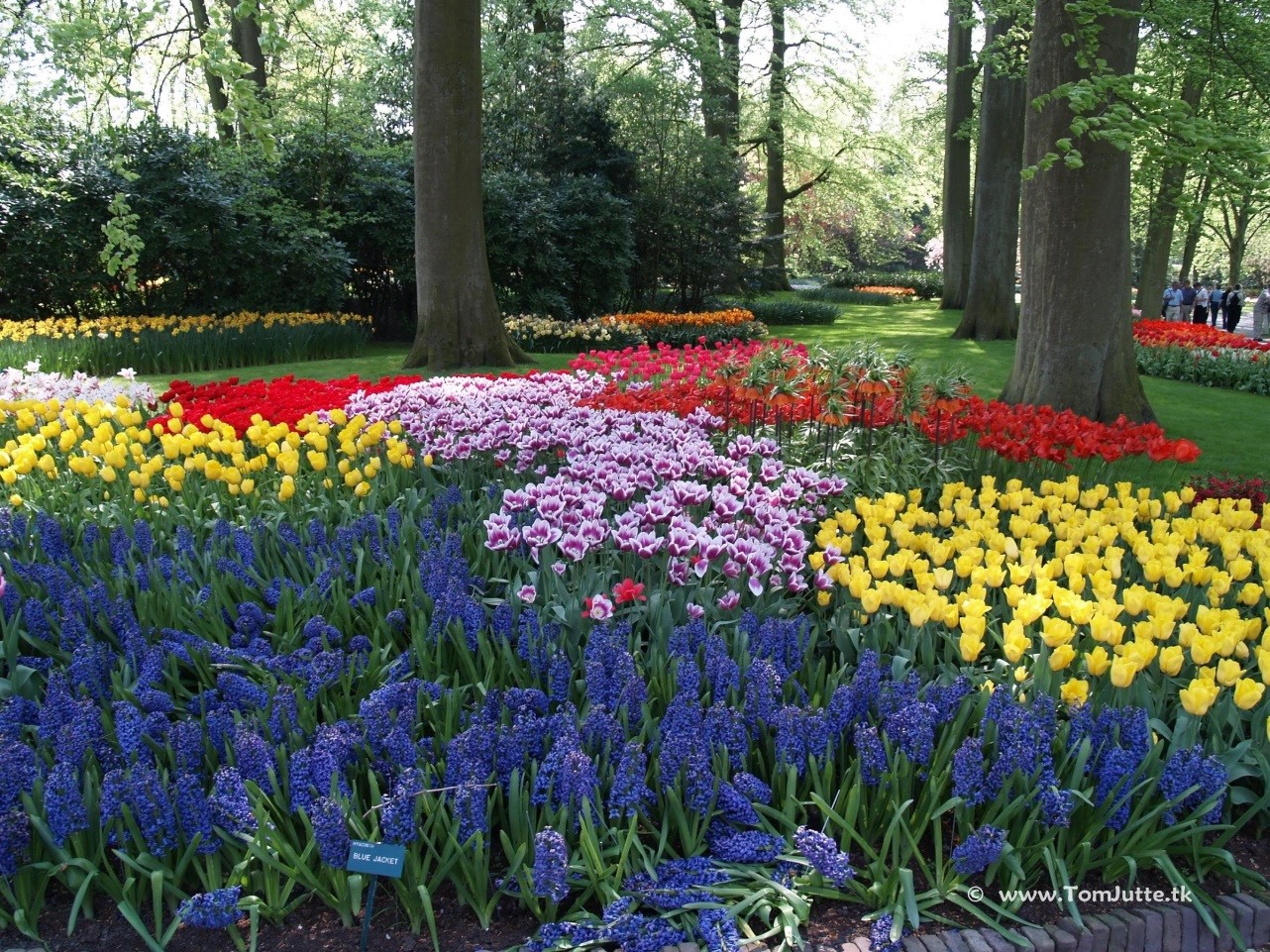 The world's largest flower garden, also known as â€˜the garden of Europe' is home to Seven million tulips, including special hybrids found nowhere else, these flowers carpet 79 acres. The garden was established in 1949 by the then-mayor of Lisse. The idea was to present a flower exhibit where growers from all over the Netherlands and Europe could show off their hybrids - and help the Dutch export industry (the Netherlands is the world’s largest exporter of flowers). Admire the amaryllis and cruise past the crocuses, floral mosaics, hedge maze and there's even a treasure hunt to keep the kids entertained.

The best time to see the tulips is mid-April; The garden is open mid-march to mid-May. 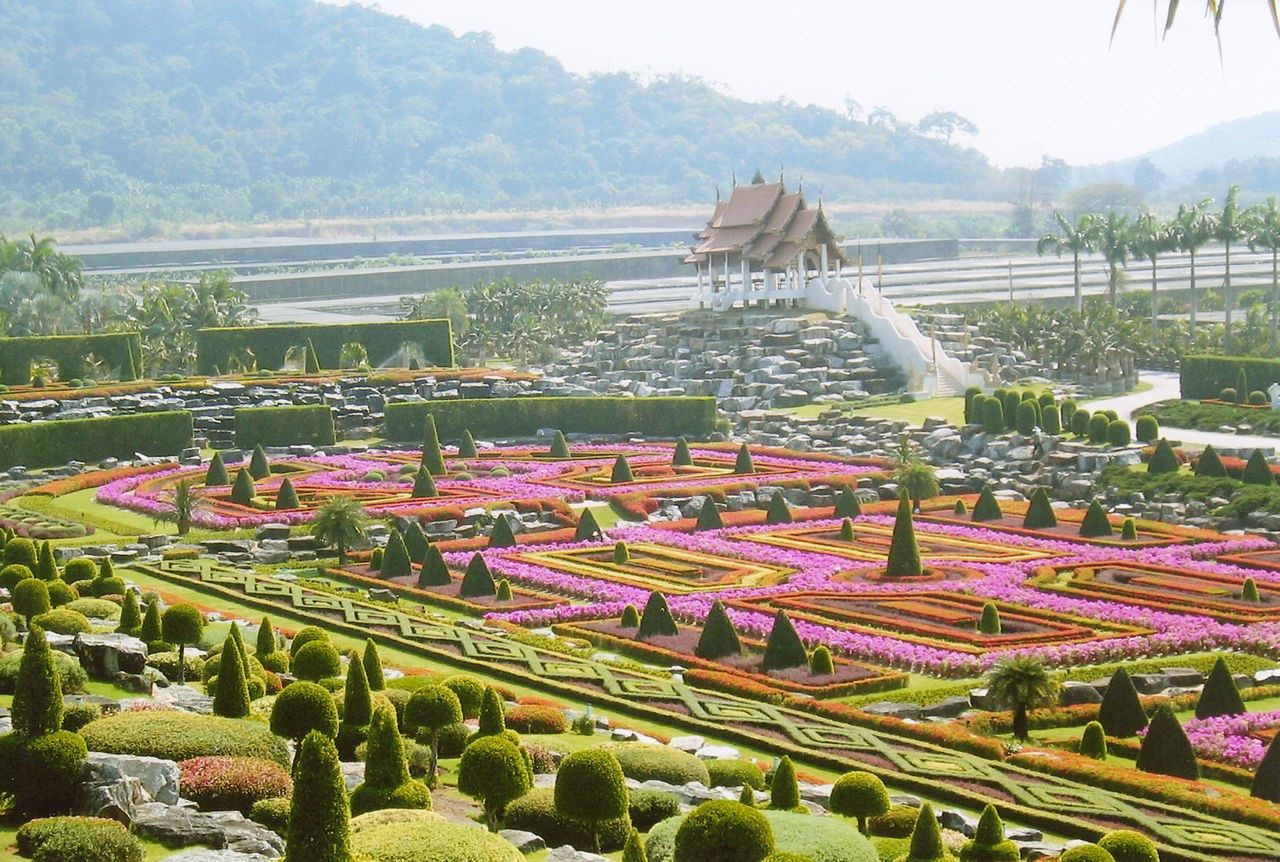 Considered to be the best garden in South East Asia, Pattaya, is a vast 600 acres area bought by Mr. Pisit and Mrs. Nongnooch in 1954, this land was predicted to be a fruit plantation, but Mrs. Nongnooch made a trip abroad and came back with a firm decision to create there a tropical garden of ornamental plants and flowers. It now has Thai style houses, halls, villas, cottages, restaurants and even swimming pools, and has over 2000 visitors a day.
In 1980 it was opened to the public and got an official name “Suan Nong Nooch”. Suan means “garden,” since it is a place where everybody concerned can get acquainted with Thai Culture. 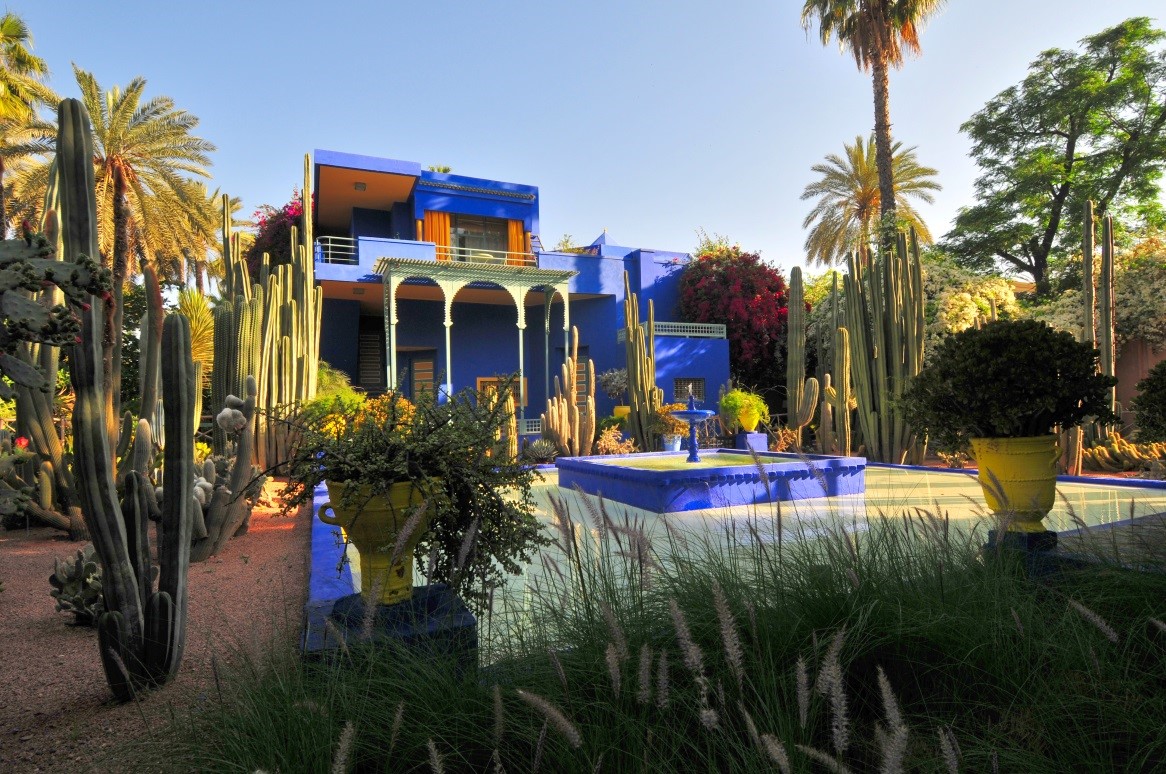 It took French ex-pat painter Jacques Majorelle forty years of passion and dedication to create this enchanting place - from the 1920s. Shady pathways, bubbling streams, pools filled with water lilies and lotus flowers are welcome shelter from the bustling city, making it a cool and tranquil escape. Bright, rich colours are typically Moroccan; walkways are painted a dusty pink, Fountains and cacti blend neatly amongst the flowerpots that are bright yellow or turquoise, contrasting with the vibrant orange of the ornamental carp in the lily-padded pools. The distinct shade of cobalt blue is a beautiful colour pop that reminds you where exactly in the world you are. Here is also where Yves Saint Laurent chose to have his ashes scattered amongst the kaleidoscope of tropical colour. 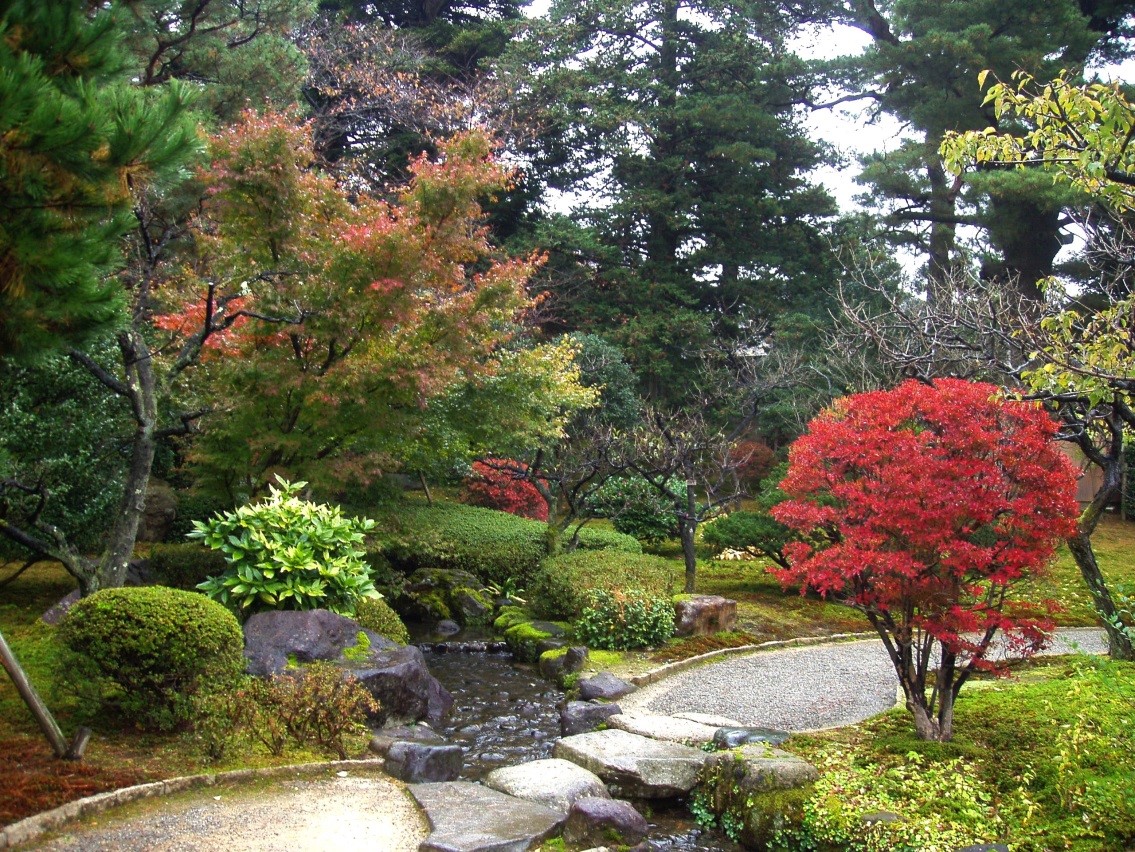 Famous for its beauty across all the seasons the garden was developed from the 1620s to the 1840s by the Maeda clan, who ruled the former Kaga Domain. It is home to the oldest fountain in japan, YÅ«gao-tei, a teahouse built in 1774 and a huge pond known as Kasumigaike. There is a stone lantern designed in the image of the Japanese koto (harp) by the pond, which has become the symbol of Kenroku-en Garden. The beauty of the flowers and trees, such as plum and cherry blossoms in spring, azaleas and irises early in summer, and colourful red and yellow leaves in autumn cover a landscape of 11.4 Hectares. This is not all; visitors will have a glorious view of seasonal natural beauty including the snow-covered landscape. 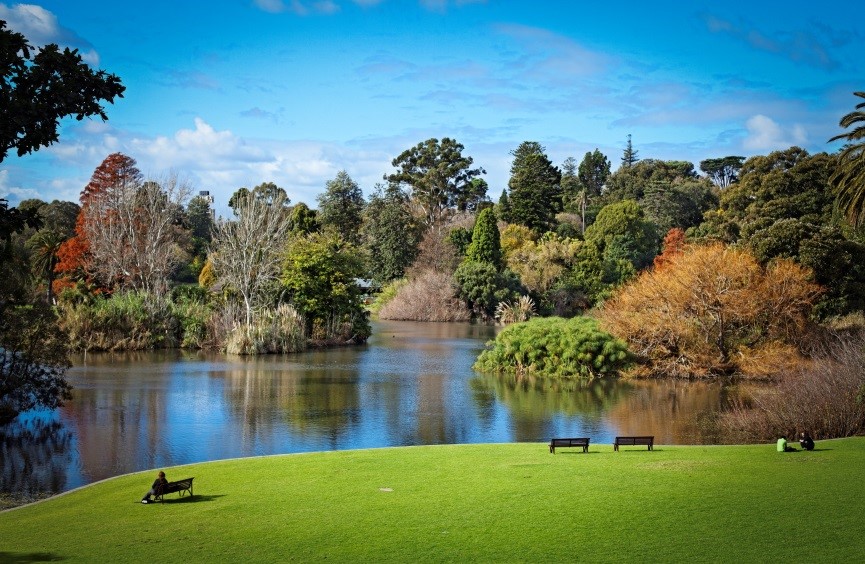 Opened in 1846 these gardens were the origin from which many introduced species spread throughout south-eastern Australia as seeds were traded between early European botanists in the mid-19th century. Situated on the south bank of the Yarra River and spread over 38 hectares with a mix of over 10,000 natural and exotic species ,the gardens attract over 1.5 million visitors a year studying the Australian flora.

The Children's garden is a haven of fun for children to explore, tunnels to climb through, rocks to climb on and a bamboo forest so they can safely play and learn at the same time. You can while away many an hour in these tranquil gardens with something for everyone to enjoy.