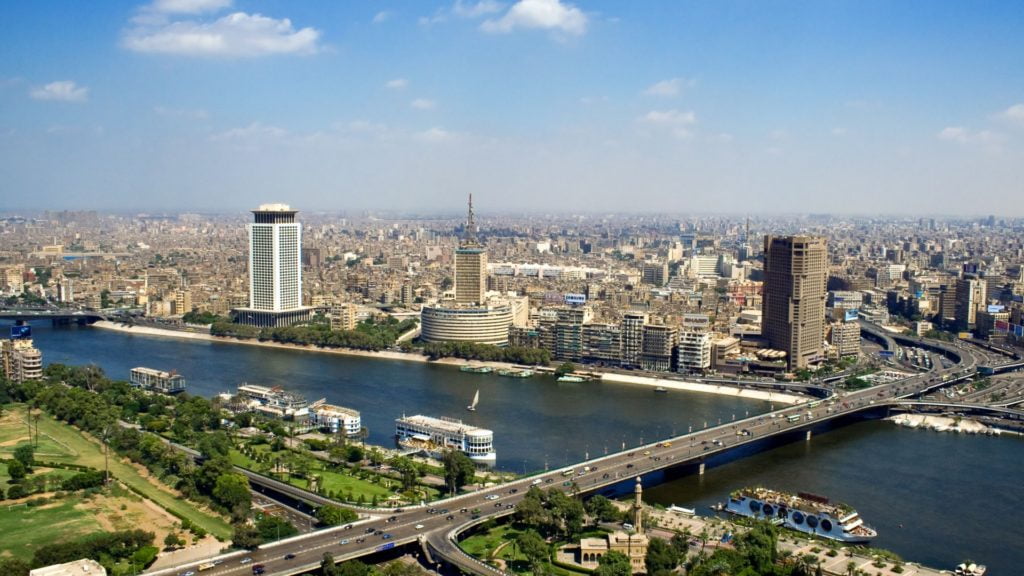 Cairo is the capital of Egypt, home to many historical sights and monuments. Cairo houses an incredible amount of churches and mosques and synagogues having been the capital for many kingdoms across the ages. It’s obviously the home to the Pyramids of Giza – one of the world’s seven wonders and Egypt’s main attraction. With the Grand Egyptian Museum now set to open in September, Cairo is 100% a must visit city in Egypt.

Here are some of the top tourist attractions in Cairo:

The Pyramids of Giza are Cairo’s number one half-day trip and a must-do attraction on everyone’s itinerary. Right on the edge of the city, on the Giza Plateau.

The Giza Plateau is set to welcome another attraction when the Grand Egyptian Museum (GEM) is finally opened (so far said to open next September). When opened, it will be the biggest museum in the world devoted to exhibiting the antiquities of a single civilization, displaying a wealth of Ancient Egypt’s artifacts that have never been seen by the public before.

Located on the hill of Mokkatam near the center of Cairo, the citadel was completed in 1182 AD by the hands of founder Salah El Dein to become a fortress against foreign invaders.

A time travelling trip back to the time of Mamaleek, Khan EL Khalili is one of Cairo’s main tourist attractions. Located in old Cairo as a major souq (market), it became a center of commerce full of beautiful jewelry, carpets, and food!

Of the many churches in Egypt, this one is certainly an eye-catcher, the Hanging Church (Al Kaneesa Al Moalaqa)  is the church of Virgin Mary built on top of a 4th century southern wall of a Roman fortress of Babylon. The church dates back to the 5th century AD and was a witness to many historical decisive events.

The Ben Ezra Synagogue, sometimes known as the El-Geniza,  is in the old neighborhood of Cairo, near by the Hanging Church. 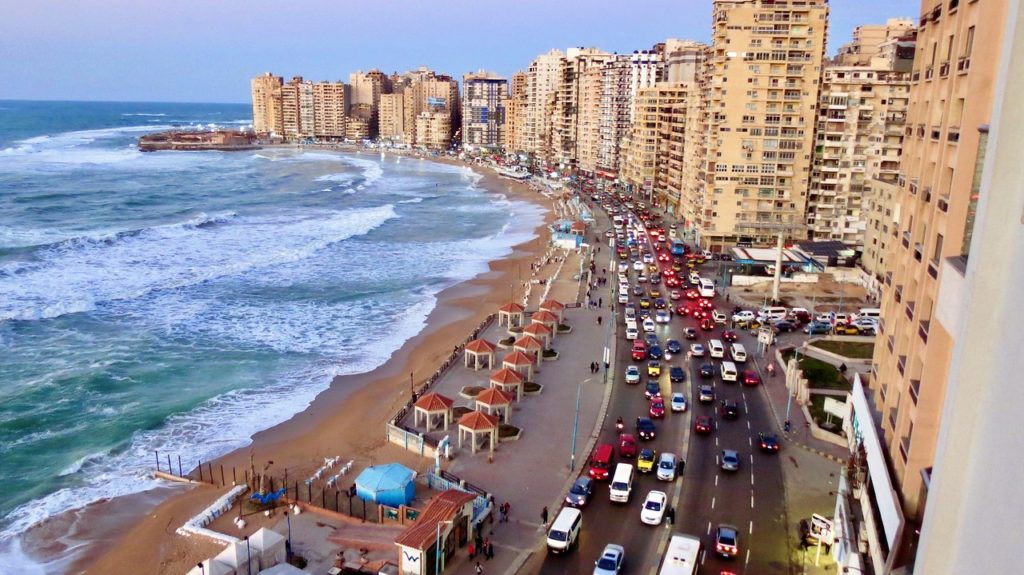 The Citadel of Qaitbay is a 15th-century defensive fortress located on the Mediterranean sea coast, in Alexandria, Egypt. It was established in 1477 AD by Sultan Al-Ashraf Sayf al-Din Qa’it Bay.

Montazah Palace is a palace, museum and extensive gardens in the Montazah district of Alexandria, Egypt. It was built on a low plateau east of central Alexandria overlooking a beach on the Mediterranean Sea

The Bibliotheca Alexandrina is a major library and cultural center located on the shore of the Mediterranean Sea in the Egyptian city of Alexandria. It is both a commemoration of the Library of Alexandria that was lost in antiquity, and an attempt to rekindle something of the brilliance that this earlier center of study and erudition represented.

Of all Luxor’s many monuments, the Temple Complex of Karnak has to be its most astonishing and beautiful feat. All the monuments here are on a gigantic scale, reducing visitors to ant-like proportions as they gaze up at mighty columns and colossal statuary. Even if you’re short on time, don’t scrimp on your visit here. You need at least three hours to try and make sense of the entire complex.

The famed Valley of the Kings, hidden between rocky escarpments, was the final resting place for the kings of the 18th, 19th, and 20th dynasties.

Presiding over the modern downtown district, Luxor Temple is an ode to the changing face of Egypt through the centuries. Built first by Amenophis III (on the site of an earlier sandstone temple), it was known as “the southern harem of Amun” and was dedicated to Amun, his consort Mut, and their son the moon god Khons. Like all Egyptian temples, it comprises the chapels of the deities with their vestibules and subsidiary chambers, a large Hypostyle Hall, and an open Peristyle Court, which was approached from the north by a great colonnade. 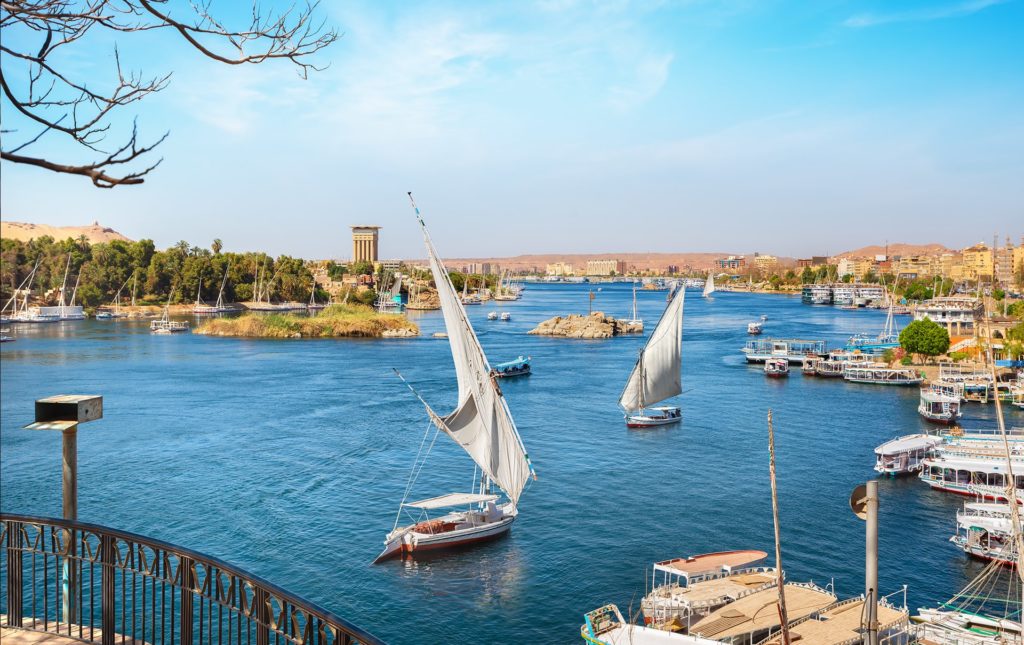 Peppered with palm tree plantations and sloping villages of colorful mud-brick houses, Elephantine Island is Aswan’s major tourist attraction. At its southern end are Aswan Museum and the Ruins of Abu, Aswan’s most ancient settlement, which contains the Old Kingdom Temple of Khnum and the Temple of Satet.

Aswan’s rather fantastic Nubian Museum is one of Egypt’s best and a must for anyone interested in the history and culture of both ancient and modern Nubia. It documents the riches of a culture that was all but washed away with the building of the Aswan Dam and creation of Lake Nasser.

If you have time for only one day trip from Aswan, pick a visit to Abu Simbel. Built by Ramses II, and saved from destruction by a remarkable UNESCO rescue project in the 1970s, Abu Simbel is not only a triumph of ancient architecture, but also of modern engineering. The mammoth scale of the Great Temple of Ramses II and the Temple of Hathor, sitting on the banks of Lake Nasser, trumps everything else in Egypt and has to be seen to be believed.