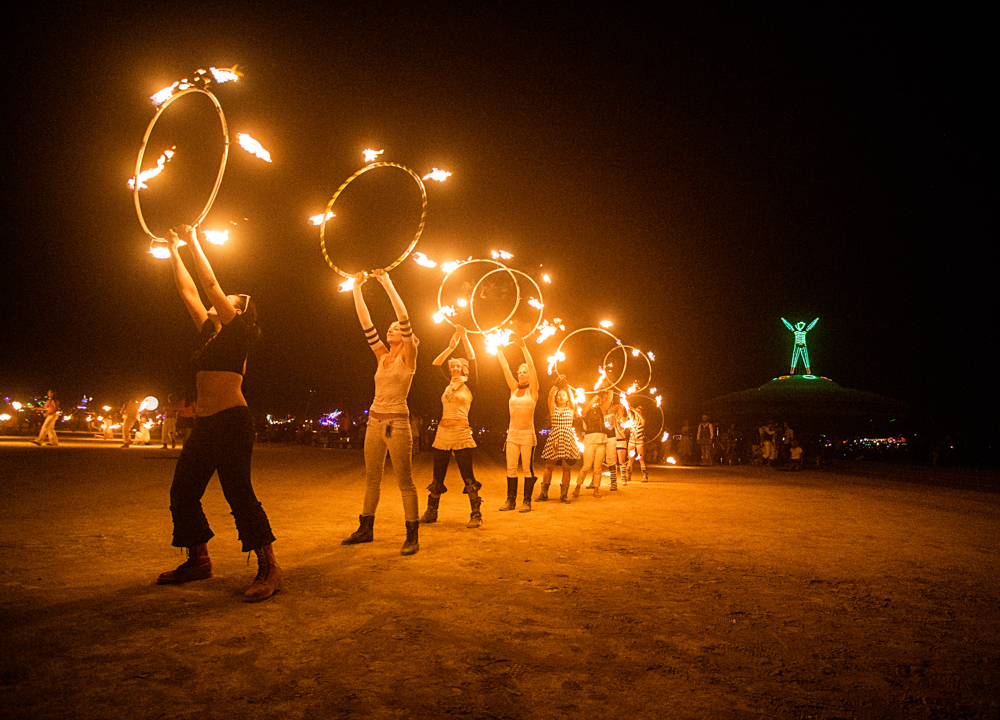 Once a year the Karoo desert of South Africa hosts a spectacular arts festival. This festival is called AfrikaBurn and takes place in Tankwa Karoo National Park. AfrikaBurn is a regional subsidiary of Nevada's more famous Burning Man festival. The South African event is hosted by Afrika Burns Creative Projects, which is a Not-For-Profit company.

AfrikaBurn's first event was held in 2007 and has steadily grown since, in terms of both popularity and attendance. With the first event there were just 1000 participants. In 2013 this figure had grown to 7000.

Each year has its own theme. Previous themes include â€˜Power', â€˜Mirage', â€˜Tribe', â€˜Dream' and â€˜Time'. The themes are intended to help participants to develop cohesive artistic expressions for the event. Everyone is encouraged to not only attend, but also participate. This can be anything from performing music, doing performance art, or just dressing according to the theme. Essentially, like most other cultural arts festivals, it is an event that encourages creative expression in any format.

As a result, the event is volunteer-driven. People are encouraged to volunteer in whatever way they choose. For example, in past years people have created their own theme camps in groups. These are interactive camps that engage festival-goers in various ways, even in simple ways such as hosting creative spaces for group or individual art projects. In previous years there have been margarita bars, art workshops, parties, music lessons, etc. Previous camp names include Metal Heads, Be Dazzled, Land of Soft Things, The Desert Rose, Heartspace, Partycipation, and Silent Cinema.

There is one central sculpture at the event. It is called the San Clan and looks like a rock art glyph made by the San people of the Karoo. The San people are the indigenous people of the North West South Africa, and are more commonly known as â€˜Bushmen'. However, the San have been campaigning to have the word â€˜Bushmen' acknowledged as a derogatory word, so it is becoming less common to refer to them in this way.

More specifically, the event is held on a private farm called Stonehenge which is located next to the Tankwa Karoo National Park. There is no public transport in this part of the country. The easiest way to reach it is to drive from Cape Town, Western Province, on the R355 highway. There is an exit off this highway between the farming towns of Calvinia and Ceres once you have left the Western Cape and reached the Northern Cape Province. On this exit there is a 250km untarred road that takes you to the farm. There are several car hire and shuttle companies in South Africa. You can make a car or shuttle booking online for collection at the airport. It is advisable to spend a night's rest on arrival in Cape Town before travelling to the festival. The road trip from Cape Town is preferred by most people because part of the trip includes passing by vineyards (South Africa produces some excellent wine). Many of these vineyards have guesthouses and one can spend a day doing some winetasting and feasting on fresh seafood. Lamb farmed in the Karoo is also popular because of its flavour and tenderness.

Alternatively, one can get a connecting flight to the city of Kimberly in the Northern Cape and drive from there. This is a quicker way to get to the festival.

If planning to set up a theme camp it is important to arrive at the farm at least a few days earlier to guarantee a suitable sized camp space. Space is allocated on a first come first serve basis.

The event is held during South Africa's autumn, between April and May for a week, but festival-goers do not have to attend for the duration of the festival. While it is held in the desert, temperatures can drop significantly, especially during the nights, seeing as it is held in autumn. It is important pack enough warm clothes, such as fleeces. During the day the temperatures can be +20 degrees Celsius.

There are no modern amenities such as bathrooms, though portable toilets are provided. So it is essential to bring items such as hand sanitizer, toilet paper, drinking water, flashlights, camping tents or mobile homes. Also bring your own food and outdoor cooking items as there is no electricity.

Participants and the organisers are not allowed to profit from the event, so nothing may be sold. However, bartering is allowed.
As AfrikaBurn is a regional event of Burning Man it follows the same Burning Man principles. These principles include communal effort, self-expression, self-reliance, and Leave No Trace.

Pets are not permitted to attend for both the safety of the pets and the participants as there are loud noises, etc.

Here is a documentary by RussiaToday news channel on Burning Man Festival.