Not all people are aware that Udaipur is also famous for its temples. These temples are visited by thousands of tourists every year. Most of these temples were built by the Kings of Mewar dynasty and showcase their brilliant taste of design and architecture. We have compiled a list of popular temples of Udaipur and their historical background. 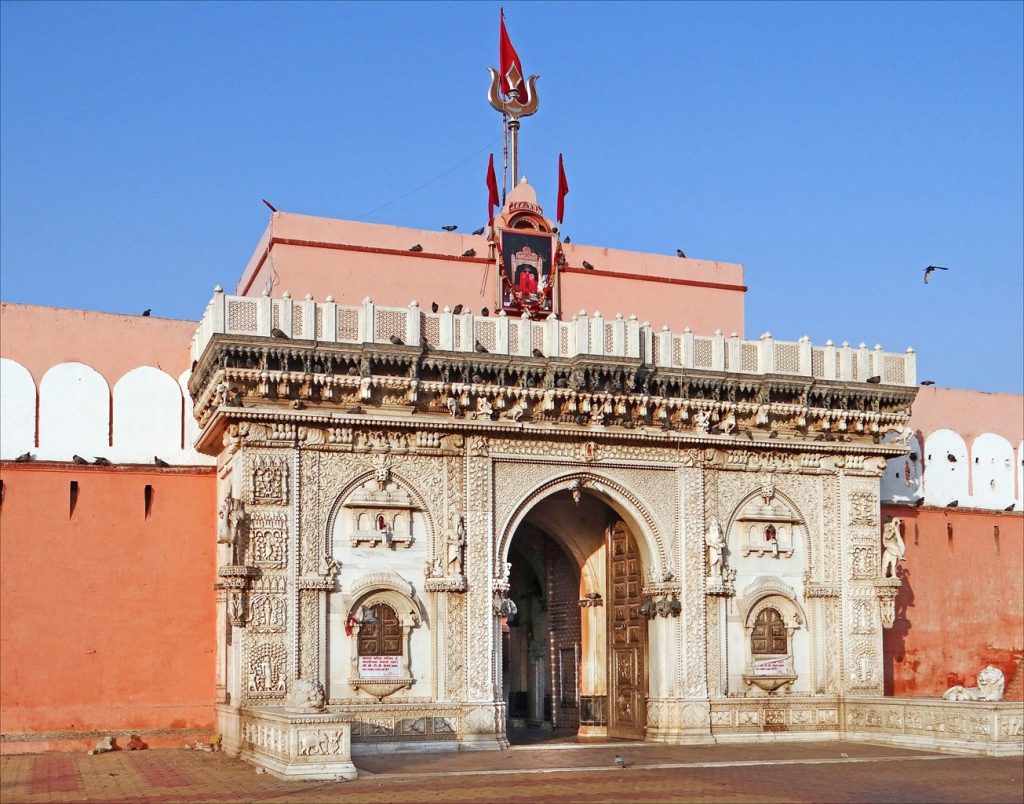 It is a very famous temple of Udaipur and believed to be more than 350 years old. Situated near Mohanlal Sukhadia University, it houses a grand statue of Lord Ganesh which bestows its blessings to a large number of devotees visiting every day. Devotees believe that whenever you are starting something new in your life like new business or a new relationship, it is auspicious to visit this temple and take the blessing of Lord Ganesha. Wednesday is considered as the special day to worship Lord Ganesha and on that day number of visitors swell to thousands. 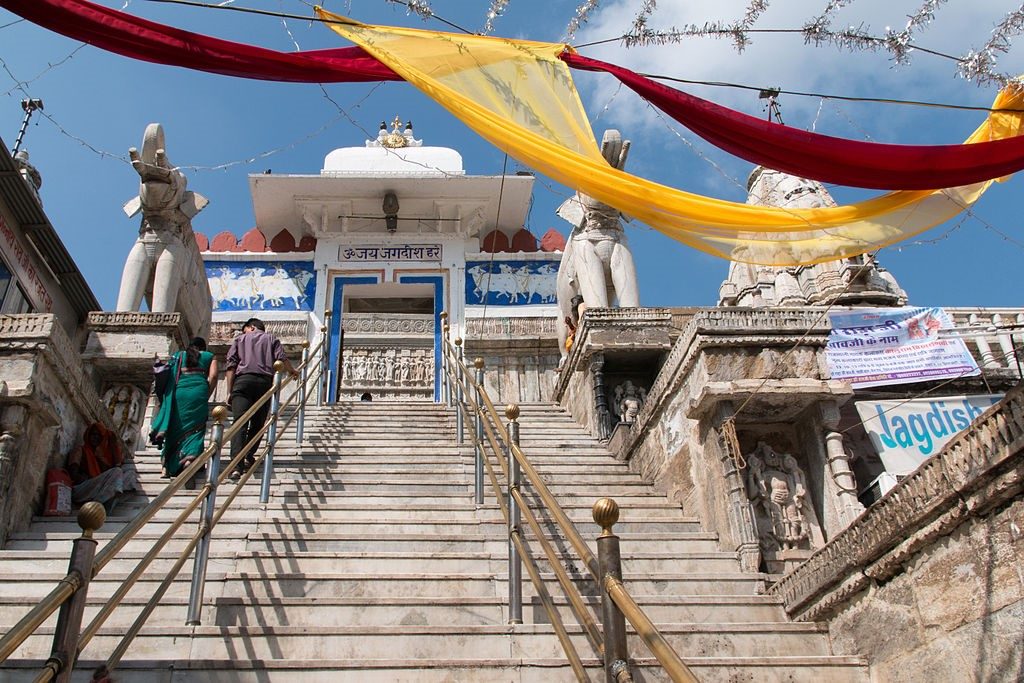 Situated on top of Machhla Hills, this temple is surrounded by beautiful natural landscapes. Visitors get a panoramic view of Lake Pichhola, Sajjangarh and Dudh Talai from this temple. There is a sunset point built inside the temple which gives you stunning views. It can be reached via two routes, one is through the ropeway starting from Dudh Talai and the second one is through the stairs that start from Deendayal Upadhyay Park. Maharana Karan Singh built this temple between 1620 and 1628. It is maintained by Manshapurna Karni Mata Development Committee. 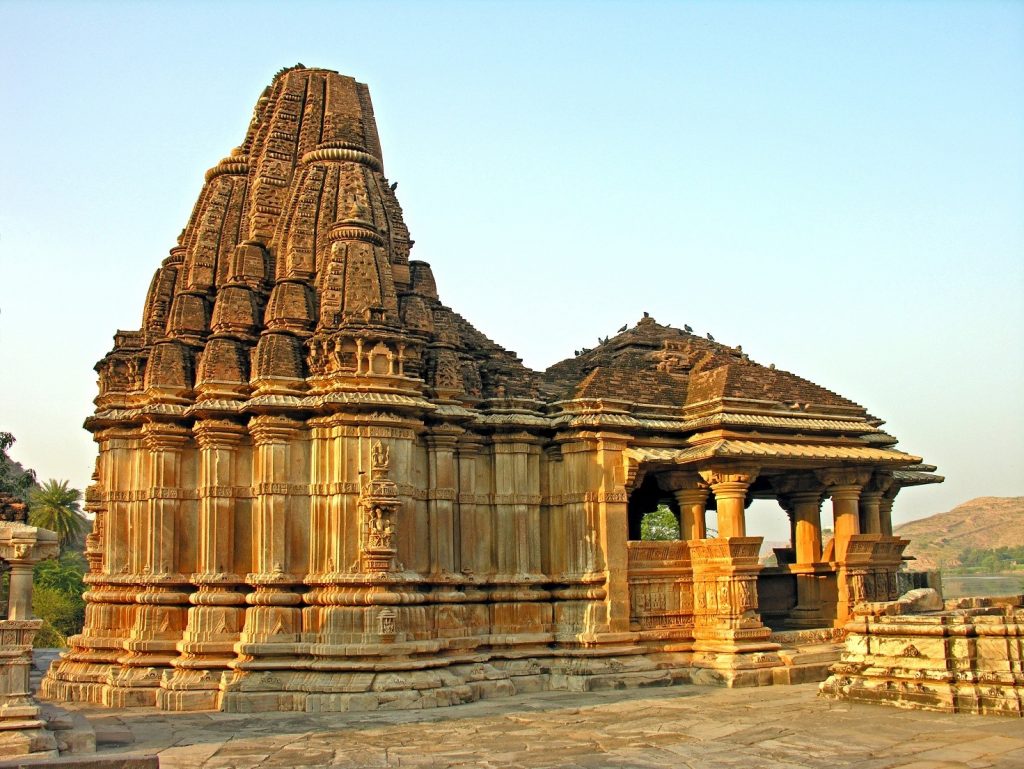 It was built by Maharana Jagat Singh who was a staunch disciple of Lord Jaganath Puri of Orissa. On one occasion he could not reach the Rath Yatra on time and he decided to build the Jagannath Temple in Udaipur itself so that he could pray to Lord Jagannath in his own city. It was completed in 1651 and the architecture of the temple is inspired by Puri Temple.

Built by the ruler of Mewar dynasty, Kailashpuri Bappa, this pious temple is situated 22 kilometers from Udaipur. It is believed that Kailashpuri Bappa discovered a Shivalingam inside a dense forest and he accepted it as a message by Lord Shiva to build a temple there. Ekling ji Temple is visited by thousands of devotees every year. During the festival of Maha Shivratri, the ambiance of the temple gets filled with the highest level of veneration and spirituality. 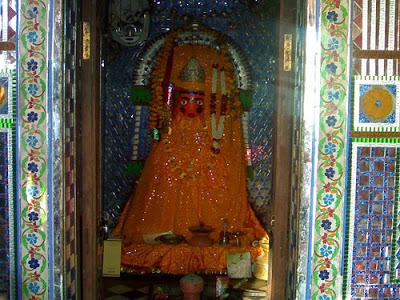 It is situated at a hill top near Fateh Sagar Lake and considered as Vaishno Mata of Udaipur. The name Neemach Mata was taken due to its origin, which was under a Neem tree. Devotees believe that those who visit the temple regularly and pray here will never get any skin ailments because of the strong spiritual effect of the Neem tree. 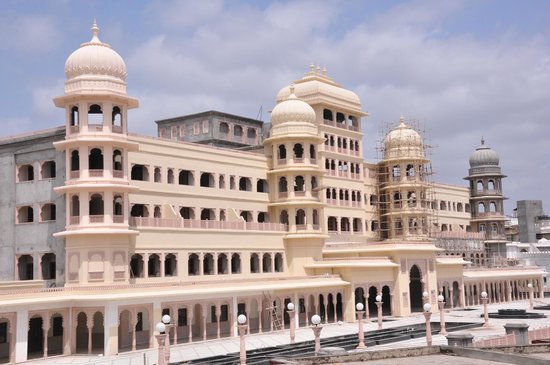 It is situated at Nathdwara, around 50 kilometers from Udaipur city, Built in the 17th century, it is considered as the gateway to Lord Shrinath Ji. It is believed that during that time Mughal Emperor Aurangzeb wanted to demolish the idol of Lord Krishna kept at Vrindavan. The idol was transferred to the safe place at Nathdwara for some time. The temple was built at the very same spot where the idol was kept. You will find people of all castes and creeds thronging the temple for taking the blessings of Lord Shrinath.

Udaipur is a popular weekend destination for Ahmedabad residents. The most convenient mode of travel is by Ahmedabad to Udaipur cabs.

An article contributed by http://www.savaari.com/