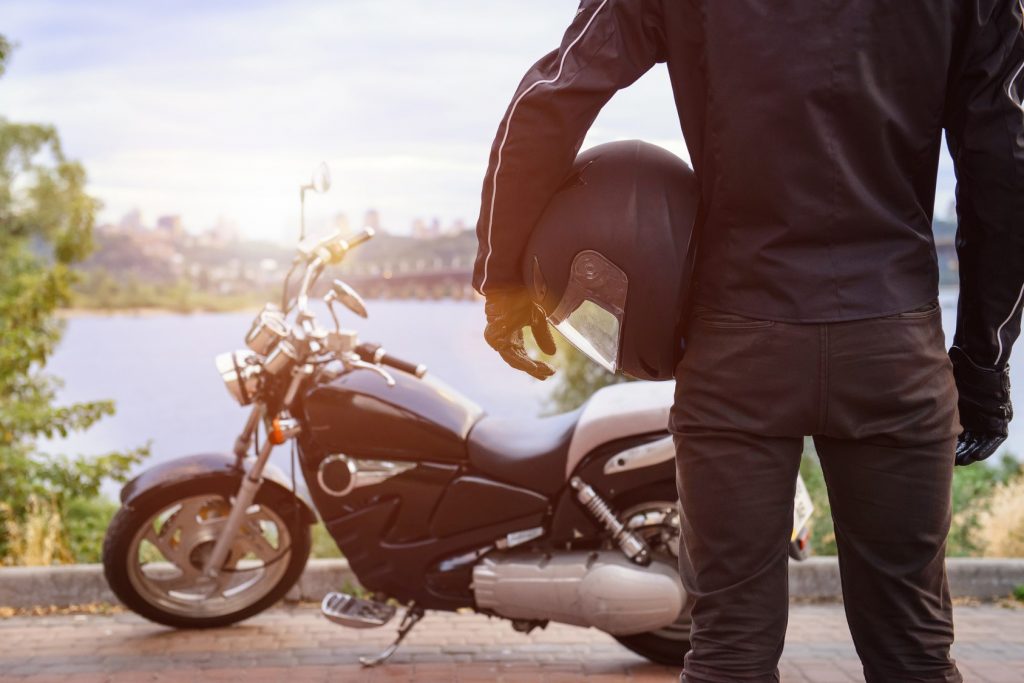 Motorcycle accidents are, unfortunately, all too common, and it’s not always easy to protect yourself on the road. While your driving ability may be good, you cannot always say the same for other drivers. As of 2013, Florida has over half a million registered motorcycles, and that barely puts us in the top half of the nation in terms of motorcycle ownership. But although Florida is ranked #24 in America for state motorcycle-ownership, we have a very high accident rate. In this article, we will talk about some of the facts and figures surrounding motorcycle accidents in Florida, as well as some tips for safeguarding yourself from the impact of an accident.

A report from the National Highway Traffic Safety Administration had some gloomy news for Florida, claiming that the state has the highest number of motorcycle fatalities in the nation. In fact, even though bikers only represent 7% of all road traffic, they accounted for 19% of all vehicle-related crashes in Florida. Over the first ten weeks of 2016, in just three counties, there were nearly 20 crashes in which motorcyclists were killed. In the case of these accidents, the most common cause was left-turning cars cutting motorcycles off in traffic.

This trend is costly, and the burden doesn’t just hit motorcyclists. An AAA Consumer Pulse Survey found that 16% of motorcyclists don’t have insurance, and therefore, are unprotected while risking accidents. AAA estimated the cost of each motorcycle fatality at $1.48 million. These costs include lost productivity, medical expenses, emergency services costs, legal costs, and property damage.

This statement may seem controversial, as both groups of motorists tend to have a lot to say about the other. The Sun-Sentinel reported that drivers thought that motorcyclists were most frequently at-fault in accidents because they “weaved in and out of traffic,” whereas motorcyclists complained that drivers in “cages” (trucks and cars) didn’t pay attention and were texting on their phones instead of watching the road. A study showed that the latter group was correct when a researcher at the University of South Florida’s Center for Urban Transportation found that 60% of the time, with regards to motorcycle-and-car accidents, the driver of the car was at fault. 34% of these accidents involved just one vehicle, and the study pointed to car drivers’ bias for many of the accidents. Chanyoung Lee, the senior researcher of the study, said “There’s a bias by people driving. They don’t expect to see motorcycles.”

It’s hard to say whether this will become a hard and fast trend, but between 2013 and 2014, there was a slight dip in motorcycle crashes (though, Florida remains first in the nation.) The reason for this dip is uncertain, but it could have something to do with a recent Florida regulation: in order for bikers to get their motorcycle endorsement, they have to complete a safety course known as a “Basic RiderCourse” or BRC.

While there is no fool-proof way to stay safe on the road, here are some helpful tips that will help you be as prepared as possible:

1. Wear Safety Gear: There are many different types of safety gear available to motorcyclists. According to the AAA Consumer Pulse survey, 32% of bikers in Florida do not think that they should be required by law to wear a helmet while on a motorcycle. That said, roughly 86% of bikers do wear a helmet, and 81% wear a face shield or glasses. 64% wear boots, 64% wear gloves, and 55% wear a jacket or vest with protective Armor. This gear is monumentally important to mitigating injury in the event of a crash — whether it’s mandated by statute or not, this equipment greatly improves your chances for survival.

2. Wear Reflective Gear: Motorcyclists should do everything in their power to be as visible as possible on the road. Add reflective gear to your bike, and wear reflective gear as well. Avoid going out late at night, as that is when visibility for all drivers is at its worst.

3. Drive Defensively: As stated above, cars have been generally found to be at fault in accidents that occur between a motorcycle and a car. It is important to drive warily, keeping your eyes open for cars that may not be aware of you. In addition to following road rules yourself, you have to be especially aware of those who might not.

4. Know What to Do After an Accident: If the worst should happen and you find yourself involved in an accident, make sure you have a plan for how to handle it. Stay as calm as you can, attend to your injuries, make sure to document everything, and know who to call — from family members to physicians to personal injury attorneys. You should also have this information on hand in case your injuries force a loved one to act for you.

Being a motorcyclist isn’t easy, particularly on Florida roads, where traffic can be hectic. While it is encouraging that Florida’s rates of motorist fatalities seem to be decreasing, it is still vital to be extremely careful on the road.