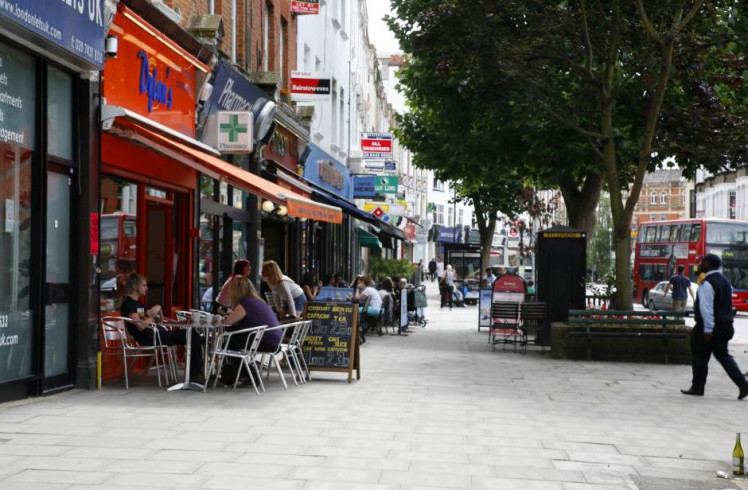 Migration from Ireland to England has long been a feature in Irish history, with many migrants choosing to head to London as well as further afield. In fact, there is still a strong Irish community in London with various areas of the city being more popular than others. It is in these smaller communities which you can find the influence of Ireland; their culture, their institutions and their social lives too. Although those who choose to migrate over from Ireland do not have to be drawn to particular areas, there are perhaps five strong Irish communities which exist in the city and we are going to explore them in brief:

West Hampstead is an area within Camden, in the north west of London. It is a small yet thriving community which is mainly residential and features numerous shops, restaurants and bakeries. It is also easily accessible; there is the West Hampstead tube station, the West Hampstead overground train station and the West Hampstead Thames link railway station too. Near to this borough you will find the smaller area of Kilburn and this is predominantly where the Irish community is to be found. There are a number of Irish bars situated here, if you want to have an authentic Irish experience:-

Situated on Kilburn High Road, this is your typical Irish ‘boozer’; it’s a friendly local pub right in the heart of Kilburn with a spacious beer garden. If you happen to be visiting during March then you will find lots of St Patrick’s related festivities taking place here too.

If you want to experience Irish sports then The Kingdom is the Irish bar for you. It’s a very traditional Irish pub with your typical drinks and plenty of Plasma screens showing a regular programme of Irish sports throughout the week. A popular haunt with the local Irish community; this is the place to go if you want to try out a very down-to-earth Irish pub.

Another West London area, Shepherd’s Bush is located in the London Borough of Hammersmith and Fulham. Although primarily residential, Shepherd’s Bush is well known possibly due to its proximity to London’s Westfield shopping mall which is just a short distance away. As with most areas in London it is very easy to reach; it would take you about 20-25 minutes via public transport to reach Shepherd’s Bush tube station from The Piccadilly London West End. There are a number of great Irish pubs and bars here including:-

This family pub is well known by locals for its great atmosphere, live sports and regular entertainment programme. Visit here for quality food, tradition Irish whiskeys and real ales and live music. The Orchard Tavern is a modern pub and the ideal place to while away the afternoon when visiting London.

A common theme amongst Irish pubs is the wide programme of live music and sports and Tommy Flynn’s is no different. Large screens showing the latest sporting events, weekly live music events and a great atmosphere is exactly what you will find here.

This south-west area of London is part of the wider borough of Hammersmith & Fulham and is considered to be one of the major ‘players’ in London.

Fulham’s major Irish bar, Brogans, which was well known for live sports and music as well as a vibrant Celtic inspired menu recently closed, leaving the area without a major Irish offering. However that is set to change with the opening of a McGettigans pub. McGettigans is an Irish chain and its pub which will be located on Fulham Broadway will be the first one it opens in England. The chain was started in the 1960s and they currently boast bars in locations such as Dubai, Singapore and New York.

The centrally located borough of Islington is mainly a residential area although it does boast its own attractions and has been featured in a number of movies and books, given it a secret sort of acclaim. For example, it was the location of the home of Sirius Black in the Harry Potter series and it is the location for Nick Hornby’s book ‘About A Boy’ as well.

This sweet, traditional pub is situated just behind Finsbury park and offers a large pub garden, big screen sports, a lively atmosphere and a non-Celtic inspired menu of Thai food. Don’t let this put you off however as you will still discover plenty of Irish influence in this hidden gem.

If you are looking for a very traditional Irish bar which wouldn’t look out of place on the shores of Ireland itself then look no further than the Boston Arms. It’s a place for the older generation; with sports, live music and an honest approach to the Celtic food and drink on offer. That said, there is plenty of atmosphere on offer and a few hours spent here is a real experience.

This is one of the city’s most popular Irish bars and with good reason. It has regularly been voted as the most authentic Irish pub, outside of Ireland and is a very fashionable choice with locals and visitors alike. The pub has been open for over 20 years and features live music, a large beer garden, authentic Irish Guinness, major sporting events shown on the big screens and an extremely lively and welcoming atmosphere. One visit here and you’ll see there’s little wonder that it has turned out to be such a popular pub over the years.