1. The Tower in Pisa was built to Impress & Show-off

Pisa’s commercial, military, and political importance flourished in the 12th century as its once small port became a regional powerhouse. Like every medieval city that was doing well for itself, Pisa started to invest in the construction of grand buildings. After defeating Palermo in 1063, the mayor needed a new place to showcase all the treasures Pisa brought back from the adventure. So, they decided to build a “field of miracles” which eventually became home to a Cathedral, Baptistery, and a very tall leaning campanile (bell tower). 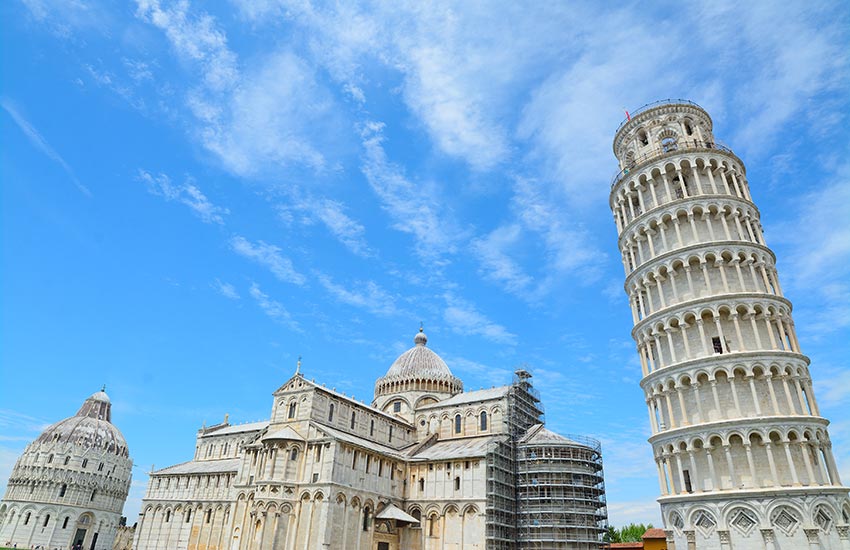 2. The lean didn’t happen from one day to another

Given that the word “Pisa” inherently translates as “marshy land” one would think that the architects would have thought of the subsoil when building a very tall tower. They did not. Since they gave the tower a shallow and relatively heavy and shallow foundation, it was inadvertently doomed from the start. However, the building didn’t start to tilt until the second floor was solid and standing. By that time it was too late to make any adjustments to the foundations. The builders tried to “even out” their mistake by making the columns on the south side taller. It didn’t work. Unsure of what to do next, the city stopped construction for almost a century.

3. It’s not the only tower in Pisa that leans to the side

Being a marshy land, the soft subsoil problem affects the entire area of the city. So, it’s no surprise The Leaning Tower of Pisa is not the only leaning tower in town. You can notice two other towers in Pisa’s Borgo Stretto.

4. The tower has learned in multiple directions

Many different engineers attempted, over the span of hundreds of years, to correct the (in)famous lean. When construction relaunched again on the third floor in the 13th century, the engineers in charge tried to halt the tilt by building straight upwards. However, they threw off the center of gravity and the tower simply started to lean in a different direction. Eventually, as construction went on, the tower settled back into the original southward tilt and stayed ever since.

6. The delay in construction is what made it work

Did you know that factors such as hesitation to continue, wars, and economic strife may have, in fact, make the existence of the leaning tower possible? Debt and wars are not usually good things for grandiose construction projects. However, the exception proves the rule. Several structural engineers agree on a theory that the continuous delays in construction over a period of 200 years gave the soil under the tower time to compress and stabilize. Hence, the delays saved the tower from tipping over completely.

7. It’s possible to climb to the top

While it might seem unlikely, the famous leaning tower is open to visitors. In fact, it’s completely safe at least for another 200-300 years. Seriously though, since the last restoration and slight but essential un-tilting, the integrity of the structure is monitored daily. Many people If you want to climb to the top you should book Pisa Tower tickets in advance. 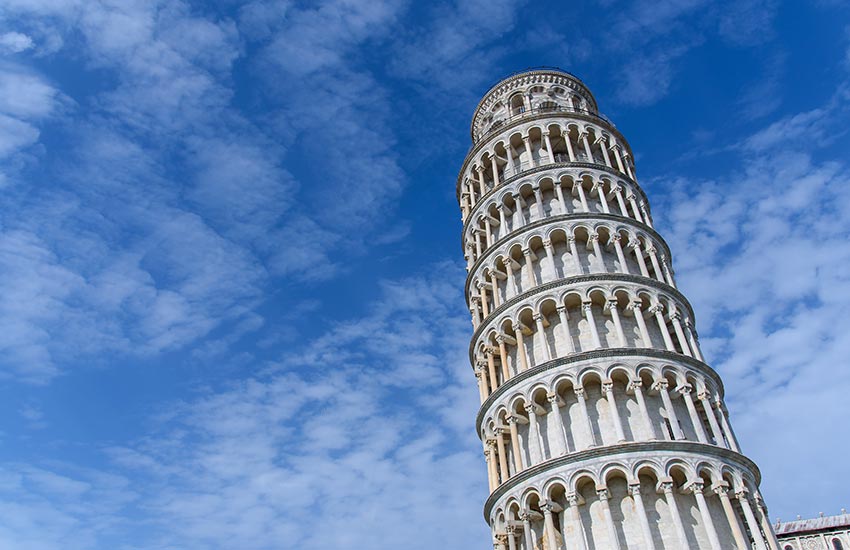 8. The seven bells have been silent since last century

There are seven large bells on top of the leaning tower. Each of these bells represents a musical note on the major scale. Although you can see them if you climb the tower, they haven’t “sang” since the 20th century. You can probably guess why! The engineers are worried it the movement will endanger the stability of the tower.

9. The tower was almost destroyed during WWII

American soldiers had strict orders to bring down any building in Italy that could serve as a lookout point for enemy snipers during WWII. The Germans occupying Italy did, in fact, use the Pisa tower as a lookout at the time. But, it’s said, when the American allies arrived in Pisa, they were so impressed by the intricacy and beauty of the Leaning Tower and the surrounding square, they made a decision not to level the area.

dotravel is author at LeraBlog. The author's views are entirely their own and may not reflect the views and opinions of LeraBlog staff.