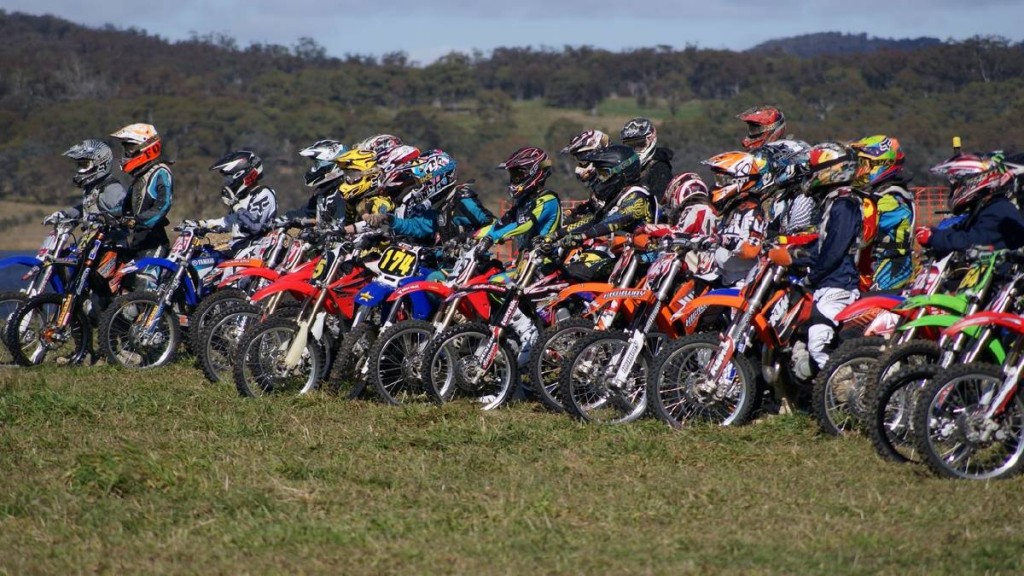 The United States remains in the throes of a century-long love affair with the automobile. Nowhere else in the world are the roads quite as open, the freeways quite as free. It’s no secret that the best way to see the beautiful countryside between the country’s great cities is from a fast car — preferably a convertible, weather permitting.

Four-wheeled vehicles might rule the roost on the United States’ paved roads, but this massive country has plenty of unpaved tracks as well, particularly out beyond the sprawling suburbs for which it’s so well known. Over the past few decades, motocross (off-road motorcycling) has made tremendous strides from its’ humble beginnings in Southern California in the 1960s.  What was once a sport consisting of a group of motocross enthusiasts gathered around a dirt track has exploded into packed professional arenas, international television viewership, and big sponsors.

“People often forget that these riders are world-class athletes at the top of their game, no different than Michael Jordan or Tom Brady,” says David DelCollo, a Philadelphia-area attorney and motocross enthusiast. “These riders live on the the thin line between control and chaos.”

But the very roots of the sport of motocross are what is known as free-riding,-riding the open-land with no competition, no lap count, and no crowd,-just you and your motorcycle riding free through the beautiful land.  While motocross brings a certain level of excitement unmatched by any other sport, there is something very surreal and personal about free-riding.

I certainly encourage you to ride your favorite local spots, however, if you get a bit restless and are in need of a road trip, check out these top motocross destinations? Just make sure you have a helmet!

When visitors reach Imperial Sand Dunes for the first time, they invariably wonder how exactly they ended up in the Sahara while driving through the southwestern United States. Imperial Sand Dunes isn’t in godforsaken northern Africa, though — it’s just a couple hours from Los Angeles, the United States’ second-largest city. Imperial’s wide-open, if somewhat treacherous, sand dunes are heaven for experienced (and not-so-experienced) riders. Bring plenty of water, as temperatures can easily exceed 115 degrees Fahrenheit (nearly 50 degrees Celsius).

On the opposite end of the United States, Northern Maine is much cooler, and much lusher, than the deserts of southern California. There are more than 1,000 miles of off-road track in Aroostook County alone. Not many people make it all the way up to this remote corner of the country. If you do, you could have the place to yourself.

Moab is a red-rock wonderland in southern Utah. If you’ve only seen the U.S. Southwest in movies, this is your chance to experience it up close — with a roaring engine between your legs. Watch out for steep dropoffs and unstable rock ledges, though.

The heavily forested Black Hills rise out of the semi-arid high plains of western South Dakota and eastern Wyoming. Along with the otherworldly Badlands, which nearly surround the hills (but which reach their scenic height to the east, just south of Interstate 90), they’re a little-known gem smack in the middle of “flyover country.” They’re also amazing for off-roaders, thanks to stable soils and jagged, breathtaking vistas. If you tire out on the track, head to famous Mount Rushmore or the still-unfinished Crazy Horse Memorial, which commemorates an important Native American chieftain.

Everything is bigger in Texas, including the motocross tracks. This spot, tucked into the beautiful Hill Country a short drive north of Austin, is a paradise for beginner and intermediate off-roaders. Look for the many small waterfalls and natural springs, courtesy of the area’s unusual limestone geology. And, because this is Texas, you can find an expansive gun range on the property too. Yeehaw!