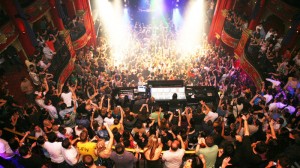 It's a tough life, especially in London, as people have to keep struggling to keep ahead of others and survive in this world where the principle of â€˜survival of the fittest' holds sway. In doing so, the weekdays are always extremely busy and it is only during weekends that people get some free time for enjoyment. As such, whenever weekends approach most people start planning some fun activities such as attending entertaining parties. Given below are six of the happening weekend events.

This event will be taking place at Bethnal Green Working Men’s Club on Friday at everyone's favourite night spot in London that promises to be even more rave this year. Optimo's Until the Music Stops was quite trendy till last year but with new set of parties from Glaswegian throw-it-at-the-wall sessions, it seems that they are going to be a permanent London feature. Founded at the Sub Club in Glasgow in 1997, they have been having a great run for more than a decade with some fantastic Sunday night sessions giving the local people up in the north enjoyable fantastic entertainment by ESG, Whitehouse and Liquid Liquid. They have followed the simple principle that only the music that makes you shake a leg, matters most. It will be basics only for the first three sessions this year, with Keith & Jonnie playing all night on the Village Underground sound system. The emphasis will be on getting the basics right and there will be no concept videos or any such thing.

Taking Place at The Columbian on Friday, the venue next to Corsica Studios in Elephant & Castle will come alive to 80s robotic disco with plenty of wonky Italian-into-English lyrics tending towards the dramatic by Italo performed by Bicep and Jacques Renault. Ever since the successful Feel My Bicep blog in 2008, London based, Belfast-born blogger-production-DJ duo Bicep has been creating magic with oldie disco, Chicago house, Detroit techno and Italo edits. On Friday 4th March, they created intimate Tief/Trouble Vision Italo Disco Party with Jacques Renault and Bell Towers at London's Corsica Studios.

Germany's ZYX label had created â€˜Italo' which was basically a marketing term for categorising and exporting Italian dance music records that had been made mainly from the late 70s to mid 80s and they were developed into different sub-genres with vibes that encompassed funk, disco, boogie, sleaze, europop, Hi-NRG, new wave, electro and early proto-house. All these were bound together with a palette of distinct synthesised sounds, an element of melodrama and a bit of frivolousness that is not noticed in many of present day dance floors. The genre did not do well in USA but has come back strongly in recent years with DJs acknowledging their full array of dance music as a brash and vibrant musical force in Europe.

Taking place at the Bussey Building on Friday, and transforming London into bright and brilliant backdrops, Kulture Klub with a feel-good celebration of colour and sound, will be showcasing some of the finest DJs around adorning the building with glitz and glamour of the carnival while Detroit's Dez Andres will produce a party set on the decks. The dress code has to be impressive with glitter, gold or something bold. It is an English band formed in 1981 and comprising of Boy George (lead vocals), Roy Hay (guitar and keyboards), Mikey Craig (bass guitar) and Jon Moss (drums and percussion). â€˜Colour by Numbers' was their second album that sold more than 10 million copies worldwide and was certified triple platinum in the UK and quadruple platinum in USA. Several international hits and songs have been produced by the band such as "Do You Really Want to Hurt Me", "Time (Clock of the Heart", "I'll Tumble 4 Ya", "Church of the Poison Mind", "Karma Chameleon", "Miss Me Blind", "Victims", "It's a Miracle", "The War Song", "Move Away" and "I Just Wanna be Loved". The public and the media noticed and were impressed by Boy George's androgynous style of dressing. Numerous forays into reggae were made by the group and the supporters of its synth pop genre with a strong propensity of the sun genre of ballads making them the most representative and influential groups of the eighties.

This group is considered to be one of the best imports from America in 2015. Taking place at St John-at-Hackney on Saturday, this free-wheeling party will be hosted by two NYC DJs Justin Carter and Eamon Harkin who will take over this 18th century church with their medieval productions.

Taking place at the Magic Roundabout on Saturday, this all day bass-a-thon will feature raga, jungle and reggae sounds from Uncle Dugs and Serocee that will be sufficient to create a mild tremor that will be felt by most people driving over the Old Street roundabout jolting their steering wheels.

Taking place at Studio 338 on Sunday, this event will feature DJs, acrobats, popcorn, candy floss and something called â€˜live goosing', which is basically like being tarred and feathered. An unwritten rule about Pillow Fight Club is that you have to spread the word about the club among all the people you meet and then you confront them with feather-filled cotton cases until the death!