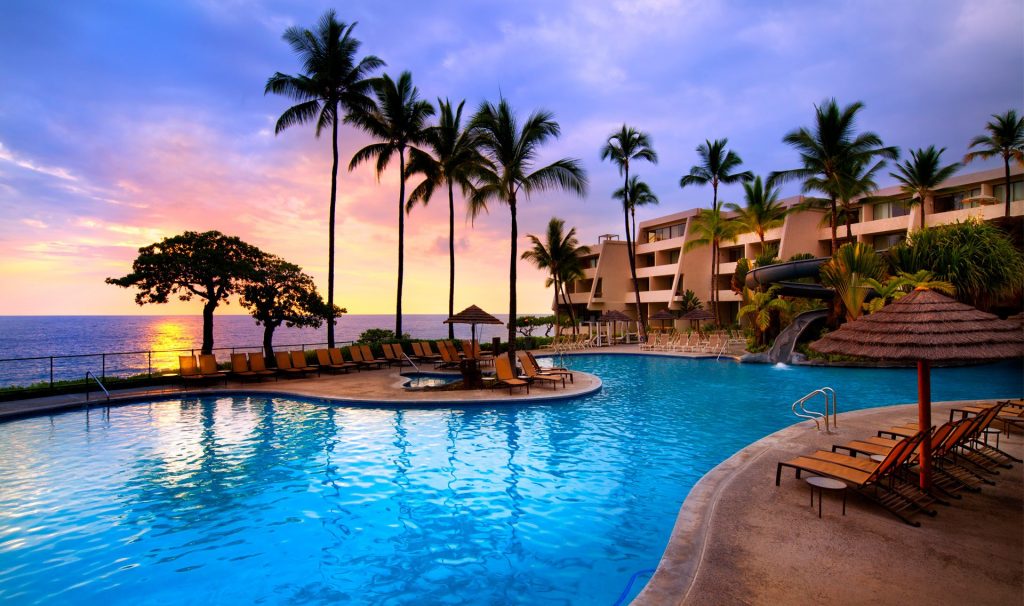 Hawaii is an international tourist destination where locals are very happy to tout that they are “lucky to live Hawaii.” More than just beaches with a temperate climate, Hawaii maintains a rich history of culture, conflict and diversity. Unlike our mainland counterparts, being a local to the islands doesn’t mean that you are a Hawaiian. In fact, locals are true to respecting the lineage of true-blooded Hawaiians, versus those who have become kama’aina, the Hawaiian word for “child of the land.”

Whether you are Hawaiian, kama’aina or just visiting, we have five cool facts about Hawaii that everyone can appreciate, starting with how in the heck anyone ever found these lush rocks that are literally in the middle of nowhere.

You have a rental car and are trying to understand Siri, who pronounces the Hawaiian street names about as well as you would. But, you’re lost between the Kamehameha Kalanianiole Highways and stop to ask for help. You ask the friendly local, “do you speak Hawaiian?”

It is true that Hawaii is the only state to have two official languages: English and Hawaiian. Hawaiian studies are prominent in the islands and most locals can do more than pronounce the Hawaii state fish. But, more common to the islands is the third, unofficial language of the islands, Pidgin. This is the creole of the Pacific, using English as a base, while mixing in Hawaiian, Chinese, Japanese, Portuguese, Filipino and a bunch of other dialectically accepted words and phrases. Pidgin started in the plantation villages, where immigrants from all across the world lived and needed to communicate. This is most likely the language you will hear the local surfers speaking, while evaluating their latest surf session on the North Shore.

The Hawaiian language confuses most mainlanders, but in reality is really simply. It has all of 12 letters in it, which is why our words have a lot of repeating letters. There are 7 consonants: h,k,l,m,n,p and 5 vowels: a, e, i, o, and u. The vowels should look familiar, if you managed grade school anywhere in the US.

You’re on your way to sounding fluent, if you remember just a couple of key items. First, consonants are always followed by a vowel, but vowels can have several in a row. You pronounce consonants in single syllable chunks. Second, vowels are pronounced differently than traditional English: a is “ah,” e is “eh,” i is “ee,” o is “oh,” and u is “oo.” Always pronounce a vowel that isn’t connected to a consonant on its own. So, that bracelet you want buy for your sweetheart says “kuuipo,” which is pronounced “koo-oo-ee-poh” not “koo-wee-poh.” Don’t worry, the locals find it cute when you try and will give you bigger props if you get it right.

US Minorities in Hawaii

Take the mix of Polynesians, Asians and Europeans that have found their way to the islands, jumble it up in a century of living and you will find a mix of people unlike anywhere in the world. No one is a minority in Hawaii, because everyone is a minority.

How’s that for diversity! Of course, Hawaiians were first to populate the islands, along with other Polynesians. Plantations brought in Germans and Portuguese, along with Filipino, Chinese and Japanese, to name a few, to run and work the plantations, both sugar and pineapple.

Today, many locals are mixed and proud of it. Heritage is important to each local and they will proudly tell you who in their lineage was Hawaiian. They will relay the stories of how their non-Hawaiian ancestors made it to the islands and how they contributed to the early Hawaiian culture. Don’t call all locals Hawaiian; this is reserved for those who have actual blood lineage to the Hawaiian people. Aside from that designation of respect, the Aloha State residents want you to feel welcome. True Aloha Spirit is inclusive and loving. Don’t you want to move here now?

Captain James Cook is often given credit for “discovering” the Hawaiian Islands. He landed on the shores of Kauai in 1778, spreading the word of a tropical paradise he named the Sandwich Islands. But, he didn’t find an unpopulated land.

He was greeted by local tribes run by chiefs on each of the islands. These chieftains were not happy neighbors, contrary to our ideas of the Aloha State where everyone gives you a lei with a kiss. Chiefs fiercely fought each other for territory in this highly spiritual culture. It wasn’t until King Kamehameha united the islands under one monarchy in 1810 that the Hawaiians became unified.