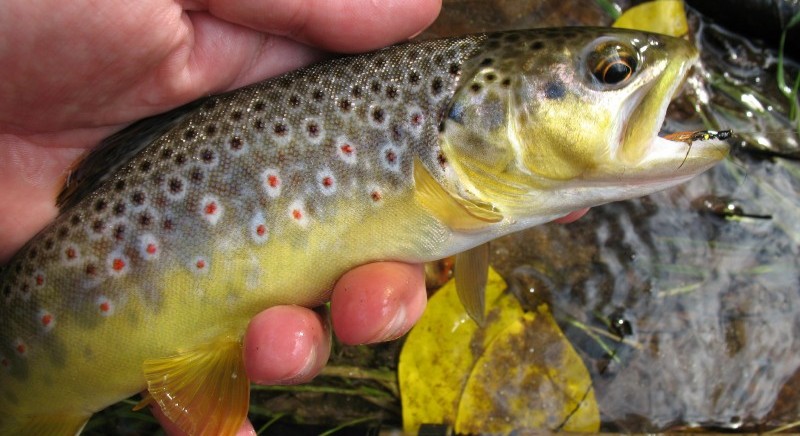 The Yarra river is at the heart of both suburban and country life in the Australian state of Victoria. Spanning from Port Phillip Bay to the Upper Yarra Reservoir just outside the small town of Reefton. The river itself continues on for some time after this point, but its width and depth greatly reduces as it snakes throughout the Great Dividing Range (mountainous region).

Access to the river beyond the Upper Yarra Reservoir is almost impossible, as is finding and following the river as it snakes it’s way down through Mount Baw Baw, however in this stretch there is known to be an abundance of naturalised brown and rainbow trout. With little access it takes a dedicated angler to fish these sections, most general fishers tend to target the river at it’s junctions, where road access is available.

Some of the more common places people fish in the hope of catching naturalised trout is between Warburton and Reefton. These are the upper most points of the Yarra and have excellent access, but still require some dedication due to the thick scrub in the region, which borders on the Yarra Ranges National Park.

The Yarra in this upper region is often very dry, with little more than 1 foot of water in the river, if the reservoir is not flowing it can even be completely dry all the way to Warburton. As the river approaches Warburton however, it becomes much deeper, which provides the ability to fish using traditional methods such as regular hard body fishing lures.

The good thing about the section of the Yarra, is that it does not suffer the build up of sediment the river has a little further down stream. Water in this section of river runs with a good level of visibility, making fishing much easier, and allowing further fishing tactics such as species identification and targeting to play a part in the catch. 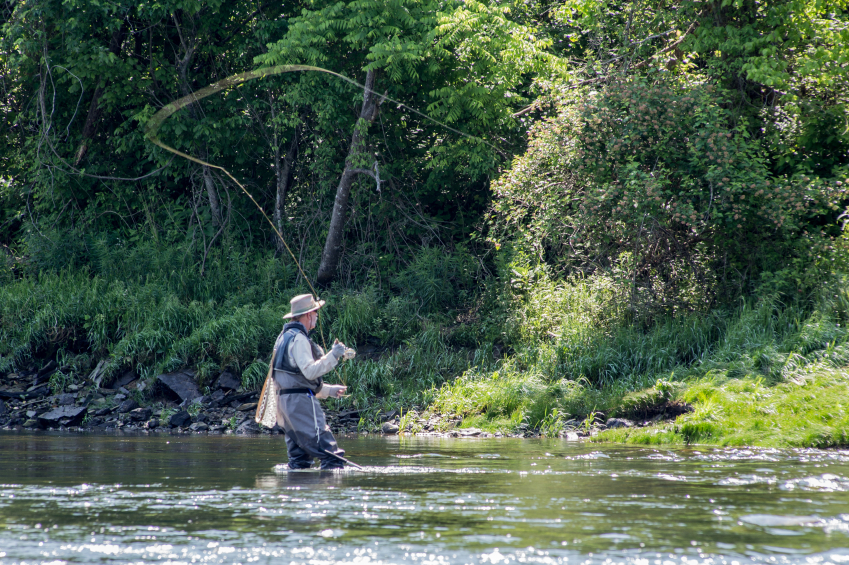 This upper region is mostly tackled by wading anglers, who love to slowly walk the river with dry fly lures, however for a regular fishing set up, if you are accustomed to using trout lures, extremely small spin lures of around 2 grams can also attract fish. The main method of fly fishing in this section is to spot the fish sitting in the water, ensure the fish has not spotted you and then cast out a fly in a manner so that the fly is carried downstream.

There is a huge advantage in doing this to a fish facing the opposite direction, hiding in scrub at the sides of the river or even one hidden behind rocks. The main point of focus is you do not want your presence to be noticed by the fish, as it will often focus its attention more on you than any potential bugs to eat from the surface. This will hinder your chances of landing the fish. If the fish does spot you, don’t make sudden movements and keep still, until the fish has lost interest in you and returned to scanning the top of the water column for fresh insects. At this time you can cast your fly, allowing the waters flow to carry it past the fishes hiding position, at which point it will hopefully notice and strike.

Spin lures can be used in a similar way, but will need to be cast a fair distance further up stream beyond the fishes hiding position. Retrieving the spin lure against the current means the light flow of water in this region (provided it has not dried out at the time of your visit), will give some resistance to your lure, and from this enable the lure blade to spin much more while travelling at a much slower pace. This means more light flashing and reflecting off the lure, and more chance the patiently waiting fish is going to be able to notice your lure as it makes it’s way back up stream and into the point of attack.

English perch (Redfin) are also very common in these waters, and can be targeted in the exact same ways mentioned in this article, what works for trout will also work for redfin at this location, as both types of fish will be living mainly off surface bugs. Minnows are available here too so using very small minnow-like soft plastic lures can work wonders as well, but if you are a fly fisherman and enjoy the thrill of some technical short casting action, the very low water levels of the upper Yarra, full of beautiful brown trout, rainbow trout, blackfish and redfin, will certainly make for an enjoyable weekends fishing.