I really treasure my memorable visit to the city of Ho Chi Minh, in Vietnam as one of the best vacation I had. And I'd like to share that in planning my trip to this country, I learned that it is a popular Asian destination among Americans like me not only because of its picturesque natural wonders and cultural heritage, just like Thailand or Korea perhaps.

More than that, many of my compatriots recognize that the United States and Vietnam have a shared history - perhaps not a sweet one, but significant just the same. 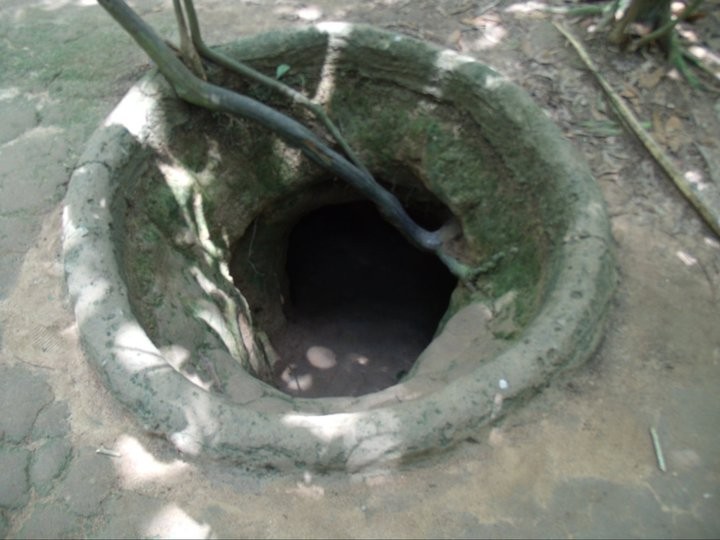 After all, decades ago, our fathers (or grandfathers, depending on your age) found themselves hiking Vietnam's hinterlands during a war which will have an unfortunate end for the American troops. The Viet Cong guerillas won, and Vietnam became just one country. I myself have relatives who participated in that war, so I knew at a personal level that it is just as important to our own history as it is to the Vietnamese.

Apparently, I was not alone in this sentiment. From Ho Chi Minh, I took a day trip with my local friend Tran to the Cu Chi Tunnel, where I discovered that their top visitors were actually Americans, especially the war veterans who felt that they needed closure. Interestingly, some of them have become pacifists after the war. 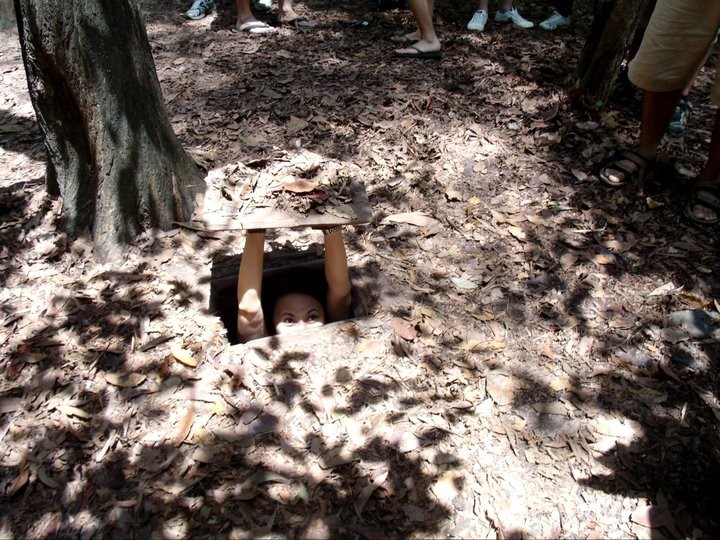 At the tunnel site, I learned more about how our soldiers were defeated. The area featured creative re-staging of how the local guerillas carried out their war-time tactics. There are dioramas of their cooking area, and a restored version of the different kinds of traps they set out - from the nets and holes covered by leaves, to thorny ropes. The tour guide also talked about the way they misled enemy troops about the routes they are taking, by leaving fake footprints.

One of the recommended things to do here is to get in the "tunnel" - which is a very narrow hole I must say. In fact, the tour guide smilingly explained that Americans lost the war probably because their huge tummies do not allow them to fit themselves because of their poor diet, as opposed to the Vietnamese who always ate fresh, healthy food, and were known to be lean-bodied. Going around the tunnel system also meant remembering passwords to get from one point to another.

When it comes to choosing Vietnam as a travel destination, there was something that deeply fascinated me about a small country - perhaps not even as large as Texas or California - defeating what would become the world's superpower in a war.

So, against the advice of some well-meaning friends (and some commenters on Trip Advisor who warned guests of the disturbing artifacts they might see), aside from visiting the Cu Chi Tunnel sites, I also went to the War Remnants Museum located at the city's District 3.

On the yard in front of the museum lay the artillery and armor collection from what they call the American War (of course, we know the same war as the Vietnam war). There are also old aircrafts with which I just had to have my picture taken. Some of the equipment on display were: a Patton tank, a Dragonfly attack bomber, and an F-5A fighter. This was before the time of drones and ultra-modern jets, and their designs are just classic and charming in a certain way. 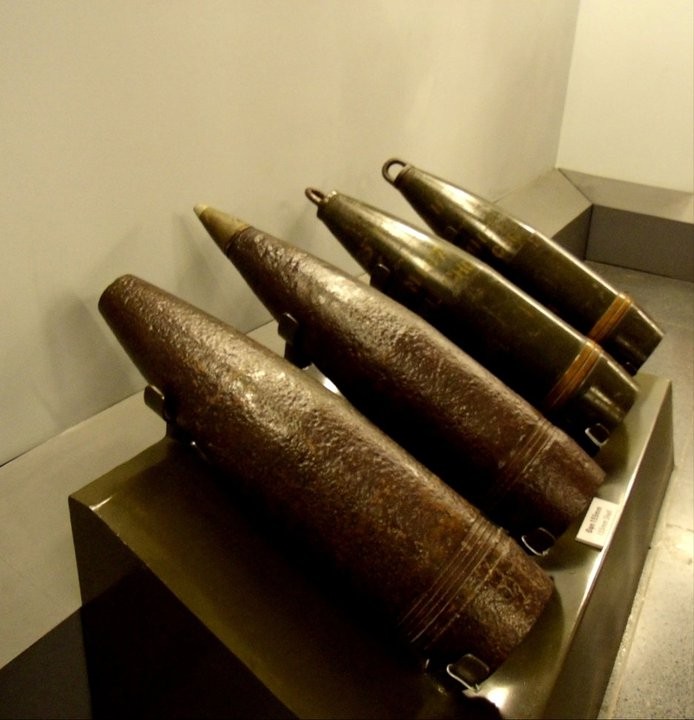 Founded in 1975, the museum was built exactly to store the relics of the American war. In fact, its original name was "Exhibition House for US and Puppet Crimes." Anyone who intends to visit should have some prior reading perhaps about the war, otherwise it is truly going to be an information - aside from the emotion - overload. For those who are coming to Vietnam as a family, I would have to caution the parents that it might be a PG-13 (from my own assessment) affair. Someone has to have a proper explanation for the kids about the gruesome things they will see in this building.

There are several exhibits in the different parts of the museum. There is a collection of war-time posters, especially the solidarity messages from around the world which condemn the entry of Americans in the country. There are also photo displays, featuring communities ravaged by the fighting. In another part, there is a recreation of tiger cages for political prisoners. Finally, and perhaps the most troubling exhibit for me, would be the Agent Orange-themed room. 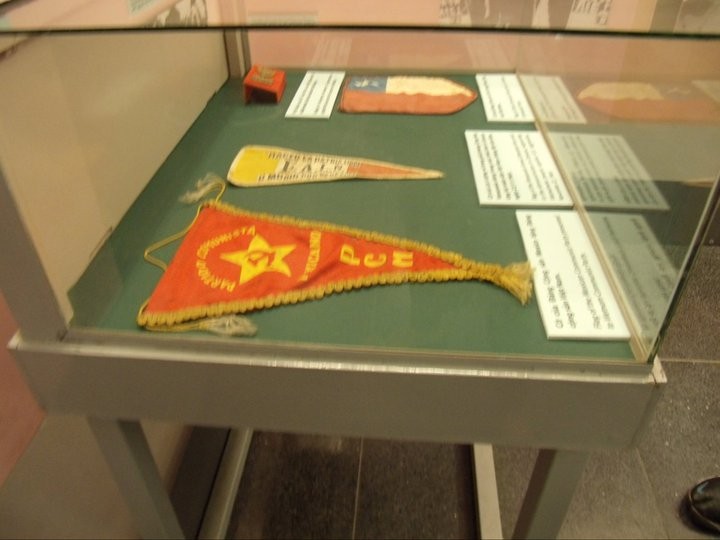 To the uninformed, Agent Orange refers to the biochemical weapon that US used to dominate the Vietnamese. The exhibit documented the impact of dioxin and dioxin-like compounds through photographs of the residents in the area where the harmful substances were sprayed: some had deformed faces or limbs, some are missing arms or legs, others have skin conditions. 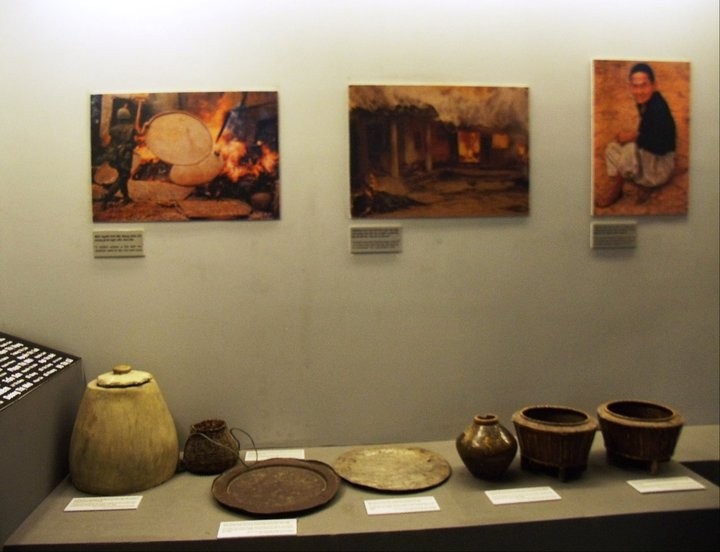 All of these are difficult to look at. But perhaps this is the side of tourism that travel enthusiasts should harp on: we should also look at the ugly and sad, to pick up lessons from the past.

Richard Kimball Jr. is a travel and luxury blogger. He is passionate about learning different cultures and exploring the wonders of the world, as well as sharing it with everyone. You can check him out on his Facebook and Twitter.