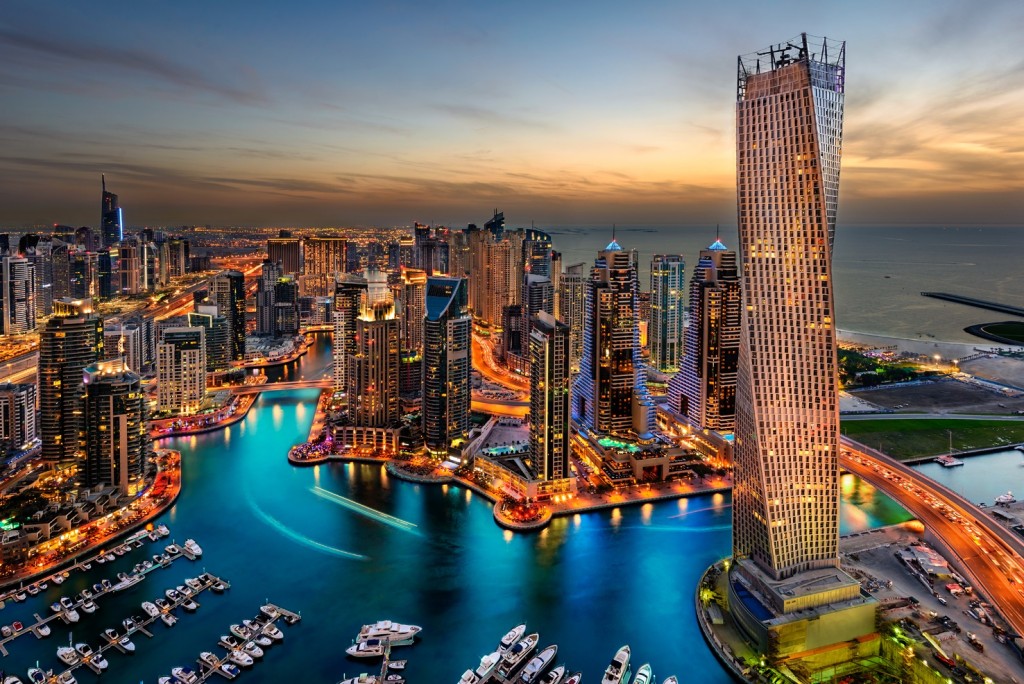 Dubai is one of the most exciting and richest cities in the world. The capital of United Arab Emirates is also a hot spot for tourists. This city of shopping malls and tall buildings has been able to transform from nothing but a desert outpost to a high class destination where people go to spend big bucks on shopping, family and pretty beaches. Dubai is probably most famous for its tallest building called Burj Khalifa, however, this location also has a lot of cultural highlights. 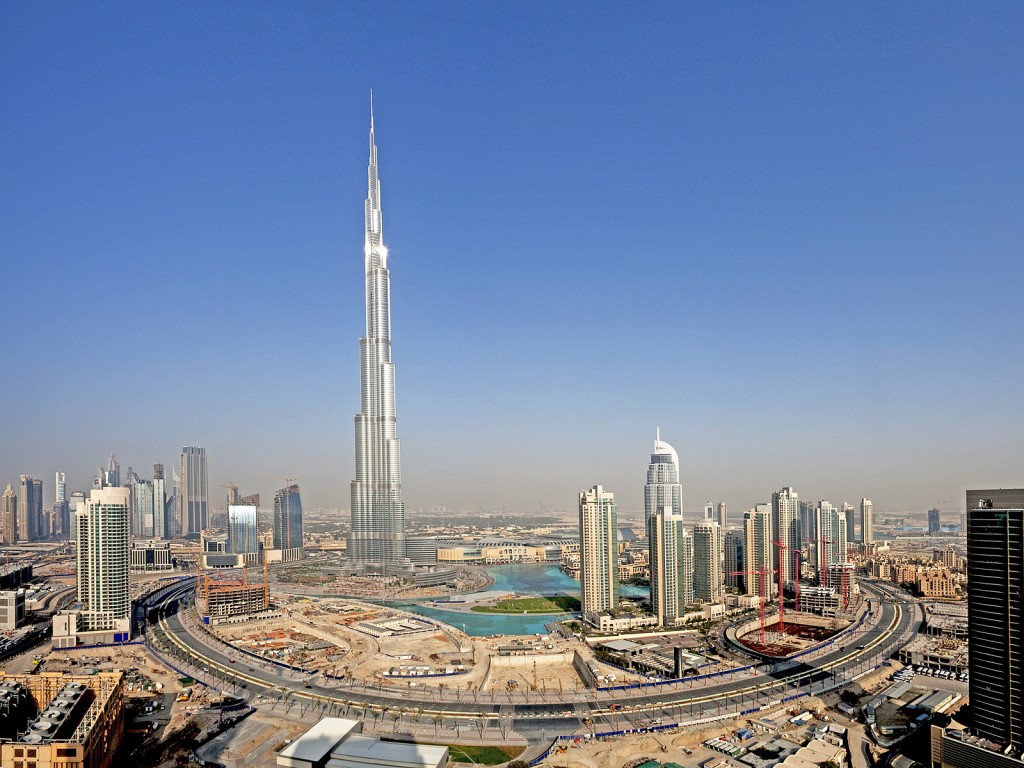 Like I've said before, Dubai's most famous landmark is its building, Burj Khalifa, which is 830 m tall, making it the tallest building in the world. Almost all the people who visit this city go to the observation deck which is located on the 124th floor of Burj Khalifa. From this observation desk, you can view the whole skyline of the city in an almost bird eye perspective and the whole experience is truly amazing. While on the observation desk, tourists can also be part of a multimedia presentation on Burj Khalifa and the whole of Dubai. The building was completed in 2010 and it has a high speed elevator that takes you to the top, where you can observe everything in 360 degrees. At one side, you can see the whole city while on the other, you can see the ocean.

The museum of Dubai is located inside the fort of Al-Fahidi, which was built 1787 in order to defend the Dubai Creek. The walls of this fort are built out of coral blocks and lime holds them together. In the past, this fort has been a residence for ruling families, a prison, a garrison and the seat of government. Nowadays, it the city's main museum and, as you enter the premises, you will be fascinated with the exhibited maps of Dubai and the Emirates, as they show the size of the expansion that happened in the region since oil was found. In the courtyard, you can find a palm leaf house, a couple of traditional boats and an Emirati wind tower. The whole right wing of the museum displays weaponry while the left hall features many Emirati musical instruments. 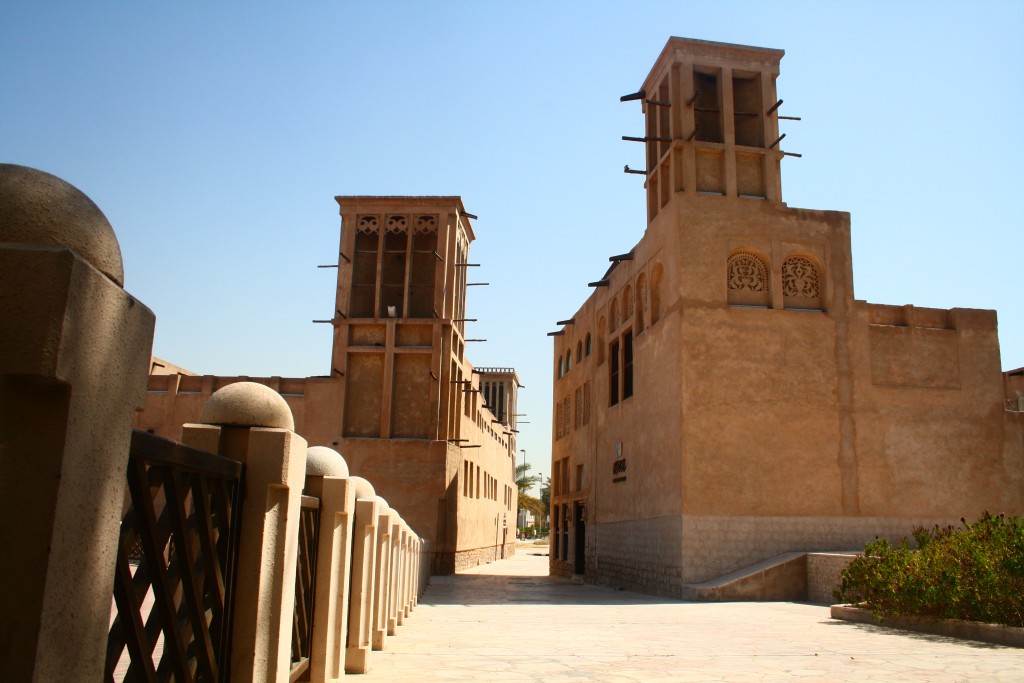 Old Dubai (also called the Bastakia Quarter) was built during the late 19th century, so that it could serve as a home for rich Persian merchants who traded in textiles and pearls. The things that lured Persians to Dubai were access to Dubai Creek and tax free trading. Bastakia is located on the eastern part of Bur Dubai, alongside the creek and it has a lot of limestone and coral buildings which are preserved perfectly. The area also has a lot of walls which have been "decorated" with wind towers. These wind towers are the first homes in this area that had a sort of air conditioning system-wind was collected in the tower and pushed down, serving as a cooling system. There is a lot of interesting Arabian architecture in this area and, if you want to see the whole area, you will have to come multiple times, so rent an apartment that suits you and take your time to get to know Dubai.

The Creek of Dubai separates the whole city into two towns, Bur Dubai to the south and Beira to the north. Dubai Creek was one of the biggest influences for the city's growth, by attracting settlers who came here to pearl dive and fish. Discoveries show that there were small villages surrounding the creek that date back 4,000 years. You can visit this place and watch how cargo is loaded and unloaded from the dhows. The workers on these dhows like to invite tourists for tours on which you can see how these traditional sailors live their life. Most of the dhows travel to Iran, Kuwait, India, Oman, and to Africa's horn and there are fascinating stories that you can hear from sailors.

These are the things that I liked the most when I visited Dubai. There are many other interesting locations to visit and you should explore the whole city as much as you can so you can, to see all of its sides.