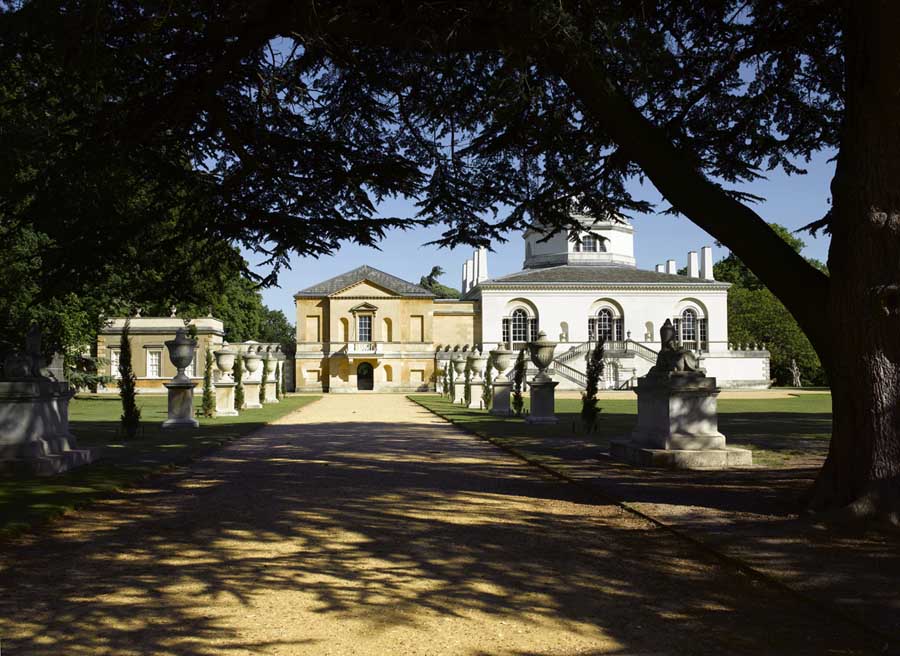 England is home to many fine heritage buildings and one of the finest examples of these is Chiswick House and its Gardens. It is a classic 18 century home built in Palladian style of architecture that was commissioned by the third Earl of Burlington. Its lavish interiors include its famous Blue, Green and Red velvet rooms, a stunning gallery with an ornate gilded ceiling. It also houses magnificent landscaped gardens replete with some of the finest earliest water features, statues and classical follies, which make it a wonderful attraction to visit on a trip to London.

The owner of Chiswick House the 3rd Earl of Burlington, Richard Boyle has played a seminal role in the development of architecture, art and landscape gardening in English history. Ironically his name is not highlighted in either art books and neither are his art creations to be found in the National Gallery.

Boyle acquired his title in 1704, at the relatively young age of 10. However it was only later at the age of 21, that he was able to put into practice his passion for classical architecture and art on a lavish scale. The year 1715 also became significant as it saw the publication of two influential books which were Colin Campbell's masterpiece Vitruvius Britannicus and an English version of master architect Andrea Palladio's tomes on classical architecture. Palladio was a renowned 16th century Italian master architect, whose style reflected ancient Roman and Greek influences. His style played a key role in inspiring the neo-classical movement that lead to the creation of some of the some fantastic country homes in the land. On the other hand Campbell’s book was more down to earth that featured engravings of British buildings that incorporated a classic style.

The young Earl was so impressed by Campbell’s creations that he commissioned him to refurbish his townhouse Burlington House. In the meantime The Earl set off on a trip to Italy to personally study the works of Palladio. After his return to the capital Burlington started a new project that involved the creation of a neo-classical villa in Chiswick. While there already was a 17th century mansion at Chiswick, the Earl had other ideas and decided to create something that was strikingly different from the usual architectural style that was prevalent.

The Earl came up with a novel way of going about his creation. Instead of hiring the services of a professional architect, he was inspired by Palladio to create his own design that was styled as per Palladio’s palatial Villa Capra, in Vicenza Italy. What made Lord Burlington design more outstanding was that it was not a mere copy but he included a variety of classical styles from other Roman and 16th century buildings. Its' beautiful dome is inspired by the Pantheon in Rome. Chiswick House was constructed from 1727-29, with a passage linking it to the older building being built three years later.

Towards the front facing the gardens there are three interlinked rooms, with one being rectangular with apses, another circular and the third is octagonal in shape. Towards the western part of the home you will find a picture gallery, along with two rooms that house some of the finest sculpture and art collections of the Earl. In 1735 a summer parlour was built for Lady Burlington. Later in 1788 the remaining portion of the old building was demolished on the orders of the fifth Duke of Devonshire who inherited the home through marriage.

The house is just not an exquisite piece of architecture as it houses some of the finest landscaped gardens in the country as well. In fact the gardens here became the model which inspired the landscape garden movement in the country. Lord Burlington was in awe of gardens of antiquity or more likely the 16th century Italian idea of what ancient Roman gardens would have looked. As a result we see a landscape that showcases symbolism. Every single element here reflects an idea or a vision. From its ancient statuaries, Egyptian obelisks to small statutes of sphinxes everything is placed strategically in careful arrangement.

One of the most striking garden features in Chiswick House is its Obelisk Pond that houses a classic temple at focal point of the Orange Tree Garden. Close by is a Classic Bridge, created by James Wyatt in 1774. The neighbouring estate of Sutton Court was acquired by Lord Burlington in 1728. It was separated from Chiswick House by a straight canal named Bollo Brook. Lord Burlington made use of his creativity by altering its course to make it more winding. It is a concept that caught on with most country houses and parks in the land. A good example of it is the modern Serpentine that lies in Hyde Park.

Lord Burlington also engaged the talents of garden architect William Kent to design the expanding gardens. William Kent designed the stunning cascade in 1738 and may also have had a role in creating the semi-circular Exedra, which is a curved hedge that has the statues of Pompey, Caesar and Cicero. Other prominent features are a Doric column, created by Lord Burlington in 1720 and the figurine of Venus de Medici atop a slender column. Another attractive feature is a gateway that was purportedly created by Inigo Jones for Beaufort House, which was acquired by the Earl who had it transported to Chiswick House and had it reassembled.

The beauty and charm of Chiswick House and Gardens is quite unparalleled and its influence on other country homes in England cannot be overstated!