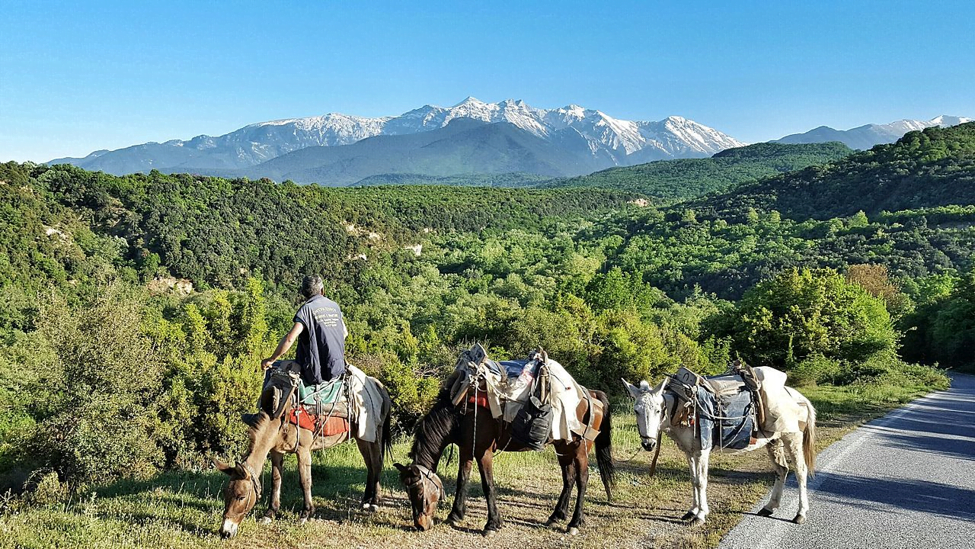 If you’re planning on visiting Greece this year, you should know that planning the perfect itinerary can be challenging. From iconic places like Mykonos and Santorini to historic ones like Athens and Nafplio, Greece is truly a treasure trove. The country has something to offer for everyone from adventure lovers and nature enthusiasts to history fans.

With so many options available, you’ll have to pick the destinations you visit carefully. Few people have the luxury to take a month long vacation and if you’re in Greece for just a week or less, you can only visit so many places in such little time. That’s why it can be a great idea to opt for tour packages that will allow you to make the most of your trip.

While many people stay away from tour packages because of the misconception that they’ll have to pay more or deal with some other hassle, luckily, that’s not the case at all. In this post, we’re telling you all about our customizable tour packages and why you should choose them when visiting Greece.

Why Should You Get a Customizable Tour Package?

Customizing tour packages can ensure that you’re able to prioritize which destinations you want to see. It means that you won’t have to go to the set-destinations that most travel packages offer. You can make sure that you really get the most out of your vacation in this manner.

Additionally, these packages are made in line with the budget you have so there’s a degree of flexibility here as well. Plus, once you let the travel company know the locations you are interested in, they are more than happy to make the perfect itinerary for you.

So, if you’re not good with planning and have a limited budget, a custom-travel tour package of Greece can be the best option for you! This also means that you get include proper activities for any elderly travelers or kids in your group.

Now that you know why customizable packages are so beneficial, it’s time to pick out the locations to include in them. So, to help you out, we’re recommending the following best, must-see destinations that you should include in your customizable tour package:

For any history buff, no tour in Greece is complete without visiting Athens. Heralded as the oldest city in the world that was continuously inhabited for over 5,000 years, Athens is a like a living museum. The city still has many architectural wonders such as the Acropolis which is not only a symbol for Greece and Athens, it is also symbolic for the Western Civilization.

The Acropolis is crowned with three temples; each one of which is distinctive, magnificent, and dates back to the 5th Century BC. The city also has modern amenities, a lovely night life, and the best cuisine. You can get private tours in Athens that include other attractions like the Temple of Zeus, Keramikos, the Parthenon, and the Roman Forum.

Situated on the Island of Rhodes, Rhodes Town is a UNESCO recognized world heritage site. The town is enclosed within an impressive fort system that features towering gates and monumental towers. These were built by the Knights of St. John in the 14th century when they occupied the island.

The streets of Rhodes are car-free and you can explore the town on foot easily. Rhodes is also in close proximity to other attractions like Marmaris, Lindos, and Athens. Many people get private tours in Athens that include all these locations and visit them in one day with ease.

Loved for its unique architecture, Santorini is one of the most picturesque cities in Greece. This city is famed for the cliff-top towns, namely Oia and Fira. Both towns feature white-washed buildings and deep blue roofs. The colors of the town are complemented by the natural deep blue of the caldera.

The city has unique sites including Akrotiri, a settlement from Ancient Minoa that was buried in lava around the 16th century BC. It’s an archeological treasure trove and very interesting to visit. Santorini is also a popular destination not just for tourists but also for honeymoons and destination weddings.

Hailed as one of the most glamorous destinations in Greece, the Island of Mykonos is a must-visit. The town is known for having the best boutiques, classy restaurants, and venues for live music as well. Its sandy beaches and amazing night life have attracted a lot of tourists and international celebrities to this island.

Other attractions here include the church of Panagia Paraportiani, a unique white-washed structure that was built in 1425 but finished in the 17th Century. Mykonos is also accessible by ferry from Athens which is why many people include it in their private tour packages!

Situated on the west coast of the Ionian Sea, Zákynthos is a popular destination for tourists because of the amazing seascape and its hip and happening night life. It’s also a popular site for scuba diving and has some of the best beaches and breathtaking sea caves.

The Shipwreck Cove is famed for its unique mix of huge cliffs, as well as the turquoise water and the white sandy beaches. The Blue Caves in Zákynthos are the most ethereal part of the island. The water here glows and reflects the blue hue of the sky on to the walls.

Nafplio was the capital of Greece since 1828 until Athens was given the title in 1834. The town does share many similarities to Athens especially that it was shaped by various cultures over the years. It is possible to see the traces left by the Venetians, Byzantines, Ottomons, and others in this metropolis.

The hills of Nafplio are dotted with fortresses and castles that are extremely interesting to visit. Some notable ones include the Palamdi Fortress that was made in the 18th century. Other attractions here include the Ancient Corinth, Epidaurus Theatre, and Tiryns.

These are all some of the best, must-see destinations you should include in your private tours in Athens and other cities in Greece.

Vincent is a travel blogger who loves visiting Greece. The country caught their heart and exploring the cities of Greece is one of their favorite things to do. For more information about their travel experiences or recommendations for tours, get in touch with them or visit https://enjoygreecetours.com/