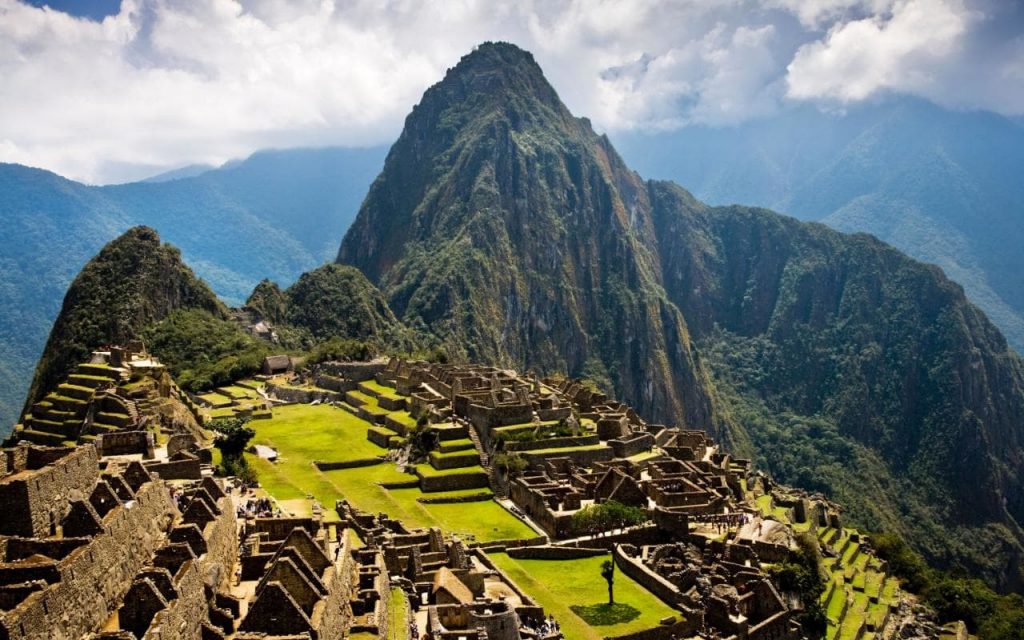 One of the most amazing things in the world and in life is history, particularly one that doesn’t make sense. The current world possesses the most advanced technology known to man and yet, there were some people centuries ago who were so skilled at their work that they make us question our so-called advanced technology. The Inca, from pre-Columbian America, were one of those people. They are behind one of the Seven Wonders of the World, Machu Picchu.

Machu Picchu is an Inca citadel that dates all the way back to the 15th century. You can find it in the Eastern Cordillera, Southern Peru. If you are into rock climbing, you will love this one as your next tourist destination because this is a fortress on mountain ranges. If you don’t yet know about this breathtaking spectacle, then be prepared to be amazed and astounded by the following out of this world facts about Machu Picchu.

Machu Picchu is a complex city on a mountain, built of rocks or stone (whatever you want to call it). The interesting thing is that the Incas neither had animals that could carry heavy weight, nor did they possess the knowledge of wheels (making work easier), but somehow they managed to erect one of the most sophisticated structures in the history of humanity out of excruciatingly heavy rocks.

Apparently, they employed a technique called ashlar. It involved shaping rocks to fit together. You can imagine the kind of planning involved to ensure that everything fits well together, considering the size of the citadel. And if that is not impressive, their skill was so off the charts that even a knife can’t find a place between the joints of the stones. Machu Picchu has over 100 stairs carved from – you guessed it – sheer stone. Witchcraft or is it Mine Craft?

Machu Picchu is the most visited tourist attraction in Peru. That obviously means that the country generates a lot of revenue from this one attraction site. It is also Peru’s as well as South America’s most famous ruin. You see, if everyone is doing it, you must also do it.

Owing to its fame and significance, the area above Machu Picchu is a no-fly zone and only 2500 visitors are allowed for Machu Picchu day tours, in a day. Tourists are required to have a permit and a tour guide to explore the Inca Trail. If you are into hiking and working out, this is one of the best tourist destinations you’ll ever visit.

Most scholars agree that Machu Picchu was established for the Inca Emperor around 1450. Nevertheless, the Inca were forced to abandon the site subsequent to the Spanish conquest nearly a century later (if it wasn’t for those meddling Spanish). The site remained hidden to the rest of the world for around four centuries, only known to the locals in Peru until 1911, when Hiram Bingham, an American historian, meddled his way to the region and could not help sharing with the rest of the world the marvel he had stumbled upon.

Fun fact! Being on mountain ranges, Machu Picchu is not visible from the ground. This aspect gave it an advantage when the Spanish were going on a conquest rampage, and it is the reason it is one of the few cities that are still standing after the Spanish were done throwing their tantrum.

If this won’t blow your mind, you are no fun! We have already established that Machu Picchu is in Peru. Now, Peru experiences at least one major earthquake every 6 years. In fact, counting from 1568, the country has suffered more than 70 critical earthquakes.

However, Machu Picchu is a city of rocks and it has survived all those earthquakes. You might think it is because it is located away from the seismic activity, but far from it. In fact, Machu Picchu is located on top of two fault lines. Whaaat! Yeah, apparently, the secret behind its survival is the Inca ashlar technique that was used to establish it. It gives the stones a spring effect, like a shock absorber that absorbs the shocks from the seismic activity and enables them to bounce and fall back safely into place. Booom!!!