The last thing you want to see in your bathtub is sewage. It not only tells you that you have a plumbing problem, but you’ll also know that you have a lot of cleaning to do before you can enjoy a soak.  You should also be aware that sewage carries health risks.

You are going to want to sort the issue as quickly as possible. Of course, you can, and may even need, to call a plumber. But, in many cases, it is worth taking a look yourself first. 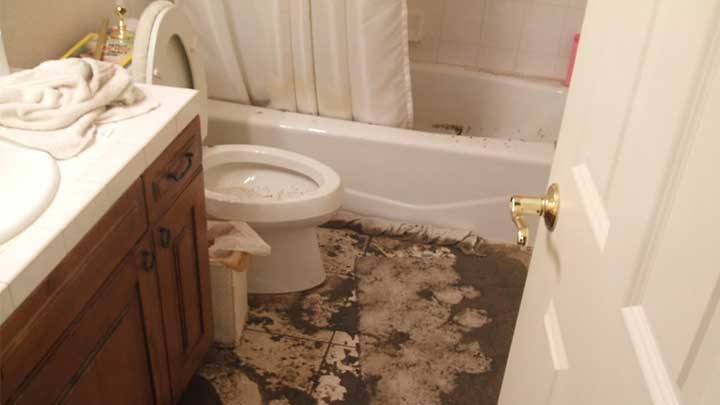 The most common reason there is sewage in your bathtub is that you have a blockage in your pipes. This can be caused by a variety of different things, such as items being flushed down the toilet that shouldn’t be or hair and debris clogging the pipes. It can even be caused by roots damaging the main sewer pipe.

When the blockage occurs the sewage can no longer get passed. The result is it starts to back up the pipes. Once the pipes are full it will enter your home and the bathtub is usually the lowest drain, hence the reason you’ll see it in their first.

To eliminate the sewage in your bathtub you’re going to need to get rid of the blockage. That means finding where the blockage is and what has caused it. You will then be able to decide if a repair is needed or family members need to be more careful when using the plumbing facilities.

The first step in investigating sewage in your bathtub is to remember that it can be dangerous. It’s safest to wear gloves and a face mask with safety goggles. This will reduce the likelihood of the sewage entering your bloodstream.

As the most common reason for sewage in the bathtub is a blockage you’re going to need to find it to remove it.

The easiest way to do this is to invest in a pipe inspection camera. This is a small device that can be slid through the pipes and give you a live image of what is inside them.

It is worth noting that when a blockage is building your drains will start to work slower, telling you there is an impending issue. If this affects all the appliances in your home then the problem is in the main sewer line connecting your home to the mains. However, if it is only affecting one appliance, such as the bathtub, then the blockage is in the pipes by the tub.

In most cases, this is simpler to deal with but you will need to proceed with caution.

Dealing With the Blockage

You can use rods inside the pipes that are designed to shift blockages, it is even possible to use a drain snake if the blockage is near the bathtub. Plungers can also be effective and you may be able to remove the trap under the appliance to remove the blockage. But, remember that removing the trap will allow all the contents of the bath to escape onto the floor, be prepared for that.

Damaged pipes will need to be replaced and you should, if possible, avoid using harsh chemicals to unblock the drains, they can damage the inside of your pipes.  Baking powder and vinegar can be effective!

Of course, if the blockage is in the sewer pipe connecting you to the main drain and it’s a result of damage to the pipe, you’re likely to need to replace it. This is a sizeable job as you’ll need to dig part of your yard up, you may prefer to let the professionals do it.

The key to preventing blockages is to use your drain camera to inspect your drains regularly. This will allow you to identify and deal with any issues before they become a serious problem.

Alongside this, you should make sure that only human waste and toilet paper are put down the drains. Hygiene products and wet wipes are particularly effective at creating blockages in pipes, they should be placed in the bin. This prevents the blockage from occurring and from you having to deal with sewage in the bathtub.