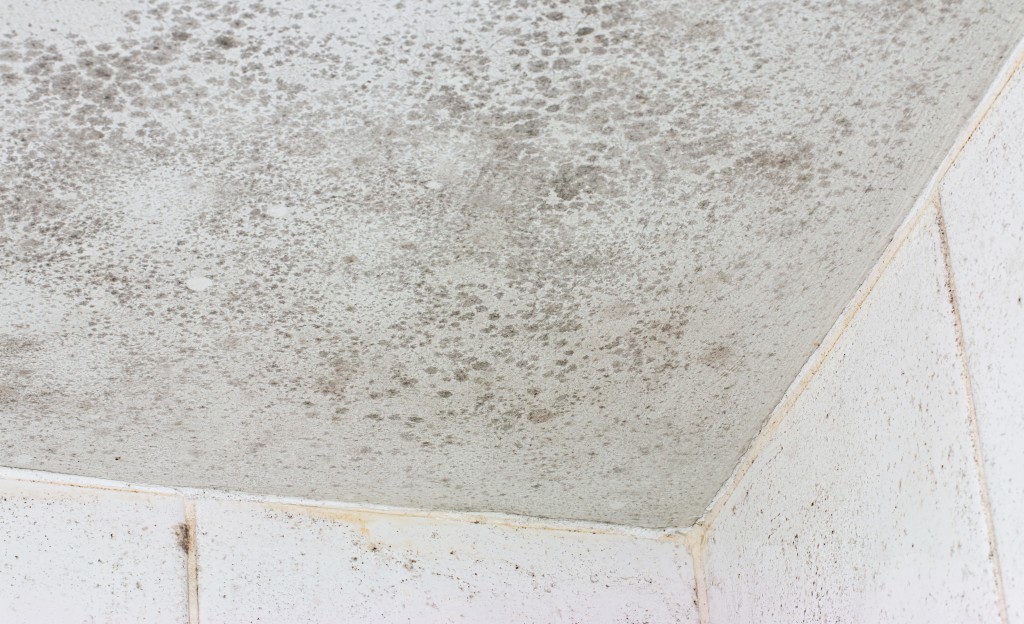 You may think you're keeping your home as clean as possible, but the truth is mould can fester in places you don't normally clean because you don't know to clean there. When left to fester, mould can cause serious health problems for you and your family. It is best to combat it before it gets the chance to grow. You can purchase products such as Domestos bleach to help you remove mould but let's take a look at what causes and how to actually prevent mould on walls, floors and other nooks.

Mould is often a common problem most households have to deal with in their bathrooms, kitchens and attics. These places are prone to mould build up because often they are the dampest places in our homes and are the ideal breeding conditions for fungi. Even though it is a common problem, a lot of people choose to ignore it until it gets out of hand. Leaving mould unchecked can cause serious health problems later on.

What is mould and how does it breed?

What causes mould? Warmth, moisture and food are the three main factors that cause mould to grow. This makes your bathroom and kitchen the most prone areas to mould festering due to steam leaving condensation on your walls and ceiling, but it can develop in any room if the conditions are right. The environment of your home and your living style will affect the growth of mould, and once it forms it can be very stubborn to get rid of completely. Spores can thrive and reproduce even after you think you've eliminated the problem, and if given the right food and temperature it can move onto other surfaces very quickly. Leaky pipes inside walls and in attics can be a huge problem, as if water drips down inside your walls it can cause mould to grow internally inside the walls and affect other areas of your home that will be hard to reach without hiring professionals.

It can be simple to remove mould from walls using water and bleach solution if you don’t have access to specialised products. Be careful of peeling away painted surfaces when using bleach to clean your home. Use a hard bristle brush to scrub away visible mould and always make sure to scrub around the affected area to get rid of lurking spores.

Removing mould from fabric and carpets can be a little tougher. Mould can eat away fibres and is very hard to eliminate once it gets stuck in. If your carpet has mould festering, it is best to contact a professional cleaning company that specialises in carpet cleaning. If you are cleaning the carpet yourself, make sure to wear protective clothing such as facemask and goggles. Scrubbing mould from carpets can cause spores to dislodge and you can end up breathing in damaging toxins. If your carpet is removable, always take it outside to clean in order to prevent mould spreading in your home. Let it dry thoroughly in the sun before bringing it back inside. Apply anti-mould spray to the carpet and the floor before you refit the carpet.

While anywhere can be a place for mould spores to land on, there are ways we can prevent mould from forming. Mould requires the three abovementioned factors to grow, so if you take steps to deprive the spores of those conditions then you can successfully prevent any growth. However, it is important to keep in mind that cutting off these sources won't remove the mould that is already there. If you've cleaned away mould from walls and ceilings, the spores can still remain there and stay dormant for a very long time. It can then very easily grow back if the three conditions are met.

The bathroom can get especially steamy and damp after showers, especially if you live with a number of people and the shower is constantly in use. Having an extractor fan can be great, but often this alone isn't enough to effectively clear moisture from the air. Always leave your windows and doors open for better air flow and if you can, wipe down walls, tiles and shower doors. Shower curtains are especially prone to mould as we tend to leave it scrunched up after we pull it back and this can trap steam and moisture, a lot of people do this without realising. To prevent mould forming on your shower curtain, always leave it spread after a shower. If possible, remove the curtain when the bathroom isn't in use and dry the curtain outside thoroughly.

Mould spores can often get carried into and around your home through dust particles. If dust is left to gather then mould is left to freely spread onto other surfaces. Always dust and hoover your home regularly to prevent this. If you have small rooms in your home then it can be prone to warmth and humidity. If your wardrobe is made of wood it is a good idea to wipe down the interior regularly and air out the entire room. Damp wooden furniture can be harder to detect and if mould forms inside your cupboards and wardrobes then it can easily get onto your clothes.

Storing clothes, wood, books and paper in warm and moisture prone areas is a green light for mould. Make sure your home is properly insulated. External walls a susceptible to dampness and once mould forms on them, it can be very tough to get rid of completely. Check parts of your home for leakage. Places like your attic, garage, roof or store cupboards are popular places for mould to fester without notice, as people don't often use or check these areas. Make sure that your gutter is clear of debris build up and that your downspouts allows rainwater to freely drain away from your home.
Removing mould, especially large amounts of it can be hazardous to your health. If you need to eliminate mould that has grown in hard to reach places, your best bet is to contact a commercial cleaning company. Professional cleaning companies will have products and equipment that can get rid of mould effectively and they can advise you on how to keep mould from returning in the future. For home-made fungi removal products, try tea tree oil, grapefruit seed oil, vinegar, baking soda and bleach. These are not permanent solutions but are known to considerably slow mould growth.