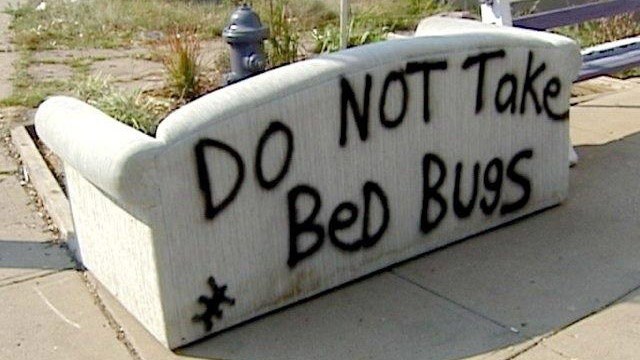 They can come to anyone’s house because they really don’t choose their host based on status or such stuff. Bed bugs are one of the most annoying creatures anyone can ever come across. They are not only considerably uncomfortable to be around but they also shame you in a way. I don’t mean that you should be ashamed that your home has been infested with these creatures, but who really wants to be in front of their friends, or workmates, only for a bug to start crawling on you out of nowhere. Or to show up at work or at the “playground” with bite sores, and when asked what caused them, you say bed bugs. Although I think that the main reason that most people may be ashamed of letting others know that they have been infested with these creatures is that it may paint a “dirty picture” of them. One’s reputation is critical. There’s no shame in being infested with bed bugs but once they are there, they are there, and something has to be done about them – unless you’re comfortable having them as house guests.

How Did They Get Here?

The most common way bed bugs get to one’s home is if one picks them up from someone or somewhere else, where they’ve already infested. If you’re in an environment where bed bugs don’t exist, then the likelihood of ever experiencing their bite is null. It’s only when one is close to their habitat that one is likely to be one of their victims. Therefore, if you’re ever concerned about them but they don’t exist in your area, you’re being paranoid. Conversely, if you’re ever concerned about them because you’ve heard that one of your neighbors, or friends, or coworkers have been infested by them, your paranoia is justified; you have every right to be concerned.

The best clue that you’ve been infested with bed bugs is actually seeing one and positively identifying it as an actual bed bug. The other clue, though not very reliable, is waking up in the morning with a bite that’s itchy, red – especially at the specific point the bite is likely to have occurred, and whose soreness lasts for longer than a day. Moreover, if your living with other people and at least two of you indicate the same symptoms, that is also a clue. Be that as it may, it is possible for two people to sleep in a bed infested with these creatures and they only target one of them. I don’t know how or why they do it, but sometimes, they have favorites. You should be happy if you’re the one whose blood they find repulsive without even tasting it; just the scent – urgh!

At their nest or layer, bed bugs usually aggregate, but when looking for some juicy meal, they are lone rangers. An amateur control method is to squash it the moment you see it. Their skin is usually hard; tough skin for such small creatures. Anyway, with enough pressure, you can pop it into oblivion. If you’re lucky, it may be the only bed bug around, and that’ll be the end of it. But what if that was just the underdog? To be safe then, don’t just stop there, look around and see whether you can locate another or others. If your efforts are not successful, this is one of those cases where you can be glad your efforts were in vain. Phew! You have nothing to worry about. However, if you spot another, do the same thing you did to the other one and continue the search. If you spot a third one, then you can’t go on squashing bugs the whole day now, can you? The search in itself is time-consuming, and if it’s in the morning, I’m sure you’ve got better things ahead of you. It’s time to call the professionals at eliminating these pests and let them do all the hard work for you – of course at the expense of your other efforts.

Bed bugs have been bugging our beds for centuries now. Unfortunately, like sin, so far the only thing we’ve been able to do about them is to contain them and not necessarily get rid of them. With time, perhaps, we’ll be free from their terrors, but until then, if you’re not at the moment infested, be glad. Otherwise, just call the professionals immediately, and in a few days, you’ll have things the way you like them. Finally, stay away from people or places that are likely to be infested with bed bugs if you want to maintain your peace.