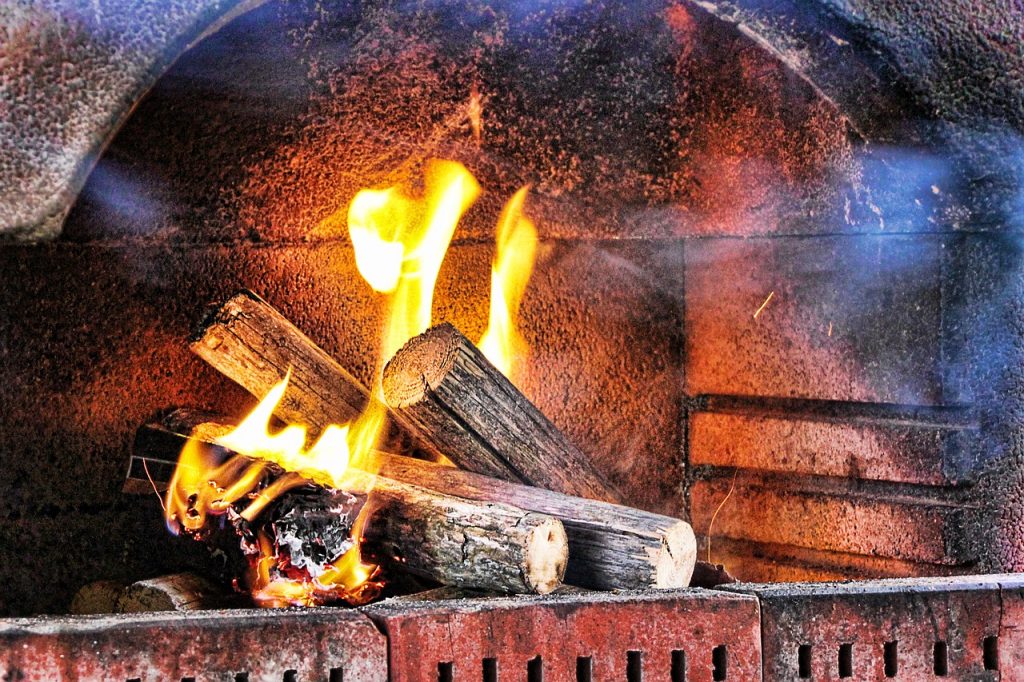 If you are a regular wood stove user, you are at least aware of the hazard posed by chimney fires. The fact is chimney fires are a lot more frequent than you would think and cost property damage worth hundreds of millions of dollars every year. This is in addition to the thousands of deaths and injuries caused by such fires. The worst part is that most such fires can be prevented if the proper steps are taken.

Cause of Chimney Fires

One of the leading causes of chimney fires is the build-up of creosote in the chimney. This is a very common occurrence when you use wood burning stoves. Creosote is a by-product of wood fires, formed out of condensed vapours and particles that remain after the incomplete burning of wood and is corrosive and very combustible. It tends to coat the inside walls of the chimney and, indeed, anything it passes through. It comes in two forms – a hard layer on the inside of the chimney or the pipes or a fluffy material that causes blockages in pipes. The seriousness of the fires caused by creosote build-up can be judged by the fact that such fires can reach temperatures of more than 2000 degrees Fahrenheit.

Prevention of chimney fires becomes imperative when one considers the amount of damage they can cause to people and property. Fortunately, preventing a chimney fire isn’t rocket science and involves steps that you would normally take.

Any person who has used a wood burning stove for some time can tell when the chimney is getting clogged up. For those of you not in the know, you need to watch out for smoke coming out of the door of your wood stove and the stove not drafting properly on a regular basis. If you have the skill, you can get a proper brush and extension rod and clean up the chimney yourself. If you don’t have experience doing this, it isn’t safe and it is a better idea to call in a professional chimney sweep in Brasted, Kent, TN16.

Since creosote is formed when wood doesn’t burn properly and completely, it automatically follows that you need to burn the proper type of wood to prevent a creosote build-up. This means that you shouldn’t be burning wood that hasn’t been completely cured or wood that is wet because such wood will not burn as properly as dry wood will. Also, if you can, try burning hardwood in your stoves since this type of wood does not contribute as much to a build-up of creosote. If you are burning wood such as pine or larch, you will definitely need to have your chimney cleaned more often by a professional chimney sweep in Brasted, Kent, TN16.

As has been established by now, the hotter a fire burns, the less you have to worry about creosote building up in your chimney. You need to ensure that your wood stove burns quite hot on a regular basis. However, you don’t want to go overboard with that so it’s best to install a gadget that can tell you when the stove is too hot and you should close the chimney flue.

Get your chimneys inspected regularly for build-up of creosote and other hazard. Ensure that someone from the National Association of Chimney Sweeps has inspected your wood stove chimney and given it a clean bill of health. Chimney sweeps belonging to the NACS not only give you a Certificate of Chimney Sweep once your chimney has been cleaned but also tell you when they recommend it should be cleaned next. They also carry other equipment which allows them to figure out any faults in your chimney whether it is new or old.

Chimney fires are a preventable hazard. If you are alert and follow these measures you can help prevent chimney fires. While woodstoves and fires are great at heating up the house, they can be quite hazardous if you don’t take the proper steps to maintain them.