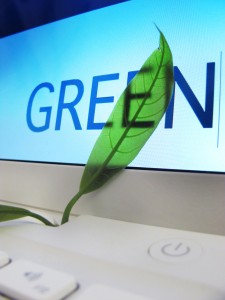 Modern offices are a cluster of technology and coffee. The constantly evolving world in which all businesses must operate necessitate a commitment to being energy efficient. Initially, it is possible to reduce the energy consumption for a business, with some relatively small steps.

If want to learn more about energy saving tips then the gov.uk website has plenty of interesting content

Collecting all the waste paper from the office bins, to be mulched and compressed into fuel bricks, which are then burned to produce the heat for the office, is one step too far for most businesses. However, these small steps take just a few minutes to carry out and will reap large reductions in energy usage.

Desktop computers and their screens are huge energy sapping devices, which just happen to be sat on every desk in the office. When a screen or a computer is not being used, they should be put into sleep mode to reduce the amount of electricity they are using. Leaving computers and screens turned on whilst someone has their lunch break will cost the company hundreds over the course of a year, yet it will take a few clicks to tun everything off for the hour.

Indeed, it has become pretty common practice to leave a computer on in hibernation mode over night to save the employee a few minutes in the morning. This means that the computer has been drawing electricity all night long for no really productive value. Turning off computers and screens is a really small step to start making huge reductions in energy consumption.

Buy a coffee machine instead of boiling a full kettle every time.

Initially, this will sound like spending more money than you could ever think of saving. However, a full kettle being boiled for a single cup of coffee, is one of the biggest wastes of energy in an office. Thinking through how many times this would happen in a day in a typical office will immediately show you how much you could save.

Reduce your heating loss through windows

According to Neeeco’s Mass Save program, one of the first aspects to look at when attempting to reduce the energy consumption of a business, is to look at heat loss. Most offices lose the majority of their heat through the windows, when a simple solution would greatly reduce this and keep the heat in. A set of blinds can be hung in a window in under 5 minutes, but will immediately create a barrier to both the heat leaving the office and the cold transferring through the window into the office. A set of blinds can be opened in the summer to allow the sunlight into the office and shut to keep the heat in. The blinds can also offer a degree of privacy to open plan offices which are only separated by glass walls.

If blinds are not a practical solution due to the position of the windows, a glazing film can be put onto the window to act as a transparent reflective surface. This option is more expensive than blinds, but offers a completely invisible solution. By reducing the amount of heat leaving, you are immediately reducing the amount of energy needed to keep the office comfortable.

None of these suggestions are going to take over the working day. They can go completely unnoticed by employees and yet become one of the first things which the accountants see on the monthly reports. Turning off a computer, installing blinds and only boiling the water you need may seem miniscule, but will clearly impact your energy consumption.

A post by C. McDonald. After reviewing my home energy consumption my attention turned to that of my workplace. I am now want to spread the word about how easy it is to make a big difference. I began my journey by contacting my current commercial energy supplier – www.havenpower.com