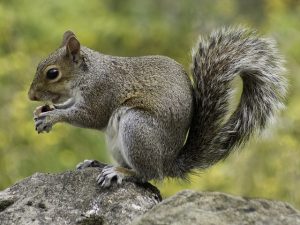 Here in New England, you’re likely to see a wild animal or two anytime you step out into your backyard. Some of them we’re always happy to see. Others, not so much. From squirrels and raccoons to some much, much bigger creatures, the key to wildlife control New England is knowing which animals are actually good to have around, and how to discourage the ones that aren’t.

From squirrels and chipmunks to rats and mice, rodents are some of the most common animals in New England backyards. Other than occasionally raiding your bird feeder, squirrels don’t usually cause a nuisance. But rats and mice frequently find their way into homes where they’re quick to start breeding.

Raccoons are very common, and while they might look cute, they’re anything but friendly. In addition to being some of the most frequent carriers of rabies, they seem to make it their mission in life to get into every trash can they can find.

Inhabiting wooded areas throughout the Northeast, whitetail deer commonly wander into backyards to graze. For some, they’re a welcome guest; but if you’re a gardener whose plants they find particularly tasty, they might be more of a nuisance.

Foxes are rarely seen in the daylight. For the most part, they are nocturnal hunters, and if you have foxes around, there’s a good chance they’re actually helping you by keeping rodent populations under control.

Gophers, woodchucks, and moles live underground, usually digging burrows in out-of-the-way places well away from human activity. But they do sometimes damage lawns, causing a problem for homeowners trying to keep their yards tidy.

Some people just think snakes are creepy, but they are almost always harmless. Rattlesnakes and copperheads exist only as far north as southern Massachusetts—where they are very rare, and protected by law—so you’re not likely to encounter one. Other New England snake species, like garter snakes and rat snakes, mostly stay out of sight, quietly keeping rodent and insect populations in check.

Black bears usually stay away from humans, but they occasionally wander into populated areas in search of food. If you see bears in your backyard, stay inside—they’ll probably just leave on their own if they don’t find anything to eat.

Sure they’re cute, but rabbits can cause damage too. They love to nibble away at the tender young leaves on shrubs, flowers, and vegetables. If you’ve ever tried to grow strawberries in your backyard, then you know how tasty they are to rabbits.

Moose don’t come into backyards very often, but when they do they certainly make an impression. Short of building a 10-foot fence around your property, what can you do?

JeremmyJr. is author at LeraBlog. The author's views are entirely their own and may not reflect the views and opinions of LeraBlog staff.