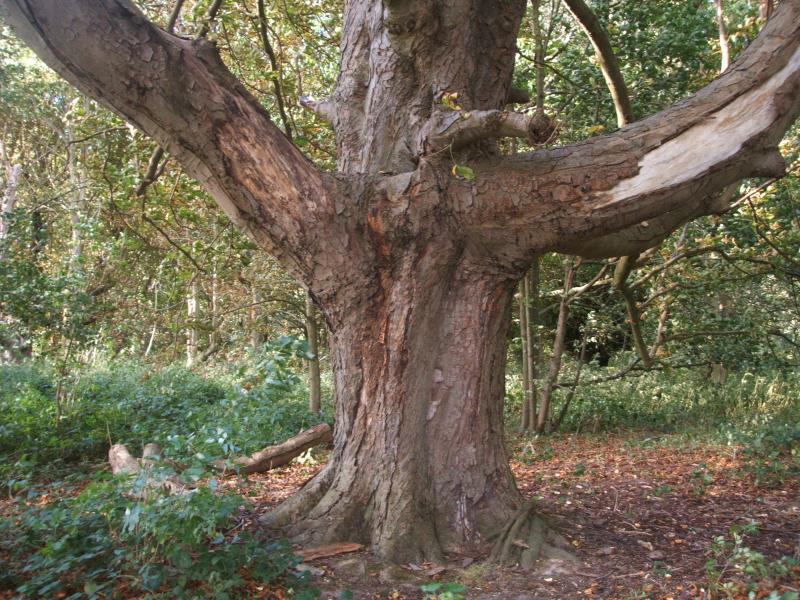 Tree pests and diseases are continuously threatening Britain's trees. The elm disease caused a heavy blow to the elm tree species in Britain. Here is an example of which many people may have heard of or recall. Dutch elm disease killed about 25 million of the 30 million species in the UK. Most of these diseases threatening our trees today come from the continent.

While our trees are continuously under threat, the future is uncertain for them. The main pests and diseases affecting our trees today are ash (Fraxinus), oak (Quercus) and horse chestnut (Aesculus).

The horse chestnut was first introduced to Britain in the 1500th hundred century and was brought here for its ornamental value. It origins are from south-east Europe and has since being introduced into Great Britain and has thrived. It is famous for its conkers and is commonly known as the conker tree. The game conkers is an old kid's game where two people hit each other conkers until one conker breaks into pieces. As well as bearing conkers, in the spring, it bears large white or pink flowers and is considered to hold a high amenity purpose. This specimen grows to a height of nearly 40 meters and compromises a perfectly domed crown.

Pests and diseases affecting the horse chestnut today include:

Horse chestnut scale is caused by an insect called Pulvinaria regalis. It was first seen in Britain in 1964 and was found in London, it does not cause serious harm to the trees and prefers trees that grow in sheltered areas. In early summer, the adult female produces capsules known as an ovisac, which she lays here eggs into. The young insects then move upwards into the crown of the tree and feed off the leaves.

Pesticides to be spayed in early to mid-summer

Horse chestnut leaf blotch is caused by Guignardia aesculi which are a fungus, it was first found in Britain in the 1930's. This causes a red and brown blotch on the leaves of the horse chestnut usually with a yellow rim around it, although sometimes this yellow edge is not present and is thought to be caused by bacteria. This condition is not to be confused with horse chestnut leaf miner and is a condition that is more unsightly than a significant risk to the life of the tree.

Red and brown blotches on leaves

Horse chestnut leaf miner is a moth that was first found in Britain in 2002. The larvae of the moth eat away the leaves of the horse chestnut, the moth is only 5mm long, and each female can lay up to 40 eggs per season, the damage they cause is similar to that of Horse chestnut leaf blotch as it also causes brown blotching to the leaves. It is found in southern Britain but is now increasing spreading further north. It does not permanently damage the tree but can weaken the tree after repeated yearly attacks and leads to the tree decline.

The burning of dropped leaves

Complete removal of the tree

Bleeding canker of the horse chestnut is caused by bacteria known as Pseudomonas syringae pathovar aesculi and was first spotted in Britain in 2000. It attacks and kills the cambium layer of the tree and produces a sticky discoloured liquid which seeps out from infected stems and or limbs of the tree. It causes the tree to drop its leaves early and unfortunately it is now common in Britain, it causes major dead wood in the crown of the tree, and this infection can lead to the death of the tree. It has now infected the whole of Western Europe and currently affects 1 of 2 horse chestnuts in Britain.

Dark crusts around the wounds

Fell and remove if dangerous