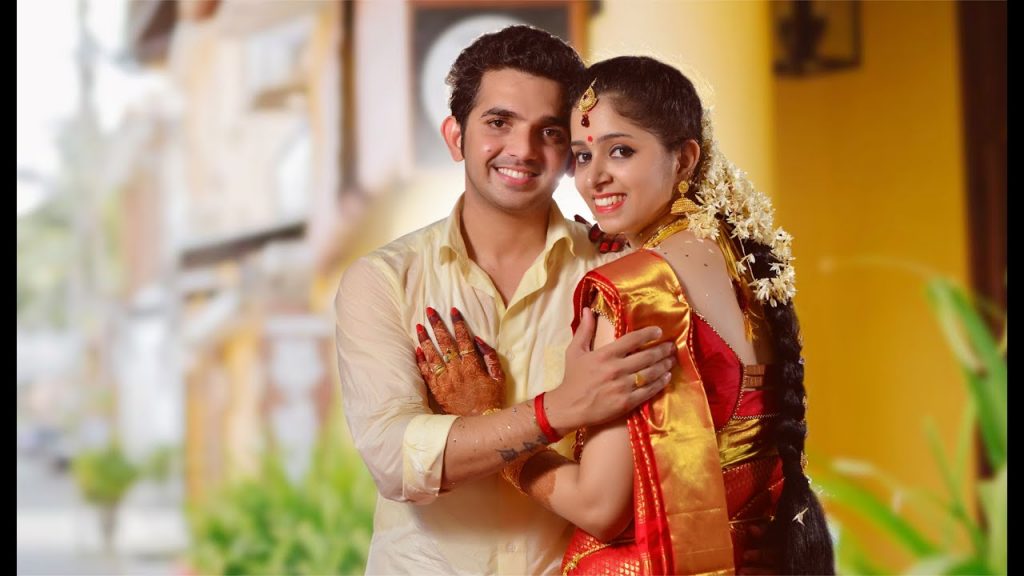 The state of Kerala is known as God’s own country for many things, including its natural beauty, beaches and backwaters, its hill stations, spices and Ayurveda. These are what the tourists find attractive. There are other things that are well known about its culture such as the Kerala weddings. Recently, the weddings of Kerala are talked about for their opulence and extravagant nature. The experience is amazing and memorable. So, what is it that makes the wedding so special?

The brides of Kerala are almost covered in gold, which stands out even more when worn on the traditional attire of the cream-coloured cotton sarees known as the Kerala Kasavu Saree. The ornaments starting from the maang teeka worn on the head to the toe ring are all made of gold. The gold ornaments include necklaces of various sizes, waistbands, armbands, earrings and loads of bangles. Looking at them, you might be forgiven for thinking that they buy gold by kilos from Dubai, where a large populace of the state resides. It is not just the bride who is covered in gold but the other women attending the wedding also take this opportunity to flaunt their jewellery. They are all dressed in rich silk sarees to go with the ornaments.

The reason behind this is the traditional values as gold is considered as an offering to God. As a part of the Kerala matrimony practices, parents with daughters start collecting for the wedding day right from the day the daughter is born. They wish to give her enough for her own security as well.

The Kerala wedding feast known as the “Sadhya” is one thing that you should not miss. The word Sadhya literally means ‘feast’. This feast is served on a banana leaf. As you sit in front of the leaf, you are served with delicacies one after the other starting from pickles and salads that are served in the top left corner of the leaf and ending with the mouth-watering payasam. Considering the large number of items on the menu, you can only imagine the number of people who have been deployed to serve the meal.

Some of the items in the meal that are specifically made for weddings include thoran, olan, khichdi, pachadi, erissery, kaalan, avial and koottukari. These are followed by rice with dal, sambhar and curry. You are then served rasam for the rice. Payasam marks the end of the meal. Buttermilk helps in digestion of food. Similar meals are served for other celebrations in the state as well.

Earlier, the wedding ceremony used to be very simple, but now it has taken on the form of an event. The ceremony starts with the bride’s brother welcoming the groom before the couple sit in the mandapam to exchange their vows. The main ceremony involves the tying of the ‘Thali’, going around the stage three times and taking the blessings of the elders. This is followed by the Kanyadaan, where the father gives away the bride. There are many other significant rituals such as giving away of clothes and drinking sweetened milk.

These days, the wedding ceremonies are influenced by various cultures of the many states of India and include events such as mehendi and sangeet as well. With destination weddings gaining more popularity, today many people also schedule the event on lavish boathouses, which give a spectacular experience.

The weddings, though traditional, are planned thoroughly from beginning to end by professionals in the field. At every stage of the wedding, care is taken by the planners to see that everything goes on smoothly without a hitch. The guests are paid full attention. Many innovations can be seen in a Kerala wedding to make it more memorable than the previous one. The hospitality paired with the opulence and luxury of the wedding help it to remain etched in the memory.

The first stage of the planning starts with the matchmaking where the traditional word of mouth unions are paired with online matchmaking websites. The result is a happy couple agreeing to spend their lives together while accepting the sweet bonds of matrimony. If you plan to create a memorable wedding for yourself and need help in choosing a life partner without the help of your relatives, you can also use matrimony apps. You will be able to find someone who is just right for you and fits all the criteria you have in mind for the perfect life partner.