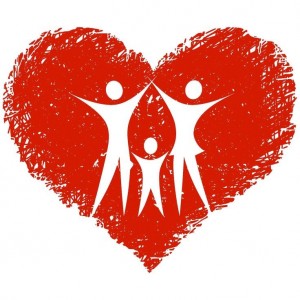 There are many myths about both the fostering and adoption process that preclude families from getting involved. With more than 400,000 children in the foster care system, it's important to debunk these myths so that more people are ready to open their hearts and homes to children desperately seeking a secure future. Many children wait for years â€” sometimes for their entire childhoods â€” until they age out of foster care and enter into an uncertain future.

Myth #1: Foster children usually go back to their biological family
Approximately 50% of children in foster care do return to their biological family. However, of the children adopted from foster care last year, 54% were adopted by their foster family. Internationally, there are more than 153 million orphans who are missing at least one parent and 17,900,000 who have lost both parents.

Myth #2: If you're not married, you can't foster or adopt
Most foster or adoption agencies do not discriminate based on marital status, age, income or sexual orientation. In fact, in 2011, 32% of children adopted from foster care entered a single parent household or the home of an unmarried couple. This figure includes children who were adopted by lesbian, gay, bisexual and transgender families (LGBT). You do not have to own your own home, be a stay-at-home mom, or be rich! Criteria may vary from state-to-state, but generally prospective parents need to be mature, stable and loving.

Myth #3: It is impossible to adopt an infant

More than 20,000 babies are available for adoption in the U.S. every year. This is as many or more than the number of international adoptions annually.

Myth #4: You can't adopt a child if you're in the military
Both military families stationed overseas and the U.S. can adopt children.

Myth #7: Adopted children aren't as smart as biological children
Research shows that adoptees are as well-adjusted as their non-adopted peers. In fact, according to s a study by the Search Institute:

However, studies have also proven that children raised in orphanages score 20 points lower in IQ than their adopted counterparts.

Myth #10: Children in foster care all have special needs
First of all, the federal government defines special needs very broadly. Special needs can apply to children who are simply older, come from a specific race, are part of a sibling group that wants to remain together, or has physical or mental handicaps. Special needs do not necessarily mean special education. While it is true that many foster children may have emotional issues, this can be said of many children whether biological or adopted.

Many people are interested in adopting, but never move forward because they lack the right information. It is important you get the facts versus the fiction if you are considering fostering or adopting a child. Adopting a child can be one of the most rewarding experiences you and your family will every experience and a joyful event for everyone involved.