Laughter is good for you. Fact. It reduces stress, improves the immune system and releases endorphins – so it makes you healthy and happy at the same time. Popular myth has it that the average child laughs between 300 to 500 times a day, which is once every couple of minutes. The average adult, however, really does laugh about 17.5 times a day. Seventeen laughs and a giggle, presumably.

Father’s Day could be the perfect time to reverse that trend and spend the day pulling chuckles out of your old man. But how to do it? That’s a problem. Letting him have a lie in and bringing him a cup of tea, a handmade card and a slice of marmalade on toast are good, but are more likely to lead to a warm gooey feeling of being loved, not a laugh. So, what next?

It’s tempting to fall back on the quick and easy option of going for a meal at his favourite pub or restaurant, or getting him tickets to the game, because you know he’ll like it. But will he laugh out loud? Probably not. You’ll have to come up with something else: let’s start the day with a different kind of gift!

Gadgets can solve practical problems, or they can be utterly frivolous. Either of which should make them perfect for Father’s Day. But as attractive as they are, purely practical gifts won’t give him a laugh, they’ll give him work to do. No thanks. Not on Father’s Day.

When your dad wakes up on his special day, he wants to see something out of the ordinary or downright bizarre. Hand him a can of suspiciously delicious Pug Poo. He’ll chuckle when he reads the ingredients. Promise! It’s not really poo, they’re chocolate covered raisins but you get the idea. Failing that, there’s no shortage of other cheeky gadgets to choose from. 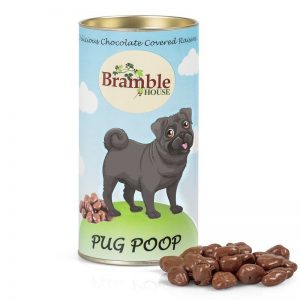 He’s had his present, chomped some pug poo for breakfast and wants to know what treats you have in store for his big day. Sitting by the telly, being waited on hand and foot until the match kicks off isn’t for him. He wants something to do. He wants to have a laugh. And he wants you to make it happen. Time to bring out the big guns.

Five minutes later, there’s you, a mankini, this dart gun and twelve paces between his favourite spot on the sofa and your quivering half naked body. Your dad will probably remember 90s TV stunt show, Jackass. He’ll remember the pain they put themselves through. A flood of warm nostalgia will make him smile. He’ll take aim. Fire a bolt. And the look on your face as you hit the ground after taking a round, may, just may, trigger a giggle. And if it doesn’t, the high-pitched squeal slipping from your lips shortly thereafter definitely will. 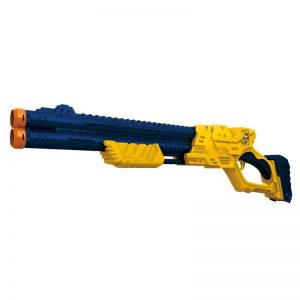 Quick one at lunch

Making a fool of yourself doesn’t have to involve personal injury, but a little light humiliation can go a long way. And since Father’s Day falls in flaming June, it’ll be time to get the BBQ roaring. Your dad can take a back seat while you guard the grill in that mankini of yours (as long as it’s a flame-retardant mankini of course). If he doesn’t laugh, the neighbours probably will. Right before they call the police or post a picture of you on Facebook.

A light lunch later and the old boy’s still looking for laughs. You’d drag him to a comedy club, but it’s Sunday and they’re all shut. Fortunately, this is the 21st century and classic comedy is a mere click away. Settle him in with his favourite tipple and start streaming all 180 episodes of Seinfeld, or whatever his favourite comedy show was: Cheers, One Foot In The Grave, Black Adder, The Simpsons, Derek and Clive, Billy Connolly are all guaranteed to get a laugh.

The afternoon has slid by and he’s looking forward to the main event of the evening: two tickets to a very special show. Twenty years ago, two Australian “fellas” decided to develop their backyard party trick and take it out on a global tour.

That trick was the ancient art of genital origami, a treat from down under that they subsequently spread across the world under the moniker, Puppetry of the Penis. An unorthodox choice for Father’s Day, perhaps, and one that’ll either bring a smile to his face or a tear to his eye. Most likely both. If there’s not a timely show nearby, grab the DVDs and let him wince and wail at his leisure.