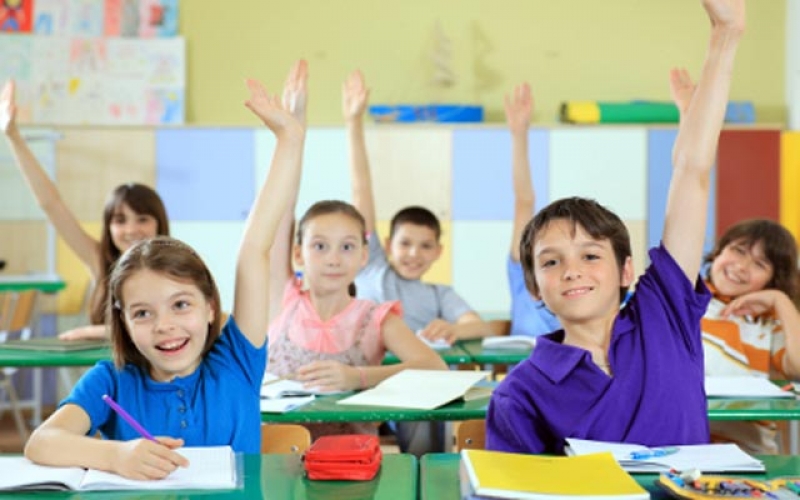 We send our children off to school every day, safe in the knowledge that they are going to a safe place where they can learn and have fun. However, the school classroom environment is not as safe as one would think. If we set aside school shooting incidents, which are thankfully not that common, we find that there are still plenty of health risks kids are being exposed to, as well factors that can negatively affect them on a psychological level.

The point of this article is not fear mongering - there is already enough sensationalist material on the web that exploits parents' fears to fill a library - but rather to provide some insight into the poor conditions in modern schools, so that more parents start petitioning for positive changes to be made.

A large number of school buildings are fairly old, dating back to the 50-ies, and some even further back. Use of lead paint was widespread during this period and you can still find large amounts of it in schools today. Lead poisoning occurs slowly over time, as lead accumulates in the body through inhalation, ingestion and physical contact with cuts on the skin. It can cause serious problems, including memory loss and learning disabilities in young children. By all accounts, lead exposure in schools is still a big risk, and it's not a problem that can be solved easily.

A lot of school have very poor indoor air quality

Air quality is dependent on a number of factors, including ventilation, various off-gassing materials and chemical products, the number of people in a room and maintenance practices. The potential risks in the average classroom are relatively high, and the negative effects range from headaches and loss of concentration to irritation, persistent coughs, and even asthma if exposed to poor air conditions for long periods of time.

This is a problem that can easily be solved with regular maintenance and investing in proper HVAC systems. Unfortunately, most of the time, there are simply not enough funds in the school budget to address the issue.

While science projects should be fun and engaging, proper safety measures should always be implemented. This is not always the case, and in a lot of schools chemistry experiments are conducted in classrooms with no emphasis on basic equipment like lab coats and safety goggles, open flames and toxic chemicals burned in the open instead of behind glass and with an aspirator running and so on.

It's not only the children who can get irresponsible and hurt themselves - it's often the teachers who, in an effort to impress their students, make stupid mistakes exposing themselves and others to danger, like the flaming science teacher in this popular YouTube video.

Bullying is a big problem, and zero tolerance policies only make it worse

Given what we know about basic human psychology, there will always be people who are maladjusted, prone to violence and sociopaths. Even kids that are capable of empathy and have had a fairly good upbringing can still pick on others in an attempt to establish a pecking order. Human societies rely on a hierarchy, and those that are bigger or more aggressive than others will try to impose their dominance. At times however, things take a sharp turn from social violence into the realm of predation, where a child or a group of children seek out those weaker than them and harm them emotionally and physically. What makes matters worse is that zero tolerance policies do not allow children to take a stand and fight back, while the bullies themselves are shunned instead of rehabilitated, and pushed further into the world of violence. While playground fights were a commonplace things a couple of decades ago, these days, staying safe in school is a slippery slope, and children can be severely punished for minor infractions.

The school system often takes a back seat to a myriad of other issues that politicians prefer to address, and very little of the taxpayers' money goes towards improving the conditions and educational practices in schools. If we really care for our children, we should try to make a change and leave our new generations in capable hands and a safe environment.