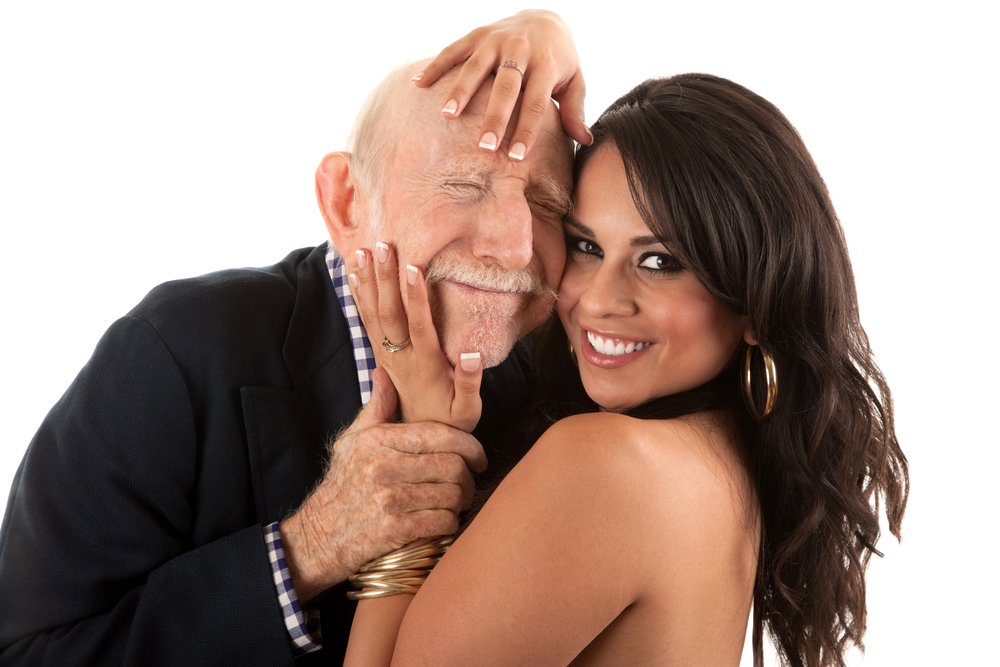 Men experience attraction on a more physical level. I recently had this discussion about men liking younger women with a male friend of mine. His explanation was that men have stronger physical attractions that are the basis for their feelings, where women tend to have feelings for someone because of their personality and character, although physical attraction is still a somewhat important element.Men typically pursue women that they find more attractive, and unfortunately as people age a lot, they become less attractive by nature than they were when they were younger. Just because a man gets older doesn't mean he suddenly finds older women closer to his age more attractive. His tastes and preferences will still remain the same as they always have, and younger women are more physically appealing than older women. Men that like younger women do so because they are closer to his ideal of physical beauty.

In addition to this, gender roles make men feel like they should be the protector in a relationship. Men like younger women because it appeals to their sense of dominance and active role as protector, and they feel more fulfilled in a relationship when they can act as the protector and primary care take and younger women give off the impression that they need someone to look after them. When a man is older than the woman he is interested in, there is a sense of dominance because he has more life experience and is seen as a more authoritative and respected figure in society the older he gets.
Let’s take a look at some more reasons:
Some men and women go after younger people just to feel younger. They think if they hang out with younger people, if they have a younger boyfriend/girlfriend, they will feel younger. This is the main reason why people who suffer from middle-age crises always get attracted to younger people. Not because they think younger is prettier .
Judgment From Society
In most modern societies , people do not judge a man’s behavior as much as they judge a woman’s behavior. When an adult guy parties a lot, he “Just likes to party. He’s fun.” When an adult woman parties a lot, society says things about her like, “She must be sleeping with a lot of guys like ‘party girls do’.” I’ve personally even overheard some comments about women like, “She’s 35 and dancing like a 21!” or “She’s a mother and still make sexual jokes outside.” People don’t say these things about men that much, and men are better at not caring what other people think. Some women can’t close their ears to that kind of absurd, sexist criticism, and if it’s the correct word…become boring adults without wanting it. Older a woman gets, more pressure she feels about doing everything in the right, responsible, mature way. And generally, men like women who can get crazy/childish with them every now and then.
Insecurities
Some men (and women) feel flattered when a younger person chooses them over people their own age. It’s their way to prove themselves, “I’ve still got it!”
Commitment
The age a woman wants to settle down and a man wants to settle down is pretty different in western society, to how it once was. A 30-year-old male friend of mine usually only dates with women who are 25-26. He doesn’t want to get married at least he’s in his mid-30s. He told me whenever he goes on a date with a woman his age or an older woman, and talks about where they see themselves in the next 2-3 years, woman wants to be married. That’s not what he wants. So he’ll either continue dating with the 30-year-old lady and waste her time, or he’ll date with a 25-year-old so they’ll be ready to settle down at the same time. He goes with the second option.
Mainstream Media
In the past, there have been times when the most popular, admired celebrities were in their 30s and 40s and the ideal weight was completely different than today. In 2000’s, the media shows it like younger, thinner = better. That naturally affects what men get attracted to at some level. Just like how today women more easily get attracted to younger men because the media normalized that in our eyes, we saw many examples.

sarathompson is author at LeraBlog. The author's views are entirely their own and may not reflect the views and opinions of LeraBlog staff.