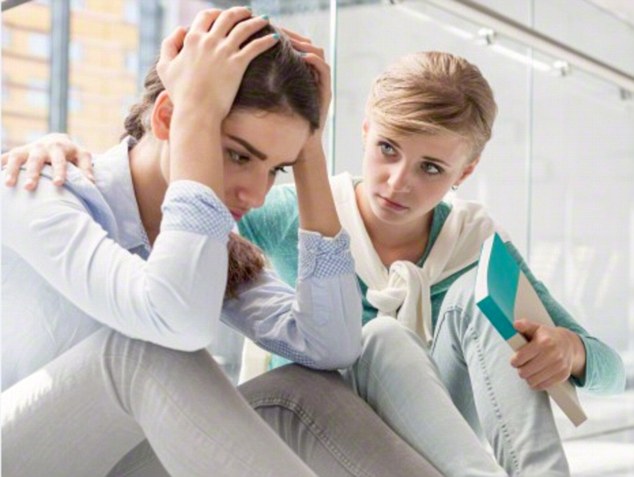 It’s a sad reality that suicidal people suffer in this world. Being suicidal can be a symptom of a traumatic experience, depression, anxiety and other mental illness. Those who are abused and mistreated may become suicidal as they believe it’s the only real way to escape the situation they have been put in. Other times, those who commit suicide see it as a form of escape from something else in life, be it consequence or pressure. Regardless of the reason someone is suicidal, the situation is dire and sad.

However, suicide is something treated rather flippantly by a vast majority of people who don’t understand the seriousness of the issue. Many often make remarks about killing themselves in non-serious contexts. “Ugh, I bombed that test. I should just kill myself.” “What a horrible outfit; she should just kill herself.” People become desensitized to the seriousness of the subject and don’t think of what they are truly saying.

In the middle of these two extremes, though, are those who do brandish the idea about in a manner that’s meant to be taken seriously, but the outcry is only meant to receive attention. They claim to be suicidal but are really fine, but they do want the attention and support that comes with making such a claim.

This creates a problem for both those who truly struggle with ideations and suicidal thoughts and those who want to support those who truly are suicidal. How do you tell a person who is truly considering killing themselves from someone who is faking for attention?

As a disclaimer, it is to be understood that you should only ever remark about killing yourself if the idea is real and concerning. Whether it’s something that you have fixated on, thought about or planned out, if you are suicidal then it is something that should be spoken on.

Because it is so important to talk about suicidal thoughts when they come up, those who fake suicidal warnings for attention create a massive problem for those who are truly suffering. The common ideology is to now disbelieve every suicidal person because of the few who claim they’re suicidal only to be caught faking it.

Regardless of whether or not someone is faking, unless you have irrefutable proof, it is always advised to err on the side of caution. It may be doing some harm to support those who are only claiming suicidal thoughts for attention, but the harm will be much worse if you accuse someone who is truly suicidal of being a fake.

One of the most tell-tale signs of someone using suicide as a form of attention-seeking is their story seems inconsistent. Most posts and stories about someone who is suicidal will have concrete details about how they’re feeling and why they’re feeling that way. The best way to experience the feeling of being suicidal is to actually live with depression or to have gone through an experience that causes these emotions. Most who threaten suicide as a means of getting attention have no real context for the seriousness of mental illness or trauma, and therefore their stories can get muddled.

The tone of the conversation or post can also be a telltale sign. Those who want to discuss suicide are often collected when they discuss the idea, while those who are doing it for attention can dramatize the scenario. It’s often that someone who is going to commit suicide will want to talk about the problem, but they do have a determination to go through with the act. Someone who wants to get attention for discussing suicide will often go above and beyond to make the issues known repeatedly if and when they don’t get the attention they want.

Also try to look into their history. While it is true that some of those who suffer from suicidal thoughts will mask and hide their turmoil, about 80% of those who commit suicide tell someone beforehand and leave clues, though perhaps subconsciously. In regards to the person in question, have they shown any past behavior that makes their suicide claims more credible?

Have they gone through something drastic recently, such as a death in the family or being fired? Sometimes the telltale sign that it’s a credible claim is just a vibe that you get – when you were talking to or with them last, did something feel strange or off about them?

Again, it is important to keep the thoughts or suspicions to yourself if you only think someone is using suicide as a means of getting attention. Publicly calling out someone as a drama-monger or attention-getter can do damage to them if they are indeed serious, and it also creates an atmosphere that means it’s okay to attach those with a legitimate illness or situation.

Remember, you likely don’t know the whole situation. What you can do is support anyone who says they are suicidal and be there for them, even if you aren’t sure of their validity.

sumitypaul is author at LeraBlog. The author's views are entirely their own and may not reflect the views and opinions of LeraBlog staff.