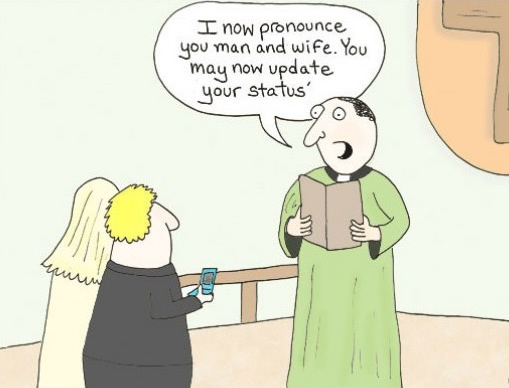 Being in a relationship can be a great and wonderful time full of new feelings and adventures. With today's social media platforms however, this can change the dynamic of how we view relationships and what happens when they end.

Many relationships today even depend on social networks such as Facebook to continue the courting process and share the relationship with friends and family members. What makes this bad is when a relationship is over and there are all the memories from it that are not only in the home but on Facebook too. In today's relationships, not only does one have to clean house in the real world but it must also be done online.

There are three main ways that people deal with a relationship on their Facebook page:

It is never easy to lose a relationship but with social media sites like Facebook it can turn people ugly very quickly if they do not have a handle on their emotions. Everyone who has a Facebook account has seen posts from couples who have broken up that should not be publicized. It's so easy to get caught up in the pain of the loss that people tend to forget that Facebook is more than just a place to connect with friends. It's a public forum and everything that is put out there is up for public debate. In the past, when a relationship was over there was some crying on a friend's shoulder or having a few beers with the boys. There may have been mudslinging but it wasn't done in as public of a way as it is today.

Brittany Clark is a Facebook fanatic who loves to share her experiences with others by writing articles with tips and advice about social media marketing.