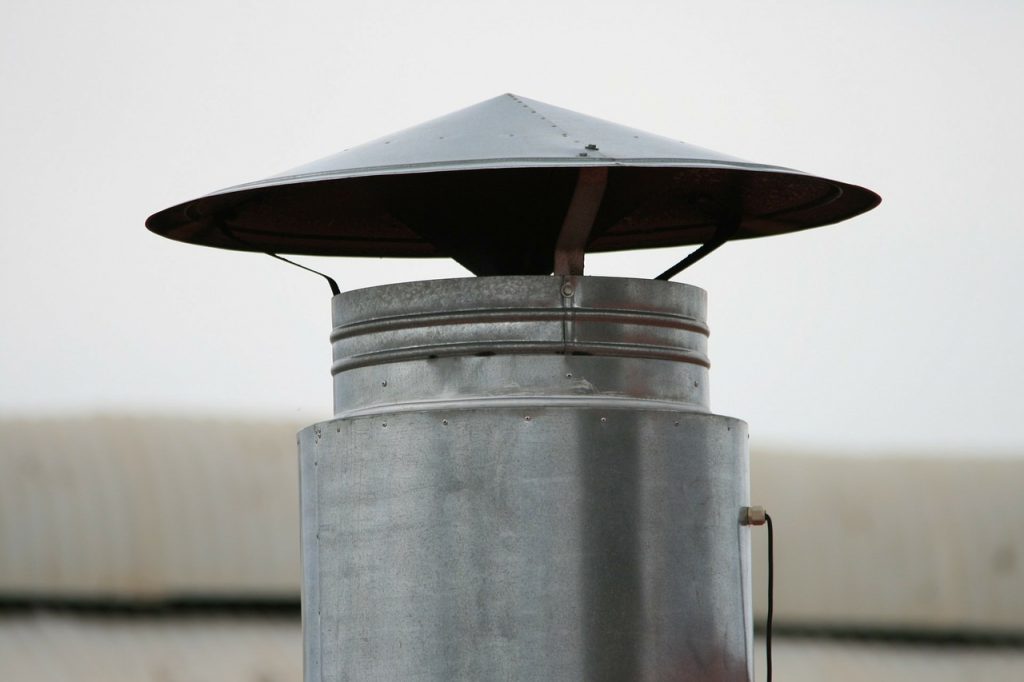 The fireplace can make the room look extremely inviting especially on a cold, winter evening. In addition to adorning a room, a fireplace can reduce the heating bills of the house considerably. Therefore, a fireplace is an energy-efficient heating source. Also, a fireplace increases the resale value of a house.

Chimneys prevent the emission of harmful gasses and smoke into the house. The chimney cap plays an important role in the appropriate functioning of the chimney. Let’s take a look at some of the reasons why you should install a chimney cap.

One of the primary reasons of installing a chimney cap is to prevent rainwater from falling into the chimney. Such accumulation of moisture can damage the flue liners which are usually made of stainless steel. If the flue liner gets damaged, the smoke and fumes that are emitted through the chimney can travel into other parts of the house, thus increasing the possibility of a fire.

Without a chimney cap, debris like leaves, twigs, dust, dead animals etc. can fall into the chimney, thus creating a blockage. As a result, this can result in malfunctioning of the chimney. Dead animals and trash blocking the chimney will cause the smoke and toxic gasses released from the fireplace to get expelled into the room instead of escaping through the chimney. This can be quite dangerous and result in chimney fire.

Apart from that, raccoon, snakes, squirrels, small critters etc. can climb into the chimney in search of warmth in the cold weather conditions. They may find it difficult to get out and may end up dead inside the chimney. Dead animals blocking the chimney can result in unpleasant odor. Also, birds and small animals can build nests in the chimney, thus making it difficult for the fireplace to function properly. Installing a chimney cap can prevent all of this from happening.

Sometimes, the lit embers and sparks moving up through the chimney from the fireplace can land on the roof. If any combustible material on the roof comes in contact with these sparks or embers, it can quickly catch fire. However, with a chimney cap installed appropriately, such a scenario can be prevented. The chimney caps that are widely available usually come with a wire mesh. This mesh deflects the sparks from falling on the roof, thus preventing any possibility of fire.

There are various kinds of chimney caps available that you can install. That being said, it is important to ensure that the chimney cap you choose fits the dimensions of the opening of the chimney. You can opt for decorative, affordable or expensive chimney caps. Also, chimney caps are usually made of galvanized steel, stainless steel or copper.

It is important to get the chimney cap installed by a professional. You should also ensure that the chimney and the fireplace are cleaned thoroughly. This will help in keeping the chimney running in good condition. If you live in Crawley Down, you can consider hiring a chimney sweep at Crawley Down for this purpose.