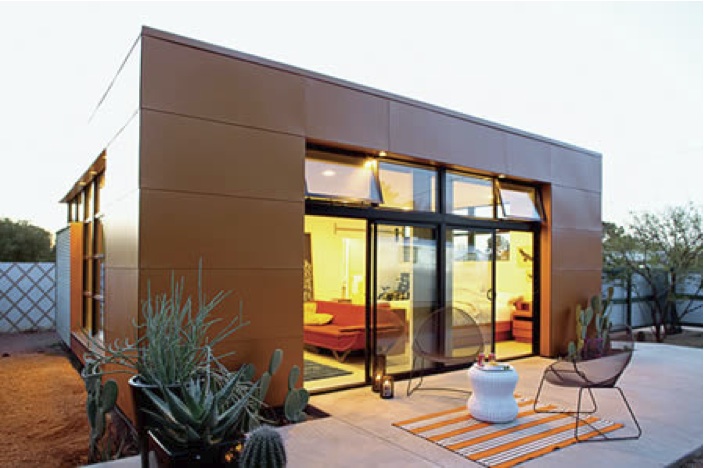 Over the past few years, the popularity of the prefabricated (modular) homes has decreased steadily. Condos and apartment buildings have grown more popular while causing a tide to turn. However, this could all change in the coming years. More people are reaching into the past to obtain suitable living quarters for themselves and their families. What is causing the change and how fast will homeowners make the adaptation?

As the popularity of modular homes has decreased, many manufacturers have jumped shipped. As the tide slowly begins to turn, some companies will return to these products to try and generate a revenue. Champion happens to be one of those companies. The company just announced a major move to build a manufacturing plant and invest over six million dollars in the venture. The company did obtain a tax incentive for the money, but nonetheless, their new manufacturing plant will create 150 jobs! Champion now has twenty-eight plant throughout the world and employees a little over 4,200 individuals.

They see a future in prefab homes as consumers begin to downsize, due to the current condition of the world economy.

Many countries in the world have become plagued with a homeless problem. There simply isn’t enough shelter to go around and this has forced many people out onto the streets. Some officials believe tiny homes may be able to rectify this problem. These homes are incredibly affordable when compared to alternative forms of shelter. And, they consume substantially less space than their counterparts. This makes them a cost-effective solution to many country’s homeless problems. Some hurricane proof modular homes can cost under two-hundred thousand dollars to build! Therefore, this is definitely a wise solution that many countries will turn to in the years to come.

The world economy is not in a good state. This is no secret. Numerous countries currently struggle with a lack of jobs and growing inflation. This has put a strain on consumers throughout the world and has forced them to look for ways to save money. Housing, electricity, and other necessities are undeniably expensive. Consumers continue to struggle with higher rent payments and progressively increasing electricity bills. One way to rectify this problem is to downsize. And, that is precisely why the mobile home is making a comeback. These buildings are smaller, more affordable, and less costly to heat and power.

For many, making the switch to prefabricated home will be a first step to escaping poverty. This is yet another reason these homes are making a big comeback.

Over the past few years, marriage rates have continued to decrease progressively. This trend is expected to continue over the coming years and the decision to live a single life could also increase the popularity of smaller homes. As more and more singles decide to live alone, they’ll need to find housing, which is capable accommodating their smaller families. This is where the smaller home will enter the picture. Mobile homes and other tiny residences can better accommodate single consumers, while also giving them the ability to save money on their monthly expenses. Despite the small size of such homes, they still provide an adequate amount of private and arguably more than one would obtain with an apartment or condo. Suffice to say, it is certain single millennials and older adults without any children will flock to these homes in the coming years.

At the end of the day, times are changing. Downsizing has become a necessity for many and this is why the prefabricated home is making an enormous comeback. In the coming years, it is highly likely the number of these homes being produced will far exceed that of apartments and condo buildings.