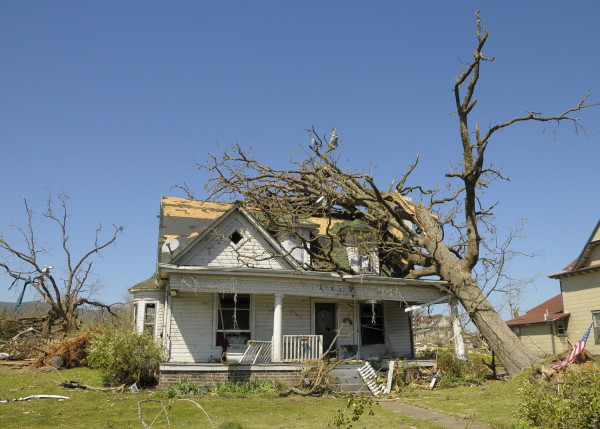 It can take people years of renting and saving every available penny to be able to raise enough money to put down a deposit on their first home and have a place they can call their own.

With the difficulty of the market and the real sense of achievement that comes from getting on the property ladder, it is really vital to find a contents insurance policy to provide home cover from theft and damage.

So what are the most common types of damage you may need protecting from?

Having your house broken into can be a traumatic affair, not to mention a potentially costly one, both in the form of items stolen from your home and damage caused to your property by the burglars that forcibly entered your abode.

Unless the door was left open, which could invalidate your contents insurance, the burglar or burglars will need to find another way in. All too often, this involves smashing a window or breaking down the door, with an abhorrent disregard for the cost and inconvenience that their actions may cause to you, the home owner.

And the potential damage rarely stops there. In pursuit of filling their bags with your valuable possessions, trampling over your keepsakes and inadvertently destroying those priceless family heirlooms is par for the course. It is important, therefore, before you take out your cover, to pay attention to the small print and make yourself fully aware of what is and isn't covered.

Hurricanes and tornadoes may be somewhat of a rarity in the UK, but that certainly doesn't mean that gale force winds and storm damage shouldn't be taken into consideration when taking out your contents insurance policy. After all, history teaches us that the wind in this country poses its own unique threat to your property.

Not only can gale force winds damage your home directly, but, indirect damage, caused as a result of a falling tree that has been blown over by the wind, for example, can have an equally devastating impact.

News stories abound where trees have smashed windows, broken roof tiles and even caused structural damage. These sorts of issues will all be categorised as "storm damage" under your contents insurance policy, so, if you live in an area where high winds are a common risk, especially, it's important to check the fine print of your policy before signing on the dotted line.

In the vast majority of cases, fires in the home are started accidentally. The source of these fires can be as innocuous as someone leaving the oven on after leaving the house, but, on those somewhat rarer occasions, fires can be ignited as the result of a lightning storm.

No matter how innocent the root cause of a fire in your home may be, the scale of the damage that may be caused far outweighs the potential damage caused by any other form of natural or manmade disaster. Indeed, in just a matter of moments, a small flame can turn into a towering inferno, destroying everything in its wake, causing unparalleled structural and cosmetic damage in your home.

When it comes to fire damage, therefore, checking the small print on your insurance policy is an absolute must, to make certain that it covers both the building and contents.

The debate over whether or not Global Warming is caused by man may still be raging, but, as a home owner, it's impossible to ignore that torrential rainfall seems to be becoming an increasingly common trend. With rainfall figures increasing at an alarming rate, homes are, subsequently, being left vulnerable to damage caused by floods. And this is an issue that is especially affecting those whose homes reside below sea level.

For the most part, flood damage tends to manifest itself in the form of harm caused to furniture and electrical items. And with rain storms having the capacity to strike at a moment's notice, without warning, as well as the ability of water to seep into even the smallest of gaps, the cost of the damage caused by flooding can really begin to add up.

Whether you're a homeowner old or new, therefore, it's imperative to ensure that your contents insurance policy covers you against flood damage, both in terms of the physical items that you own, as well as the possible need to find alternative accommodation in the event that contaminated water finds its way into your home.

Whether you're taking your first step onto the property ladder or you're moving up in the world, buying a new home is a special occasion, full of excitement. While considering your contents insurance policy may be low down on your list of priorities, it's important to give this particular arrangement more than a modicum of thought.

With a little research and the requisite attention paid to the small print, it's possible to find a policy that covers you for all of life's little eventualities, which frees you up to make the most of this exciting new chapter in your life.