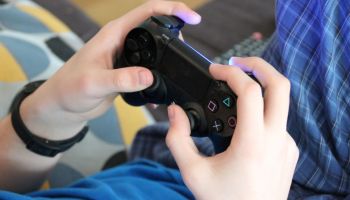 As we all explore new pastimes of the type that don’t require leaving the house, it’s been joked a few times that, for people who play videogames, it’s hard to see what the fuss is even about. Gamers never left the house to begin with. There’s some truth to the joke—online gaming is famously engrossing as a hobby, sometimes a bit too much so. That said, these days an engrossing hobby that doesn’t require you to leave the house might be just what you’re looking for. If you haven’t touched a video game since the first PlayStation, or if you’re completely new, there are a few things to know to get started.

The biggest historical division in gaming, PC versus console, hasn’t gone anywhere in the past decade or two. The conventional breakdown is that PC gaming is a bit more intense, while console gaming is more on the casual side, but the reality is that each platform has plenty of offerings for any genre or taste. The most relevant differences between the platforms are these: consoles tend to be cheaper initially, but usually have a monthly cost to access the full features of online games, while a dedicated gaming PC is a large one-time payment but the games themselves are often cheaper and the online features are free. That said, services like AtrexCard are available for all platforms that can make buying games or covering subscriptions fast and convenient.

There’s still something of a social stigma around games and gamers; an undeserved one given how large the audience for some of these video games can get. Take a look at an online store like the one at AtrexCard and you’ll see a huge variety of options, from dark feudal Japanese fantasy (Sekiro: Shadows Die Twice) to couch co-op cooking games (Overcooked!) For your competitive side, there are battle royale titles (Fortnite, Apex Legends) to test your resourcefulness and tactics, action strategy games (Dota 2, League of Legends) that reward quick thinking and outwitting your opponents, or massively-multiplayer offerings (World of Warcraft, Destiny 2) that test your communication, coordination, patience and team skills. Many services such as AtrexCard also carry flexible cards that can be used on in-game items and cosmetics so you can support developers and stand out from the crowd in many of these titles.

Get A Head Start

Without a doubt, the deepest challenges you can find in gaming come from pitting yourself against human players. This is why online gaming is such a popular hobby among the deeply competitive, and if you are in that camp, getting a leg up with a game card service like AtrexCard is often a good place to start. You might be a bit skeptical of spending real money on virtual items, but the convenience and quick return on investment speaks for itself. This is best for titles like Apex Legends with multiple unlockable characters. While the developers do make sure to balance the characters against each other, so the characters you start with can compete with premium characters that require time or money to unlock, if you are looking to get ahead and stay ahead in a fast-paced esports title like Apex it’s in your interest to pick up and learn all the characters as soon as you can.

If you’re really getting serious about an esports title, the next step is to start watching the professionals on streaming services like Twitch. Professional gaming is here to stay, and indeed one of the big draws of esports is that with talent, luck, and dedication, it’s possible for anyone to climb the ranks of these online games and make a living. Trying to ascend to that level isn’t for everyone; it really is a full-time job and playing video games for work can burn you out on them entirely. That’s why many fans of esports titles follow their competitive scenes, and there are now dozens of organizations active across a variety of titles, each offering their own professional teams, personalities, and content related to the game. If you’ve ever followed physical sports, you should feel right at home with the season and playoff formats of the top leagues for team games like Fortnite. Just like in physical sports, where you don’t have to be a World Cup player to have fun getting better at football, playing and learning in an esports title is often rewarding on its own.

Ultimately, the best way to find what online games are right for you is to get out and try some; many are free-to-play or free-to-start, letting you get your feet wet before having to drop any cash. Once you do find the game for you, settle in, work hard, and find a good team, and you’ll find a rewarding and challenging pastime that you can stay connected to from anywhere.