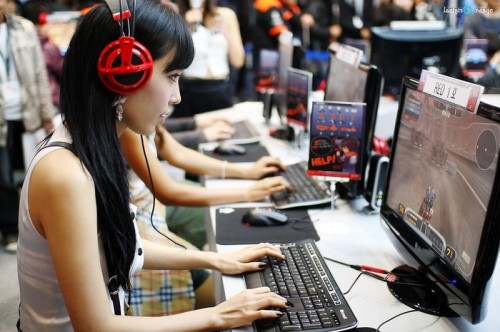 The issue seems to be particularly prevalent in Asia because of the common existence of twenty-four hour video game cafes, where people often go to obtain their solace from an imperfect world. Asia has been at the forefront of technology, and unfortunately often the leader when it comes to video game addictions.

Some reported incidents include:

In the first unthinkable and bizarre case a Korean couple, who met via internet chat, abandoned their baby while tending to a virtual baby. Their virtual baby was called Anima and they were playing a popular game called Prius Online. It may sound bizarre for someone who has never experience an addiction, but this story highlights how powerful a behavioral addiction can be.

Can Lead To Death

Role-playing games like Prius Online and Second Life have become increasingly popular. Fortunately, most players can still discern between real life and their game life. In this case, the parents were both unemployed and turned to the game to escape their depressing reality.

They also didn't want to deal with tending to a baby that was born prematurely and it eventually died from starvation. The couple had completely escaped from the real world by engrossing themselves in the virtual world.

Another case involves a nineteen-year old Taiwanese boy named Zhuang who played forty straight hours of video games. He was reported to be strong and healthy before the addiction took over his life. He went to an internet cafÃ© and appeared that he developed a blood clot from sitting in the same place for so long, reportedly playing Diablo 3.

In perhaps the most disturbing case, a Korean man murdered his own mother for complaining about his video game addiction. After killing her he went -you guessed it - to another video game cafÃ© and continued playing games. Video games alone can’t be to blame for an outburst like this, but certainly was the catalyst.

Video game addiction is particularly dangerous, because there is a proven link between addiction to video games and depression. People also seem to numb their ability to feel real emotions through excessive video game usage.

So if someone is using video games at a detriment to their physical and emotional health, intervention may be needed. Since awareness of video game addiction isn't as prevalent as alcohol or drug addiction, an intervention may also be needed so that the addict becomes aware of his addiction.