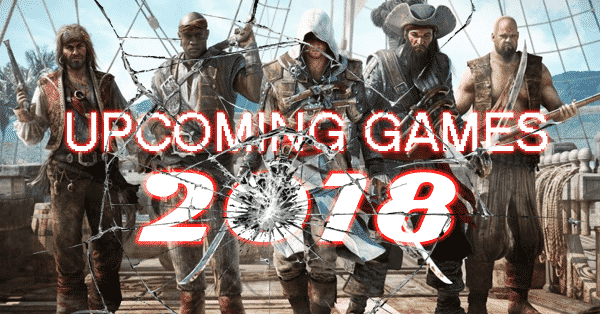 Reality sucks – well, not always, but most of us prefer having our heads in the clouds. That’s why game development has been advancing exponentially in the recent years. Nothing can really take you to your fantasy world like games can. Just be careful not to get lost in there. After all, we are living in the physical world – we can’t necessarily hit reset or restart the game from the last checkpoint in reality, can we? In gaming, new is always better. Nothing beats the thrill of discovering what lies in the next level or what will happen after you solve a particular puzzle or open a certain door. Lol Smurf is a nice place to join the fantasy world and here are the games you should be looking forward to in 2018.

It’s always fun venturing into new worlds and exploring what life may be like there. Monster Hunter World is yet another game that gives you the opportunity to do just that. In this product of Capcom, you’ll get to explore a new world and in the process eliminate as many monsters as you can. That’s what the name of the game says, right? Well, that’s the objective of the game, hunt monsters, hunt monsters, and hunt more monsters. You’ll get a range of weapons and firearms to achieve your objective. If you’re in a hunting mood, you’ll feel right at home playing this one. It’s already out, so get yourself connected and hunt.

If you have ever found the life of pirates an attractive one, here is your chance to fulfill your fantasy. Sea of Thieves is an exclusive game for PC and Xbox One. Microsoft decided to be selfish with this one. Well, in this game, you get to be the captain of your own ship with a crew. If you were or still are a fan of One Piece, you’ll appreciate this game. You’ll get to go for treasure hunts to stock on your ship and have something to enable you to upgrade your clipper. You’ll battle enemy ships and build your reputation in the seas. You’ll get to have fun firing canons, using a compass, and did I mention that the treasure hunts are just thrilling?

Prison break is a fantasy for some. I never want to go to prison because, in reality, some things are just not as they seem on Television or even in games. But that’s what games are for; to provide us with a means of exploring something that in reality would be unbearable. If you fancy the prison lifestyle, here is your chance to work out a prison break.

The thing with this game is that you really must figure a way out. A product of EA, A Way Out is strictly a two-player game; no exceptions. There are two main characters: Leo and Vincent. You control one of them and a friend can control the other. You can either play offline or online. The challenge is to find a way out of prison using the two characters who must work together for things to work out. Sounds like fun? It’ll be out soon.

For the fans of Kratos, this one has been longed for. From God of War (or God of War One to some) to God of War III and Ascension, we see Kratos releasing his rage on the gods of Greek mythology. It’s a wonderful adventure for those who love Greek mythology and who appreciate the rage and weapons given to Kratos.

In God of War III, we see Kratos coming out victorious after his long-suffering and rage that lasted him the first three major releases of the game franchise. In this upcoming God of War, set years after the events in God of War III, Kratos now ventures in the Norse Mythology. If you are a fan of Thore, you will love this one. Kratos in this game has a son, who he teaches to hunt among other fatherly stuff. His main weapon is different, he now battles using an ax, among other new powers that have been bestowed upon him by the developers of the game. This game has been anticipated since 2016, and it’s finally here. Just 2 months away.

Another one of those games where we explore the future of artificial intelligence (AI). We long for computers that can think for themselves without much human input. That’s what AI is all about.

The setting of this game is in the futuristic city of Detroit. In this instance, the city is the central place where AI robots that resemble human beings to the point of confusion are made. The main character of the game is an AI named Kara. She is the first AI to gain consciousness and from her newly found enlightenment, she demands freedom and as the old story goes – she wants to be treated like a conscious being; a human being.

All in all, mobile game development is here to stay for the years to come, facing big challenges from enthusiasts pertaining to the actual and next generations. Which are your favorite games, by the way? Please let us know in comments!