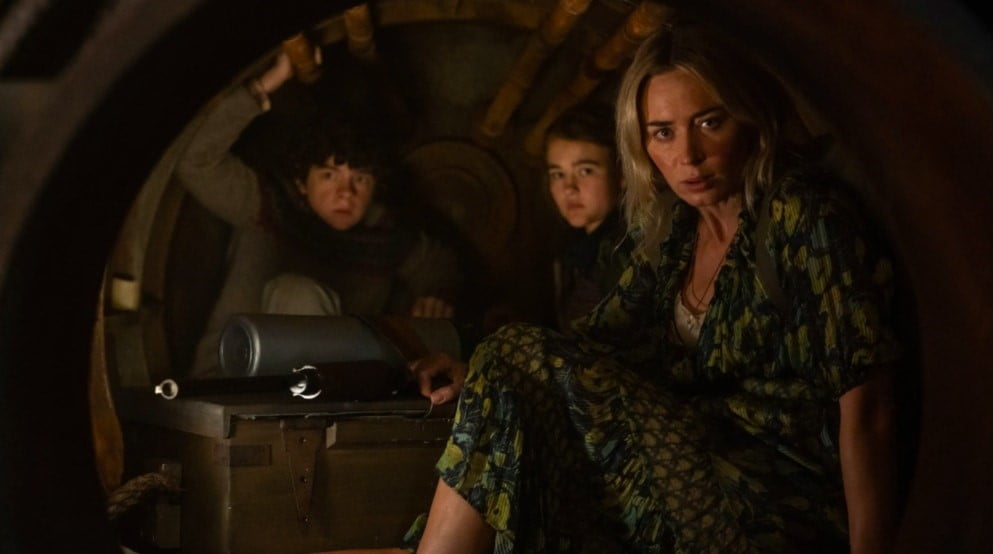 Every year, movie buffs and fans everywhere look forward to the new movie lineups. In 2020, there were so many promising releases on the docket—the long awaited Black Widow movie, Wes Anderson’s The French Dispatch, and tons of sequels and remakes of beloved franchises. However, this year hasn’t quite gone as planned. Dozens of movies have been postponed. Do you know which ones have new release dates? Here are 12 of the biggest changes to the 2020 movie scene.

Disney has consistently been releasing live-action versions of their old classics, like Beauty and the Beast and The Jungle Book. To the delight of many fans, they finally put Mulan into production! It was originally going to be released in theaters on August 21st 2020, but has since changed to an undisclosed date. This was a very disappointing change, and we hope we learn soon when Mulan will actually be released. And hey, guess that means we can postpone our 2020 Mulan Movie costume till next year.

After the success of Gal Godot’s Wonder Woman debut in 2017, fans have been itching for a second film. Wonder Woman 1984 was actually delayed even before the pandemic! The original release date was December 13th 2019, then November 1st, then June 2020. When theatres closed in March, producers moved it to August. After one more change, the final release date is October 2nd 2020! Hopefully Wonder Woman 1984 doesn’t face too many more updates!

Finally, Black Widow gets her own movie! This will be Marvel’s second female-led movie after Captain Marvel, and it marks an important feminist moment for the Avengers. According to IMDB, Black Widow was originally supposed to be released on May 1st 2020, and is now moved to November 6th. Thankfully, this isn’t too big of a change. We’ll unfortunately still have to wait longer to see new movie cast members like Florence Pugh and Rachel Weisz on the big screen.

The only other Top Gun film came out in 1986, so fans have been awaiting this film for a long time. Unfortunately, it’s been pushed back twice: first to December 2020, then all the way to summer 2021. Tom Cruise and Val Kilmer will be reprising their roles from the previous movie, but the rest of the cast is new: Miles Teller, Jennifer Connelly, and John Hamm, to name a few! Here’s to hoping this movie delay is well worth it.

Have you heard the controversy about Trolls World Tour? Instead of officially delaying its release like many other films, Universal just released this movie online instead. It was originally supposed to be out on Valentine’s Day 2020, and then on April 10th Trolls World Tour came out on demand. Kids everywhere were able to finally see the movie, but Universal’s decision angered movie theatre chains like AMC. We think that this change was worth it!

If you’re a Ghostbusters fan, you’re probably aware that the 2016 remake was disappointing to most audiences. However, Ghostbusters: Afterlife is much more promising! Paul Rudd and Finn Wolfhard star in this nostalgic film, with reported appearances from the original cast. Ghostbusters: Afterlife was supposed to come out on July 10th 2020, and has been pushed back almost a whole year to March 5th 2021.  And yes, we know that many were looking forward to wearing the Ghostbusters 2020 movie costume this halloween, but that’ll have to wait till next year.

Ever since Despicable Me first came out, fans everywhere have been obsessed with minions, with merchandise and costumes everywhere!! Unfortunately, Minions: The Rise of Gru has been delayed by almost a year, from July 3rd 2020 to July 2nd 2021. At least there is tons of previous minion content to rewatch while fans wait, like Minions and the Despicable Me sequels. And right now, Gru’s voice is viral on Tik Tok.

The Falcon & Winter Soldier is actually a TV series, but fans have been awaiting it as if it’s a big movie. It takes place after the events of Avengers: Endgame. This series has been set to release on Disney Plus for a while now, but fans noticed that the trailer description changed; it originally said “Coming August 2020” and now says “Coming Fall 2020.” Thankfully this isn’t as big of a change as some others!

This sequel has been pushed by a whole year: from June 2020 to June 25th, 2021. Venom came out in 2018, so three years isn’t too long of a wait (especially compared to Top Gun: Maverick). Fans are looking forward to re-entering the Spiderman universe, though it’s unclear whether or not Tom Holland will appear in this new movie. However, She-Venom reportedly has more screen time than before, so that’s something to look forward to!

No Time to Die is the 25th James Bond movie! That’s a lot of content to watch while we wait for this new film. No Time to Die is already popular because of the Billie Eilish and Finneas hit single with the same name as the movie. It moved from April 2020 to November 25th, but rumour has it that it might actually be later. Some say that No Time to Die is going to be postponed until summer 2021. Our fingers are crossed that these rumours stay rumours!

This John Krasinski sequel has been postponed from September 6th to April 23rd 2021. This is a big change, but hopefully we’ll get an even better movie out of it. A Quiet Place was revolutionary to the horror industry, and is among game changing films like Hereditary and Get Out. Fans loved the new approach to fear and the film’s quiet atmosphere. Fans will have to wait even longer to see what happens after the first movie’s cliffhanger!

After Isle of Dogs was released in 2018, fans have been eagerly awaiting a new live-action Wes Anderson film. His movies always have stellar casts and amazing visuals! The French Dispatch was originally set for July 24th 2020, and has since moved to October 16th 2020. The cast includes Bill Murray, Timothee Chalamet, Frances McDormand, Bob Balaban, Jeff Goldblum, Elisabeth Moss, Tilda Swinton, Lea Seydoux, Owen Wilson! That’s a lot of stars. We can’t wait to see this film.

After all these delays, it seems like fall 2020 and summer 2021 are going to be great times to see some movies. Do you like superhero movies better, or franchises like James Bond and Top Gun? What are you most excited for?