It is a scientifically backed fact that playing video games is strongly related to a player's feeling of happiness, as well as relaxation at times. Some of the reasons why playing games influences players in such a beneficiary manner are pretty obvious, such as bonding with other people, making inevitable boring moments and situations fun (such as standing in a row, sitting in a waiting room waiting for your appointment, etc.). 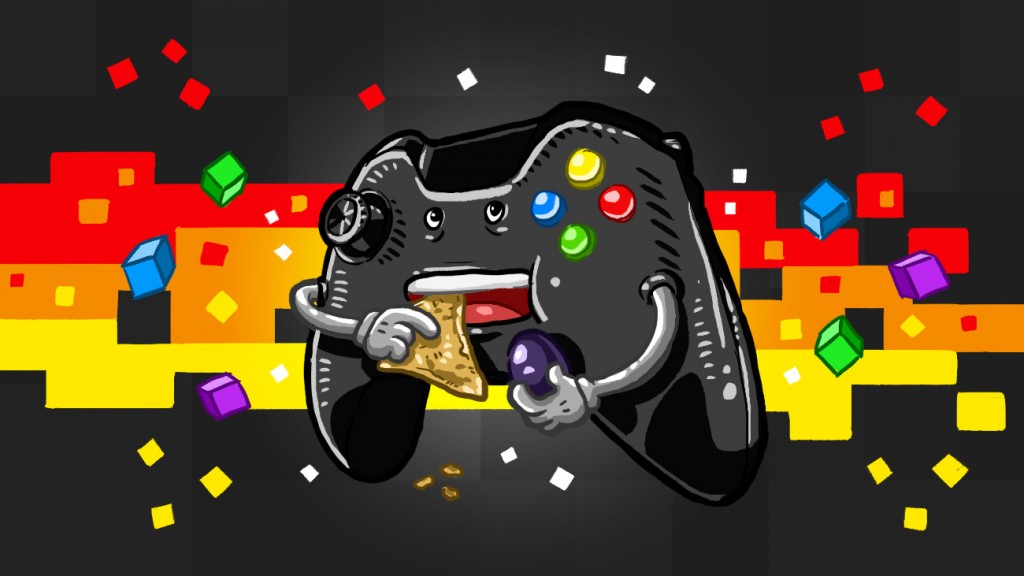 Other reasons are not so easy to perceive at first sight, but they can be easily grasped, and are of equal relevance to the general importance of playing video games.

These include triggering the player's creative side, making it easier for them to escape from the stressful environment that world imposes upon us today so frequently, allowing them to dwell back into that period of pure innocent happiness that childhood offers, improving various skills and capabilities such as night vision, reflexes, creative thinking, and memory.

Playing Video Games Has a Lot of Positive Social Impact

People often have that need to spend some time on their own, doing things they like. If some of these people are close to us (wife/husband/best friend), we naturally feel the need to be present in those moments nevertheless.

If we are lucky enough that the people we love are games, then we might participate in these moments by either playing a game with them or at least watching them play since that can be pretty fun as well. This is very likely to strengthen the relationship.

Another social situation where being a gamer may be pretty handy is a party. The reason for this is that as much as 81% of adults in the US aged between 18 and 29 play games, and the chances are huge that you might run into another gamer on a party. This means that you will surely have something in common to talk about. This, of course, applies to similar situations as well, such as going-outs.

It is a very common trend today that people move around the world all the time and not stay in touch with friends. However, gamers stay connected due to a multiplayer mode which allows them to communicate and engage in exciting online experiences wherever they are. Also, when they happen to be at the same place and go out together, they will always have what to talk about.

Games will Make You Open-mindedness, Patient, and Compassionate

New players start playing games every day, and very often there is this feeling of helplessness and confusion. Gamers are in most cases quite compassionate and patient regarding these new players, and they are willing to spend a lot of time with them in order to introduce them to the world of the game they play, engaging with them in various ways.

It is well known that getting older implies more and more stressful situations and additional pressure. The form of the cause of this stress varies from case to case, but usually, it includes paying bills, paying loans, going to work, taking care of various family issues, etc.

Here gaming works as a stress reliever, it proves to be a great way to escape the pressure put on us by various daily tasks and demands. Instead of thinking about all the things that we should do, we focus on something we really enjoy and thus make a relaxing environment for our minds.

Ok, this refocusing explains why we feel relaxed, but what makes us so happy when we play games? According to a study carried out by the University of Stanford, playing games releases dopamine and the cause for this is the reward system. So when all adds up we end up with a pleasurable relaxation.

Playing video games will make you prone to be more creative

According to an MSU study, gamers are more creative, and this proves to be true irrespective of the game genre being played. All the students involved ended up with the same boost of creativity and imagination whether they played a shooter or RPG.

While playing video games, we often tend to make a more subjective picture of the world presented. A well-designed game will make you immerse yourself into its world, be it realistic (such as portrayed by GTA) or imaginative (like Path of Exile).

We try to identify with our characters putting ourselves in their mindsets and the world of the game full of stimuli which present a creative exercise for our brains.

Gaming will improve your skills such as reflexes, night vision, memory and hand-eye coordination. Various studies have proven that playing games positively influences our fine motor skills and spatial coordination.

Even though one would think that gamers have worse vision due to being extensively exposed to various displays, the University of Rochester proved that the case is quite the contrary with its study (especially when night vision is considered).

It suggested that players were more capable of perceiving details. Another interesting study carried out in Netherlands proved that gamers are less prone to frustration and stress when it comes to acquiring new skills.

Many video games are also full of various puzzles, the complexity of which ranges to very difficult ones. This forces gamers to think hard and out-of-the-box. These skills are then applicable to real life situations which can prove to be very useful. Moreover, they have better recall and visual memory according to a Toronto University study.

It fights depression and boredom and reconnects us to that unique feeling of pure happiness.
The feeling of happiness which gamers tend to experience is not always ordinary. It sometimes takes them back to that innocent world of their childhood and unlocks the door to some unique experiences of happiness not otherwise available.

This makes overall life more enjoyable. This, of course, implies that gamers are less likely to end up being depressive or bored-the problems that bother a great number of adults in the US.

Their view of life is more balanced which means that they do not allow daily tasks and obligations to totally overwhelm them-they always have their games to look forward to. Life is not all about duties, but about fun as well.

Taking all these facts into consideration, it is easy to see how playing video games can prove to be very beneficial for us. Most of us lead very busy lives full of obligations and duties, but it is important to remember to have fun from time to time as well. This will not only make us feel better, but also boost some of our skills and help us think more imaginatively.