Netflix has announced plans to produce an original Indian series based on best-selling Indian author Vikram Chandra’s novel ‘Sacred Games.’ Netflix hopes to increase its subscriber base in India with the new series. Plans for the show were announced on June 6th, 2016. The series is being produced in partnership with Phantom Films, an Indian film production and distribution company whose founders include Anurag Kashyap, Vikramaditya Motwane, Madhu Mantena and Vikas Bahl. 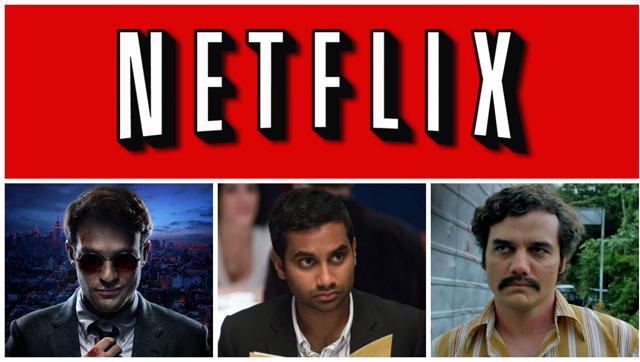 Chandra’s novel ‘Sacred Games’ delves into the seedy underbelly of Mumbai, India’s financial capital. The novel is set in the later half of the 20th century; when organized crime and ganglords ran rampant in Mumbai, similar to Chicago in its Prohibition days. According to a plot description by Netflix, the series will “delve into the financial capital’s intricate web of organized crime, corruption, politics and espionage that lie beneath India’s economic renaissance”.

Vikram Chandra is confident that the color and vitality of his fictional world will come alive on Netflix’s large scale canvas. The series will be produced in Hindi and English to the local audience as well as international Netflix subscribers. Filming schedules, release dates and casting details have not been revealed so far. Online commentators on popular social network Twitter have strongly encouraged Netflix to seek local talent for the new series.

This series will mark the first co-production between an Indian production company and Netflix. Netflix has previously partnered with Phantom Films to bring Anurag Kashyap’s two-part film ‘Gangs of Wasseypur’ to its US audience as an eight-part series. The series is important for Netflix’s ambitions in India. India represents a large market for Netflix, as its US audience growth slows. Smartphone ownership has boomed in India recently, which makes it an extremely lucrative market for the streaming services like Netflix.

The country poses unique challenges to Netflix’s expansion, however. Movie tickets are cheap and affordable, which provides less incentive to invest in a premium streaming service. Streaming services rely on high-speed internet connections to provide content. Despite the widespread use of smartphones, ultra fast internet connections are still fairly uncommon in most parts of the country. Additionally, Netflix will face competition from local video streaming services such as PlayBox, Spuul, and Cartoon HD; which stream many regional TV shows and movies at far more affordable prices. Bringing an exclusive TV series to local audiences is a step in the right direction for Netflix.

India’s strict censor board poses another problem for Netflix. Perhaps the greatest roadblock in Netflix’s path is India’s widespread piracy. Cheap copies of movies are sold through CDs and DVDs in roadside stalls. Movies can be easily pirated online, and not much regulation exists to prevent the piracy.
Netflix already has a subscriber base in India. However the service has been criticized by Indian subscribers as only a small selection of Netflix’s movie, and TV library has been made available to them; despite the fact that they pay almost the same subscription fee as international subscribers (Rs 500 per month). Perhaps, with the release of its new exclusive series, Netflix will manage to make its service more appealing to the Indian audience.