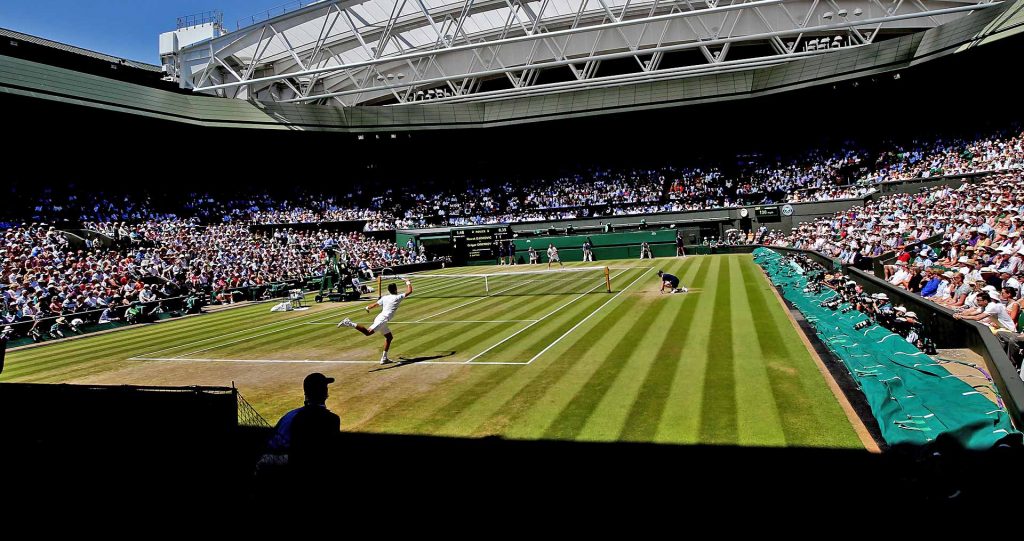 Wimbledon 2017 has come to an end and with Roger Federer beating Marin Cilic to complete his record of his eighth Wimbledon title and Garbine Muguruza shocking many with an impressive win over tennis great Venus Williams. There were plenty of spectacles to enjoy this year with one of the most talked about being the Wimbledon female tennis pro providing a male spectactor with a skirt and a tennis racquet after he heckled from the crowd. If you’re still buzzing from the action this year, then you might want to get ahead of the game and book a ticket for next year already! There are plenty of ways in which you can watch the glorious fortnight of tennis which takes place at the All England Club every year. In this blog, we’re taking a closer look at some of the very best spots that you can enjoy the tennis at this year.

Let’s not beat around the bush – there aren’t many places on earth which are better to watch tennis than the Centre Court at Wimbledon. If you are lucky enough to secure a ticket, you can look forward to a great view of the tennis in an arena which now has a roof in case the rain threatens to stop proceedings.

You might also want to take your binoculars for some celebrity spotting in between games, with the Royal Box bound to be hosting the good and the great. Just don’t get your hopes up too far – it might be a push to expect Cliff Richard to serenade the crowd in the same way he did back in 1996. That doesn’t mean that you won’t see some of the world’s most famous faces appear in the crowd, with the royals and Hollywood stars Bradley Cooper, Gerard Butler and Tom Hiddleston regularly donning the stands in previous years.

There is one place better than Centre Court to watch Wimbledon from: that’s as a VIP on Centre Court. Hospitality packages for Wimbledon don’t only provide you with a brilliant vantage point from which to enjoy the action, you can also enjoy a tremendous dining experience which is often accompanied by guest speakers and as many drinks as you are able to consume.

Just make sure you don’t become attached to your seat in the hospitality tent and miss out on any of the tennis!

The hill at the All England Club took its name during the era of Britain’s lovable loser Tim Henman, who had the nation on tenterhooks on numerous occasions as he threatened to go all the way at Wimbledon, but never quite got over the line.

Frenzied crowds who have only managed to get their hands on out grounds tickets congregate on the hill to watch the big screen, which typically shows the matches from Centre Court or Court Number One. With their excitement, placards and the help of a few Pimms and lemonades, they create a superb atmosphere which may be second only to Centre Court. This is a popular attraction to many who want to experience the thrill and the atmosphere of the court with fellow tennis lovers, but who can’t quite get into the stands themselves.

OK, so it isn’t quite the same as watching the action unfold in person, but there is plenty to be said for taking in the tennis from the comfort of your own home. For one thing, you have great fridge access whenever you need to top up on refreshments, and you won’t have to queue for a cold beer.

Then there is the advantage of being able to flick through the channels during breaks or matches which are not setting the world alight. And, of course, there is the BBC commentary to enjoy on TV – with excellent pundits like John McEnroe and, of course, the relaxed presentation of Sue Barker, you have access to all the Wimbledon news and views you might want. Whether you’re with friends or family next year, Wimbledon is a fantastic time of year to celebrate sports and back your favourite players – no matter where you are!