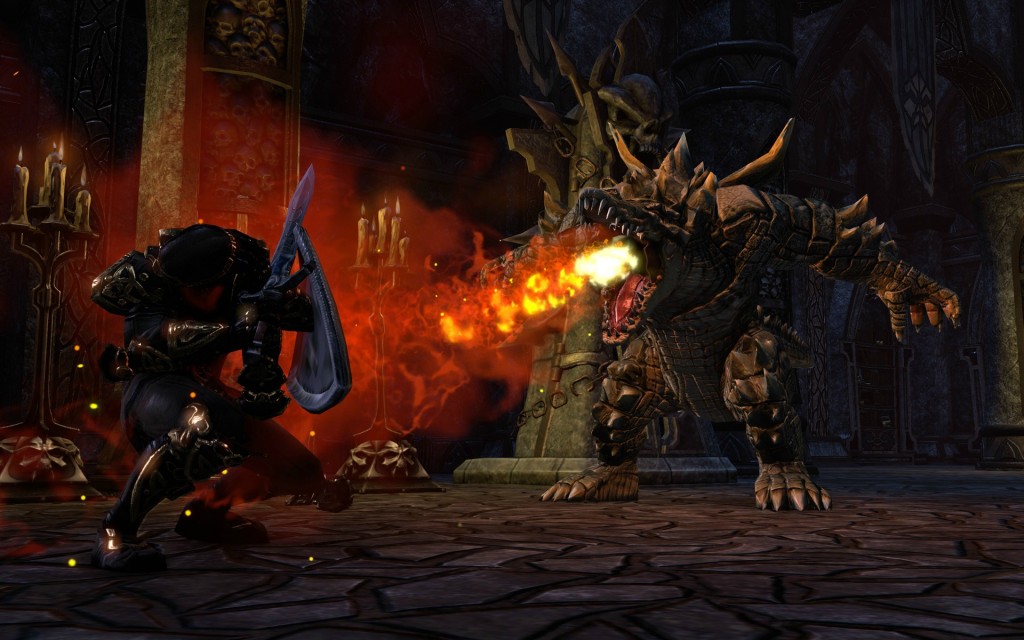 ESO (The Elder Scrolls Online) is the years hot new MMO, which means all kinds of game guides are sprouting up like mushrooms after a storm. You can’t look for anything about ESO without finding a game guide popping up on your search list. Unfortunately for game guide writers, ESO has shaken up a lot of what we expect from an MMO. This means game guide writers who write ESO class guides will need to change their approach to writing a guide if it’s going to be useful to players. It also means players are going to need to pick their guides carefully to avoid getting one that doesn’t have important information.

Class and combat roles have a somewhat varying relationship in MMOs. In some MMOs, your class determines your combat role, period, end of story. In others, like WoW, there is some flexibility–a rogue can tank or DPS for instance–but each class is only effective in one or at most two combat roles. ESO has completely separated class and combat roles. Thanks to any class being able to use any weapons, every class can be a fighter and take the DPS role. Because the player controls how much health, stamina, and magicka the character has, any character can be a tank. Templar’s make the best healers (with the only healing skill line in the game) but all the class have some healing and combat control abilities. Basically, ESO has thrown the doors wide open. A good ESO class guide will need to take the time to explain the best way to build a given class into any combat role, in addition to discussing which roles (if any) they would be best suited for.

In most MMOs, it doesn’t really matter what weapons your character class does best with, because you can only use the weapons specifically allowed to your class. So you pretty much pick the weapons you like best and run with it. ESO allows any character class to use any weapons, you just pick the weapon you want, spend a skill point on it, and start fighting. However, some classes have advantages with certain weapons–sorcerers, for instance, get bonuses when using staffs. ESO class guides will need to look at which weapons do best with each class, if there are certain weapons that should be paired with certain class skills or just the different ways to build the character depending on whether you want to focus on ranged or melee combat.

ESO has more options for gaining non-class skills than any other MMO I’ve every heard of. If you want, you can play the entire game without getting a single class skill, just putting all your points into weapons and armor, guild skills, and crafting. For most players, this means there is a huge number of possible combinations of skill to pick from. Some of them, like crafting skills, won’t have any real interaction with your class, others, like guild skills, can have a huge impact. Your guild skills (if you choose to join a guild) can reinforce your class skills, as another dimension to your skill areas, or end up being totally useless to you. ESO class guides need to look at how these non-class skills combine with class skills–do some skills have a synergistic effect? Are there two that basically do the same thing without giving any advantage to having both? Which guild skill line goes best with which class skill line?

Probably the most important change for building your character is the ability to directly control your character’s stats. By spending a single stat point each level, you can give your character insane health levels, or high stamina, or enough magicka to take down a dragon single-handedly. But you can’t do all three. You need to decide which stat is most important to you, and which (if any) you are prepared to nerf. Your ESO class guide needs to give you some information on which stat is most important to your class skills, so you can gain skills that are supported by your stats, and stats that will support the skills you want to get.

AleaWilson is author at LeraBlog. The author's views are entirely their own and may not reflect the views and opinions of LeraBlog staff.