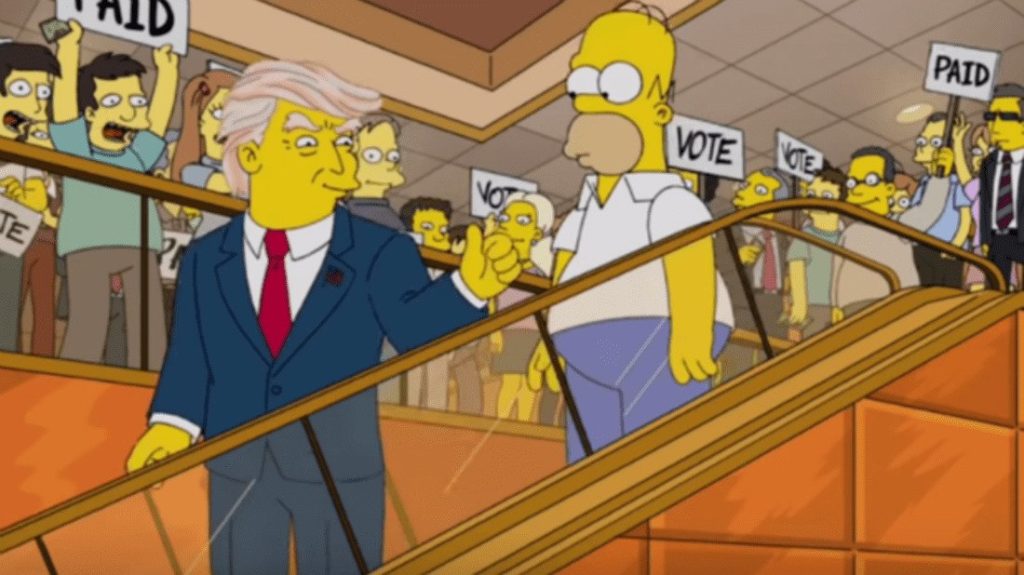 ‘The Simpsons’ is one of the most celebrated animated TV series in the world. Since its start over 30 years ago, the series has gained a massive following and near cult-like status in popular culture. The TV show is essentially a parody of modern American life, and is known for satirizing current political topics as well as pop-culture related events.

Did you know that the series also has a history of predicting the future? Not only just a handful of times either. There have been countless times when The Simpsons predicted future events. Below we go into some of the most recent (and noteworthy) predictions that have come true over the past few years. We also cover an inside look at how the writers are able to come up with their predictions.

2.    Sigfried and Roy Being Attacked by a Tiger

In 2013, the Higgs boson particle was finally proved real (as in actual scientific proof was found and validated). The experiment that resulted in the discovery only cost over $10 billion to conduct. What’s creepy about this though, is that back in 1998 The Simpsons featured an episode where Homer (the main character) solved the Higgs boson equation.

1998 was a big year of predictions for The Simpsons. Apart from the Higgs boson episode, there was another episode with a pretty major prediction. The episode we’re talking about featured a scene that showed 20th Century Fox being owned by Disney.

Over the past few years, it seems that Disney has been buying up a lot of real estate in the show business world. 2017 saw Disney purchase 20th Century Fox for over $15 billion (making the 1998 prediction of The Simpsons true yet again). The official acquisition took place in 2019, however.

5.    Lady Gaga Performing at Halftime During the Superbowl

The 2017 Superbowl Halftime show featured Lady Gaga performing while suspending/flying in the air. The Simpsons accurately predicted this five years earlier, in their 23rd season (episode number 22). In that episode, Lady Gaga does a special performance for the show’s fictional town, where she flies through the air suspended by ropes/wires (eerily similar to what she did in 2017).

Game of Thrones was undoubtedly one of the most popular shows of the entire decade. The series came to an end in 2019, with one of the biggest plot twists in recent television history occuring during its final episodes. Fans of The Simpsons should have seen it coming though, because back in 2017, the series accurately predicted a very similar scene (when Homer proceeds to scorch an entire village using a dragon).

How the Writers Make Their Predictions

Fans of the show will tell you that there have been countless accurate predictions made, and they’re right (to a point). The thing is, when your show is based on satirizing pop culture, you’re bound to get some predictions right (at least some of the time).

With that being said, how many predictions has the TV show gotten wrong? It’s fun to consider all of the things that the show has predicted, but it’s another thing entirely to think about all of the wrong predictions that it’s made.

The writers have been interviewed about this before, and are on record as saying something along the same lines. A lot of the time, the writers are trying to predict what will happen 10 months in the future (so they’re bound to get some of their prediction right). That’s not to take anything away from the show though. The Simpsons is an American icon, popular all around the world, and one of the most celebrated animated series in existence.