With TV subscribers growing disillusioned with the major providers, and growing concerns over the Time Warner-Comcast merger, people are increasingly dropping their expensive television services in favor of cheaper online streaming options. If you are also considering dropping your pay TV service, here are some options that can give you and your family the entertainment you want. 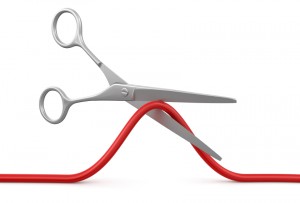 Online streaming services have grown in popularity since Netflix first started its streaming service back in 2007. While Netflix is still considered the gold standard, there are other services that are hot on their heels, like Amazon Prime Instant Video, Redbox, Hulu Plus, and SpiritClips. Many of these online services have apps which allow you to view content on your tablet or phone, and some are even available on web-enabled devices like Sony Blu-Ray players, game consoles, Roku players, and SmartTVs.

· Amazon Prime Instant Video offers Prime subscribers access to movies and television content similar to Netflix. However, Amazon has some content that's not available on Netflix, such as Downton Abbey and shows from MTV. Any content that is not available through Prime is available as a 24- or 48-hour rental, for between $1.99 and $3.99. The current price for Amazon Prime is $99/month, which is about $8.25 per month for streaming content.

· Redbox is similar to Netflix in that it offers online streaming and DVD or Blu-ray rentals. The difference is that you have to get the DVD from a Redbox kiosk, instead of in the mail. Also, with Redbox you get 4 DVD credits per month with your membership, whereas Netflix has DVDs as a separate service. A Redbox streaming subscription, with four DVD rentals, is $8 per month.

· HuluPlus specializes in television content, but also offers movies from the Criterion Collection. The big advantage to HuluPlus is that you can usually find the most recent episodes of the latest shows on TV. This means you can stay current on Castle when you drop your TV subscription. The big disadvantage is that not every show is available for HuluPlus. However, while some shows are available the next day, some shows may not be available until a week or more after broadcast, it depends on the broadcaster. HuluPlus costs $7.99 a month.

· SpiritClips is a fairly new service that lets you watch Hallmark movies online. It also lets you watch Hallmark TV series like Heartland and Unscripted. While it does not have as broad a selection as some of the other services, it is an excellent choice for those looking for wholesome family entertainment. SpiritClips is also one of the more affordable options, at $4.99/month for a monthly subscription, or $35.99 for a yearly subscription. If you watch a lot of Hallmark content, the yearly subscription is a better value because it breaks down to $2.99 per month.

The great thing about all these services is that, even though they all have a fee, if you were to subscribe to all of them you would be paying an average of $40 per month, which is about what you'd pay for cable or satellite service, but without access to premium movies.

Another option for viewing content is to go straight to the broadcaster website. For example, ABC, NBC, and CBS all have websites that let you view full episodes online. You can also find full episodes from cable providers like MTV and SYFY. And, of course, the HULU website also offers free streaming of several television shows.

The big advantage to these sites is that they are free, and some of them may even have apps that allow you to watch their content on your smartphone or tablet. If you have the right cabling, you can even connect your computer to your TV.

The big disadvantage is that many of these sites play ads, versus Netflix, Amazon Prime, or SpiritClips, which are commercial-free. Also, you are usually limited to the current season, which means you may not be able to catch up if you are behind. Also, you may be limited as to which shows are available.

As you can see, it's totally possible to get rid of cable or satellite and still get the programming that you and your family want, while saving a bunch of money.