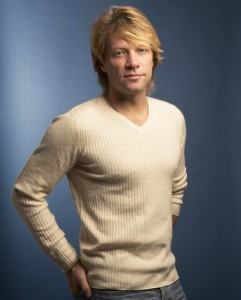 Combining the pretty-boy looks of their vocalist and a nuance for melodious hooks, Bon Jovi enjoyed shot to and enjoyed stardom in the 1980s. Multitudes would pack arenas night after night just to glimpse the big-haired men.

But behind their steely facade, Bon Jovi has composed more romantic songs than they cared to let on. In fact, there are enough sentimental ballads in their catalogue to power up your wedding reception. Even their more rambunctious rock anthems are fixated on this little subject called love.

Maybe it's because frontman Jon Bon Jovi is an expert on it. He has been married since 1989 to high school paramour Dorothea. How many men in show-business can boast of such longevity?

Short of inviting the man himself, you can just get a good wedding band to take on Bon Jovi's sweetest paeans to love. Who knows, the secret to Jon's marital success might just rub off on you. Consider the following:

Livin’ on a Prayer

"Livin' on a Prayer" is easily the band's trademark. This single, the second off the multiplatinum Slippery When Wet, was inescapable in its day. It climbed to the summit of the US singles charts in 1986, replacing their own “You Give Love a Bad Name.” Lyrically, the song paints a narrative around one Tommy and Gina, lovers who never really grow cynical about their relationship despite being at the bottom of the proverbial barrel financially. On that note, "Livin' on a Prayer" is the perfect kiss-off to the haziness of life ahead as a married couple.

Born to Be My Baby

This 1988 chartbuster speaks of love conquering allâ€”bills included. Like "Livin on a Prayer," the song continues the band's thematic obsession with working-class couples pitting themselves against the world. If you're one such couple, then this song should be in your wedding CD already.

I’ll Be There for You

These five words may as well replace your I-do's. The power ballad to trump all power ballads, "I’ll Be There for You" is essentially your wedding vows put into song.

Jon Bon Jovi's longing for Dorothea inspired him to write this song. A few years after its release, he sought Dorothea and successfully rekindled their love, which led to a Las Vegas wedding. He hasn't left her since.

Now that is a one-woman man to look up to on your wedding.

This smash hit's chorus is a formidable earworm. If "Bed of Roses" isn't a honeymoon song, then we don't know what is.

I’d Die For You

Jon is not above coating songs with cheese to express his love, as this and many other Bon Jovi songs show. This is a man who fights for his love to the end, both in and off studio. So you better believe it when he sings he'd die for anybody.

Thank You for Loving Me

A newer record from Jon, "Thank You" has all the elements you love about Bon Jovi in the Eighties. It's as maudlin a ballad as any, but as an anniversary/wedding song, it certainly achieves its purpose. As a couple forges through an uncertain future, this song will remind them of the good times to gather strength and courage from.

How about you? Which Bon Jovi songs give your love a good name?