Did you love Lego Universe? Now that it's gone, are you looking for a new RPG adventure?

Look no further as we've assembled this list of 6 games like Lego Universe to help you keep your adventurous side active!

Chima Online sees you take control of an animal warrior and embark on a quest to explore your environment, collecting resources with which you can fashion weapons and construct an outpost / base of operations.

Exploration and the utilization of resources increases your animal's abilities, helping you stand up to the evil Croc army. Gadgets and tools are constructed from LEGO bricks, and you can choose to play solo or team up with your friends in co-op mode.

Chima Online offers all the possibilities of limitless exploration and discovery that made Lego Universe so popular, in a new and exciting setting. The only downside is that it's still currently in BETA mode and as such subject to bugs and glitches, here's hoping they get ironed out soon! 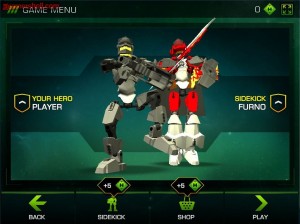 Brain Attack sees Makuhero City attacked by swarms of evil brains that subsequently take control of a whole host of villains and terrorize local inhabitants-it's up to LEGO's Hero Factory to save the day.

Receive points and redeem them as upgrades for your character and / or sidekick as you vanquish foes from four distinct environments: the Space Port, Scrap Yard, City Streets and the Shopping Mall.

This game is also in its early stages, so expect a bunch of updates over the coming months, but at least it's been officially launched! 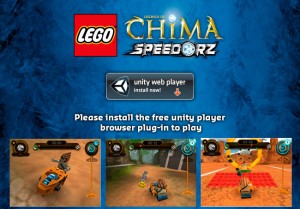 CHIMA Speedorz utilizes some of the same characters as the first game in this list, but is more focused on racing through the many diverse environments and hazards of CHIMA on speedorz, which are essentially small hovercraft-like vehicles.

Winning races allow you to unlock new challenges and more difficult race routes, and you can use the power of the mysterious CHI to give your speed an extra boost. You can compete against your friends in the Tribe Cup, and again the game's developers are promising plenty of new content to be added in the near future.

Club Penguin is focused on creating a member of functioning penguin society, in what you might deem a cross between the Lego Universe and The Sims.

Each player gets their own Igloo which serves as a residence, and you can invite your friends (other penguins) over for parties and such.Other than that, you're pretty much free to explore your wintry environment.

Whilst the game is free to play, you can choose to pay for additional content such as extra clothing for your penguin, or penguin pets called “puffles” by means of the in-game currency.

Club Penguin fosters a friendly, child-safe environment aimed at players up to the age of 14, but it is still a lot of fun for older gamers too. 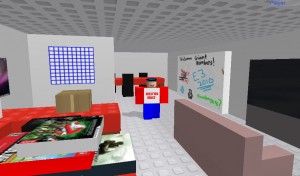 Roblox sees you create and customize a blocky character very similar in fact in terms of appearance to the kind of thing you would find in Lego Universe.

Once you've created your player, you're assigned your own plot of undeveloped land and set free to roam the Roblox universe. This highly creative game sees players design and construct pretty much everything on show, including a wide range of games that fellow players can indulge in.

If you don't feel like interacting with the games or developing your land, you can simply choose to use it as a social networking site, making it an RPG adventure with unparalleled levels of freedom and novelty. 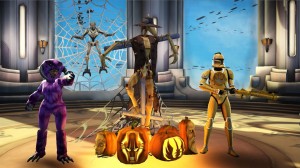 Much like Lego Universe, Star Wars: Clone Wars Adventures sees you select a race or people to play as, and then proceed through a variety of adventures and intergalactic worlds in which you complete challenges to upgrade your character and take part in the battle between good and evil.

New content is released after each episode of the Star Wars: The Clone Wars TV series, a novel touch, but one sadly only open to those willing to pay for a "Jedi" account, which incidentally gives access to a large proportion of what the game has to offer.

Nonetheless, even the free-to-play version has a lot to offer in terms of mini games and character customization, as well as, the ability to interact with your friends and / or make new ones online.

Play them all and let us know what you think by leaving a comment below!

Information provided by Galnix.net-the online gamers' hub - a place where you can find all the latest and upcoming online games and programs.