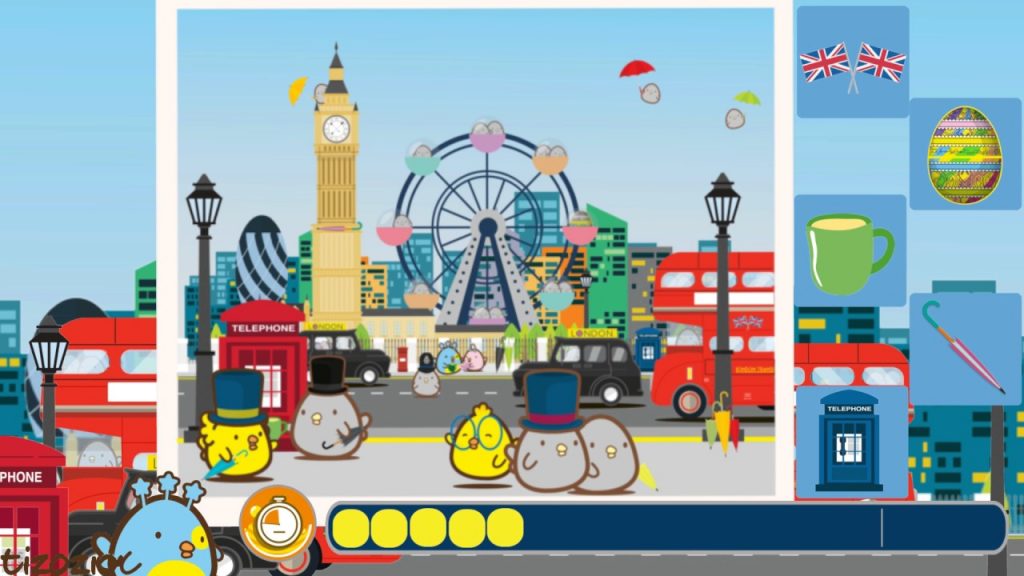 Video games are a kid’s best friends and many people continue to enjoy them in adulthood. Unfortunately for adults, time is always of the essence and quite often they don’t get to spend too much time playing. Even when you are too tired or in a hurry for a difficult and complex game, some of their easy online counterparts can brighten your day. Fun, short and running smoothly on modern smartphones and tablets, they are the perfect compromise that anyone can make.

There are hundreds of alternatives online and it’s virtually impossible to get bored. Developers are tirelessly working on new titles, so prospective players are confronted more often with the paradox of choice than a lack of alternatives. Some also offer gift cards such as AtrexCard in order to incentivize the users. If you want to narrow down the search and start playing right now instead of looking up games on the Internet, these 10 titles are great choice.

This is a fun game to play for anyone who owns a smartphone or tablet, although it can be enjoyed on computers too. The name speaks for itself because Nyan is a one-of-a-kind cat that simply loves to fly. Designed with simplicity in mind, this is a game that is played at a fast pace and is a treat to the eye. The rainbow of colors and the funky sounds will quickly get players immersed into the gaming atmosphere.

Bejeweled has earned its reputation as a classic game and comes in so many flavors that it’s difficult to keep track of all of them. There are plenty of versions online, but they are all based on the same concepts and can provide long hours of entertainment. The classic gem matching game allows players to create star, flame and supernova gems. The most successful players will move up the game center leaderboard and will be able to brag about their success to fellow players.

Now this is one of the games that appeal mostly to those who are equally interested in having fun and winning. Starburst reels are littered with colorful symbols and when winning combinations are created, they are brought to life by vibrant sound effects. It was elevated to the status of classic title and you can find this great game here alongside many other fun alternatives.

The sliding block puzzle game was created in 2014 and it has a very simple concept at its foundation. When playing the 2048 game, one has to slide numbered titles to produce a single one with the number 2048. The learning curve is smooth and once players get familiar with the core game mechanics they have a lot of fun round after round.

Jigsaw puzzles are just as fun to solve in the traditional format and over the Internet. The advantage of playing online is that you gain access to hundreds of such puzzles so replayability is insured. The rules of this game are easy to pick up but difficult to master, so players are always trying to better themselves. It doesn’t require a lot of time but the minutes spent playing are intense and keep players hungry for more.

Yummy Pizza Kitchen is an amusing mini game that challenges players to manage a virtual restaurant selling pizza. You will find customers to be very demanding and it won’t be easy to keep everybody happy. This is the price to pay to expand your business, but each successful order will give you a sensation of triumph. Success is the best incentive for people to persevere.

Farmville is another classic game made famous by Facebook. Players cultivate the land, plow, plant and harvest crops while also caring for farm animals. What makes this game so popular is that players can share their success with their peers. Farmville is also an interactive game that encourages players to cooperate to grow their farm.

Escape games are hardly a novelty, but they have emerged as a great choice for online players. Point-and-click adventure titles require players to find a way to escape. They need to use the environment and find clues, while manipulating various objects. These games are a good choice when time is short and you seek a challenge without committing too much time.

The best games are not only fun to play but also stimulate the Internet and online crosswords are a shining example. They can require more time to complete, but the upside is that you don’t play in real-time, so there is the option to pause and resume.

Inspired by the Puzzle Bobble game released more than two decades ago, it was brought to mobile devices in 2010. Players try to reach the bottom line of the screen by creating groups of at least three like colored objects. It has four difficulty levels and two scoring modes, so it’s both fun and competitive.