What if you get 10 best games like Stardew Valley that give you immense pleasure. We know that you love to play Stardew Valley game as it is fun and enjoyable. In actual Stardew Valley is an indie farming video game which is developed by Concerned Ape developers and published by Chucklefish. Furthermore, it is also a single player role playing video game which is enjoyed by dollars of users. However, if you love this farming simulation game and you wanted more games just like the similar one then we have the list for you. So try out something similar like the above mentioned games. 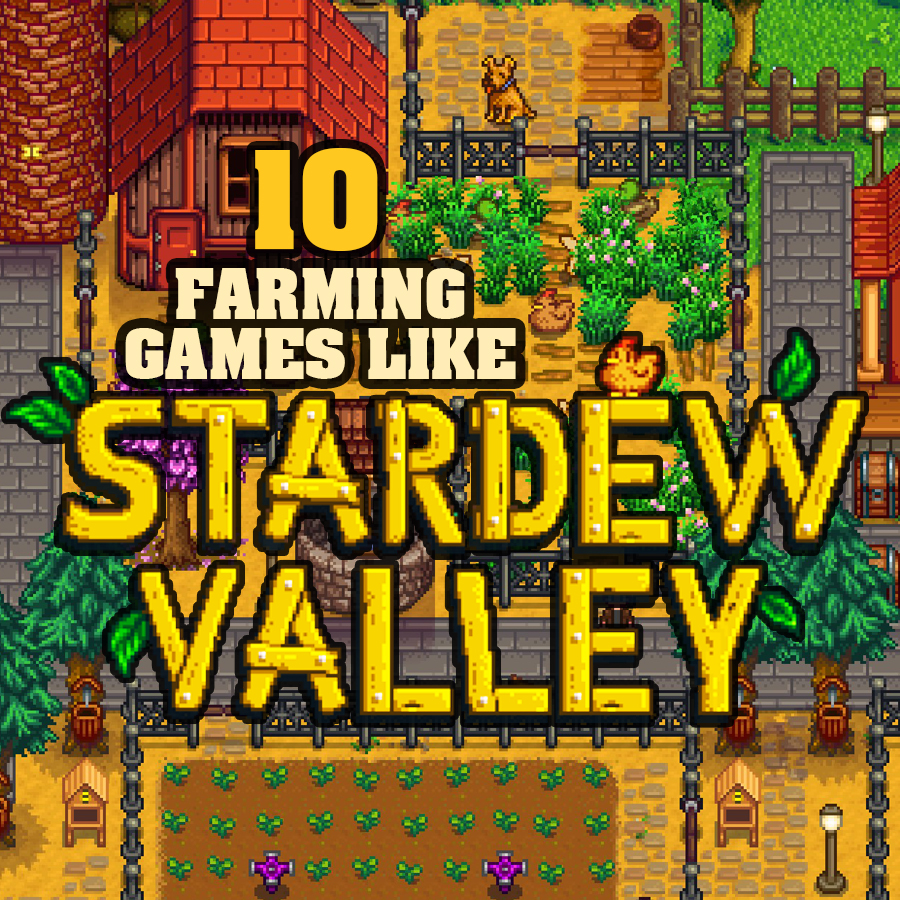 Fantasy Life is a game you are dreaming about. It is a role playing video game by Level-5. Now you can change your life visiting the fantasy world of Riveria. Also, explore different places of the world along with pirate captain’s destination. You can also unlock several features and defeat the enemy by fighting the monsters. As the game progresses, players need to unlock quest and characters to join him fight the enemies.

Harvest Moon is another game like Stardew valley. In addition to it, with a lot of game elements, they are the best farming games. However, the main motive of the video game is to restore the farm that has been destroyed. Finally, while playing the game the player takes a decision how to relocate the farm by farming, raising livestock, fishing etc. Now you can enjoy this single-player game easily.

Shepherd’s Crossing has a quite similarity with Harvest Moon. In actual, while playing the game you will be acquainted with its anime-like graphics quality. We love this game because of its sandbox style. Also, you can ignore those game modes that you dislike and continue playing that makes you happy.

Remember Animal Crossing, Castaway Paradise single-player video game has the same features. However, in this game you can help animals to get in to islands safer in a better shape. Apart from that you can go for fishing, catching bugs and more. You can also grow plants and change your characters dresses. Also, you can rock during some special events and occasions within the game.

When speaking about the best games like Stardew Valley you should play, World’s Dawn never miss a chance? They are also the top simulation game that lets you choose what you want to do. Here players enjoy growing crops in the farm, fishing, raising livestock and sometimes even hunting if you prefer. Above all, this game offers many game life simulation elements that you need in a farming game.

What if everything is dark and lousy in the game? Well, Don’t Starve game is just the way we have described. This game is covered with unlimited monsters on the go where you have to learn different tactics to survive. This means you have to earn power to defend monsters. Since, Don’t Starve is an action adventure game one has to keep on defending to survive till the last.

Initially, it is a life simulation video game where a player plays the role of a Mayor to look after the town full of animals. Just like other games, Animal Crossing also involves in activities like fishing, mining, talking with each other etc. Furthermore, release first in Japan many critics has also given a positive review about it.

Along with role playing game elements it also offers some exciting features like dungeon, exploring, mining, and farming. The main feature of Rune Factory 4 is crafting shoes, and other equipments are the game mode. And instead of just farming in a village, this game offers more exciting journey like managing the whole game. Also, one needs to discover evil forces to defend the whole town.

Usually what you do in a farming game? Well, you visit the farm, start farming, and then try to protect from all the disaster including the bad weather condition. You also grow crops, and later sell it off. This is quite fun isn’t it but at the same time you may get bored with the same task.

Inspired by Stardew Valley game, Wild Season is a simulation game. Although there are some similarities among the farming game but Wild Season has its own concepts. The main character rebuilds the farm in a rural town and starts farming season. In true sense, this game is a real alternative of Stardew Valley.

So, this all about best games like Stardew Valley you should play with. And, you must understand that there is no better game than life simulation farming adventure. We have given varieties of role playing game here in this above list. Pick any one if you are tired to play Stardew game again and again. Choose any one as all of them offers exciting adventure to spend your leisure hours. Now turn on your PC and start with the exciting journey of your favorite games.